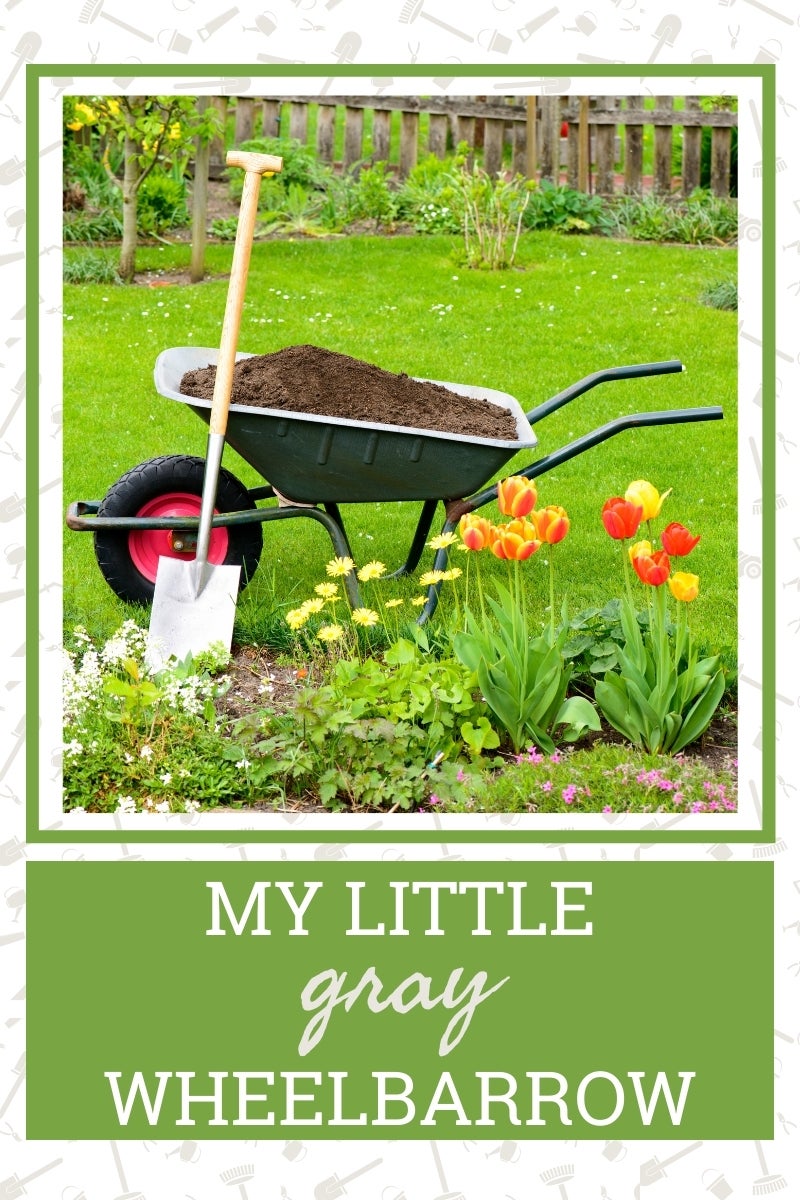 I grew up in central Alaska, and we didn’t have ornamental plants or a garden. What we did have was a huge backyard of stunted spruce trees and a wheelbarrow. That wheelbarrow was the only gardening tool I remember, and there was no end to the things it carried.

I have no idea where we got our wheelbarrow. I have seen it in photos in front of the trailer my parents lived in before we kids were born, before my dad built the house. It was frequently full of split logs and that may be what it was used for most: carrying logs from the woodpile to the door of the house.

We used the fireplace as a heat source during the long winters when temperatures dipped below minus 70 Fahrenheit. This was a lifesaver when the pipes froze in the winter, effectively eliminating the hot water heating.

My sister and I called our wheelbarrow the “little gray wheelbarrow,” although it was a rusty red. I am certain we named it after some line in a children’s book. But though I have reread all of the books I can recall to my own daughter, I have never been able to find mention of it.

Once we went so far as to repaint the wheelbarrow gray, a rich, dark shade that looked quite fine. But we didn’t prime the metal correctly beforehand and the paint peeled off before that summer was over.

You may be thinking that this wheelbarrow, as a garden tool, must have helped in the garden in some way. Alas, that is not the case. Though summers were only six weeks long, the sun stayed in the sky almost the entire time, giving Alaska the nickname “the land of the midnight sun.” But we never grew crops or put in a garden.

Still, our wheelbarrow had a moment of glory when it carried vegetables for a good cause. My mother’s family was from New Jersey, and her mother, my grandmother, came to stay with us in Alaska one winter. She was losing her mental acuity, perhaps developing dementia. During her stay, she often thought she was back in New Jersey and wanted to go outside and work in her garden.

One day my sister and I saw my grandmother standing at the front window crying. She said that the potatoes were ready and needed to be harvested, but it was winter and my mother would not allow her to go out to dig them. We kids came up with a plan. We visited all of the neighbors up and down the street, borrowing potatoes. We piled all of them in the wheelbarrow and wheeled it by the front window. Grandma thought that we had harvested her crop and started clapping her hands happily. That was our little gray wheelbarrow’s finest hour.