Hopeful For Luck In The Garden Each Season 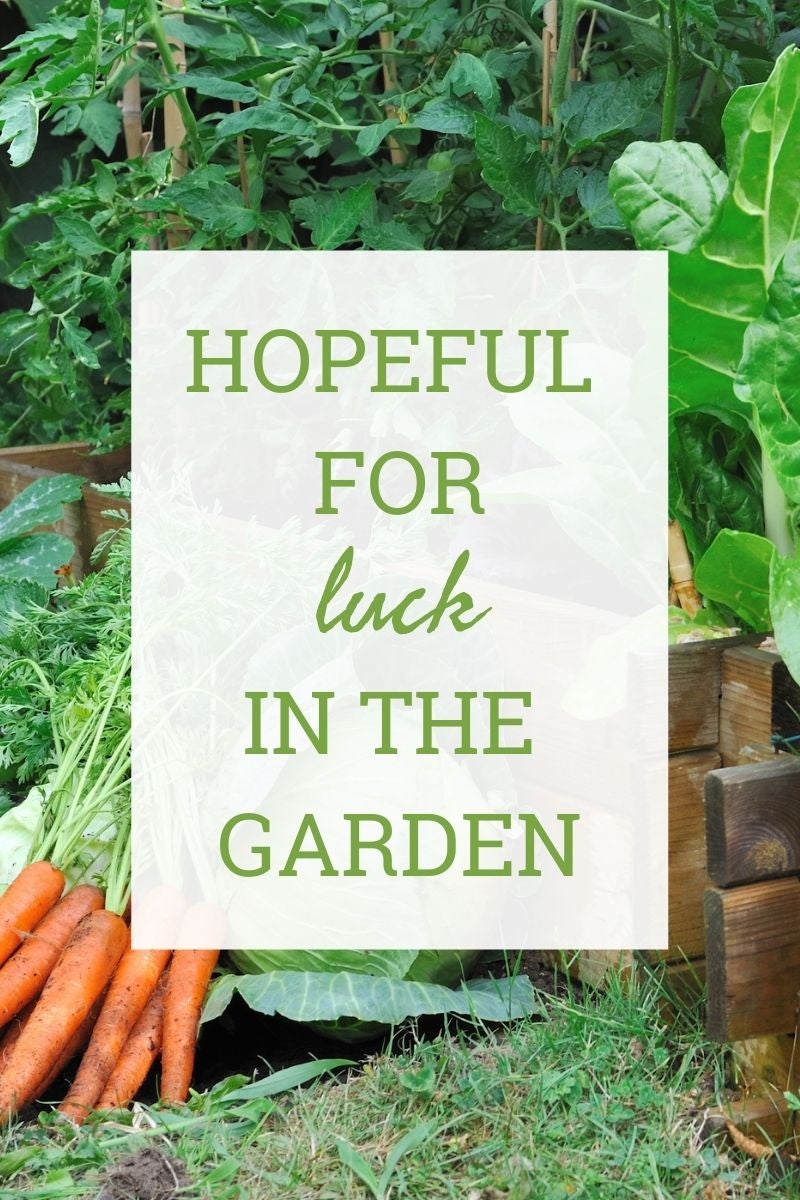 If there were a song that best represented my garden, it would have to be With a Little Luck by Paul McCartney and Wings. Each season in the garden offers new hope, and “with a little luck,” it will flourish. Of course, this doesn’t always happen quite the way I want it to. Mother Nature usually has other plans.

Hopeful for Luck in the Garden

I always hope for the best with every new gardening season but prepare myself for the worst. I believe in being hopeful but not to the point of having my heart crushed should something take a turn for the worse. I used to do that. I would work so hard trying to make the garden perfect only to deal with the crushing blow of defeat once something went wrong, which if you’re gardening, regardless of how long, something usually does. I would end up questioning myself as a gardener.

I’ve since learned that it’s normal for things not to go as planned. In fact, I quite often turn to Plan B or other letters of the alphabet before getting it right. The garden will not be perfect, nor does it need to be. As long as I’ve managed to get something to grow, I’ll take that as a win, even if it’s nothing more than a blade of grass or a weed that’s somehow found its way into the garden.

With a little luck, my tomatoes will produce whopping sandwich worthy fruit. I just might harvest enough greens for a meal or two. The squash and cucumbers will not fall victim to powdery mildew. The Japanese beetles won’t run rampant, skeletonizing my prized roses or dahlia plants, of which they seem to favor.

With a little luck, I’ll actually get some sunflowers to grow rather than having the seeds feasted upon by squirrels or birds digging them beforehand. Maybe I’ll be lucky enough to successfully grow beans again. The weather will be better with the next season – no hellish temperatures, no drought. Planting schemes will commence as planned and the garden will be prosperous and beautiful”¦ again, with a little luck.

Whether luck or wishful thinking, I’ll keep plugging along. I’ll stay hopeful and somewhat optimistic until that first heat wave comes or the pesky June bugs return, making a mockery of my garden. Like any relationship, there will be ups and downs. I’ll look forward to each and every moment, good or bad, and take whatever triumphs I can get along the way. I’m a gardener. With a little luck, I’ll get it right one day.