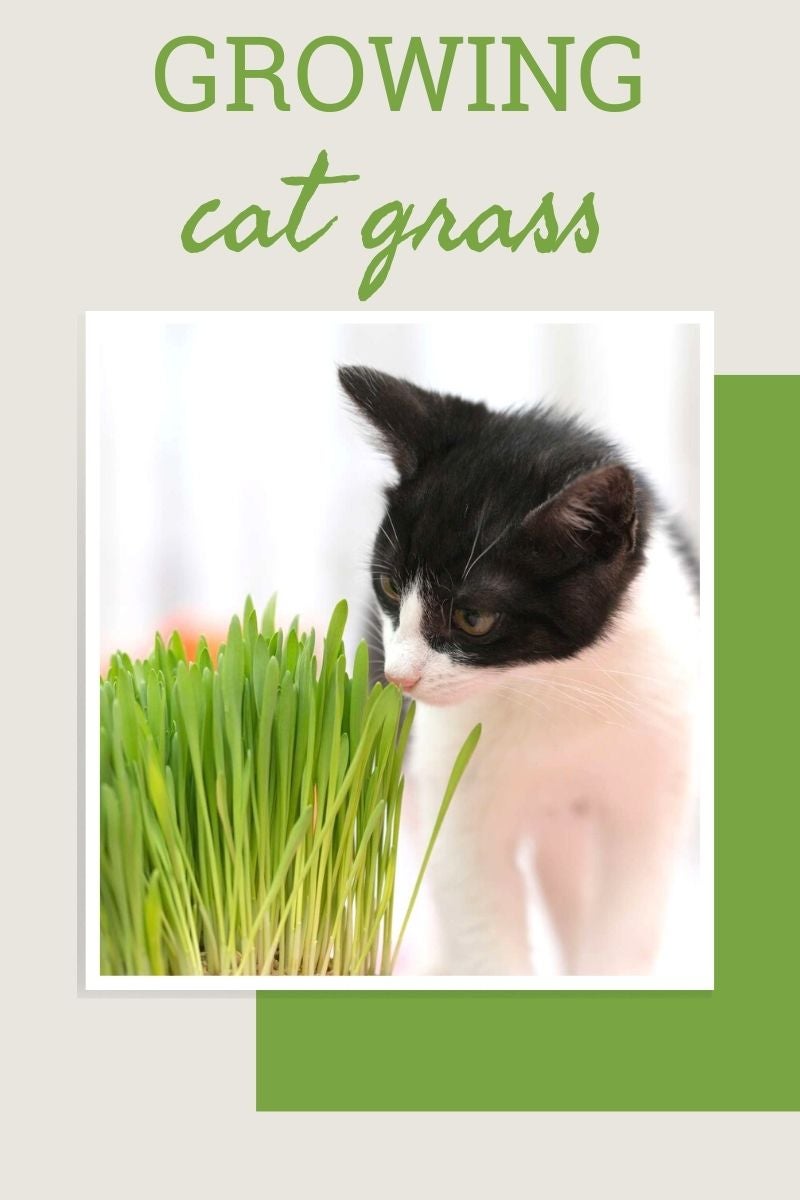 Seed expiration dates are one of those cautionary tales bandied about by seasoned gardeners. Most companies put dates on the packets and seasoned growers that save seed do the same. Sometimes though, your favorite variety can be hard to find and there is nothing to do but try old seed. Surprisingly, this sometimes works.

I’m pretty good at watching the seed expiration dates on my packets. I use an expandable folder to keep all my veggie seeds organized and always put the oldest ones in front. Usually, I have no issues sprouting older seeds, but occasionally it has been an issue. This is not the case with cat grass. My magic kitty grass is seriously old.

Neither of us know how old the cat grass seed might be, nor does it seem to matter. It is at least a decade old and made of rye, wheat, barley, oats, and other cereal grasses. We are growing cat grass constantly because we have six of the little darlings and they only like the fresh sprouts. I purchase magic kitty grass annually, but we always run out and end up getting into the old packet to tide us over until we get more.

Interestingly, this ancient seed never gives us any trouble. It sprouts readily and the cats love munching on the tender shoots. It makes me curious about how long farmers can save any leftover seed, or if they get new seed every year.

What Is Cat Grass?

Cat grass is an annual grass. It needs to be sown every few months for fresh blades.

Growing cat grass is super simple. You just need potting soil and a little moisture. It sprouts best when there is a little warmth, but we can sprout it fairly easily in winter indoors. It needs light watering and will sprout in under a week. We keep a pot of the stuff inside during winter and another outdoors the rest of the year. I don’t plant it in a garden bed because it will seed and then I might get it everywhere.

The grass helps the cat’s digestive systems by providing folic acid which acts in a laxative fashion, helping to evict hairballs. The cats really seem to enjoy grazing on the stuff, but it occasionally comes back up the other direction, which indicates an obstruction. Usually that results in a hairball on the floor but is otherwise not a bad thing. Cats are uncomfortable with hairballs stuck in their gullets, so they are much happier after the event is over. As a longtime cat parent, I am used to the icky tasks of clearing away their hairballs.

We are almost out of the old seed, so I will get more soon. Since we live in grain country, I have considered getting some of the spilled seed from the grain silo but have since rejected the idea. I don’t know if the seed is GMO or has other taints, and don’t want my fur babies subjected to such stuff. So, I will source organic cat grass especially made for felines. That will ensure healthy plants that are good for the cats. Very likely, I will end up with some older packets again, as we try to keep up on the animal’s greenery needs. I am confident it will still sprout and provide nutritious blades for continued hairball management.