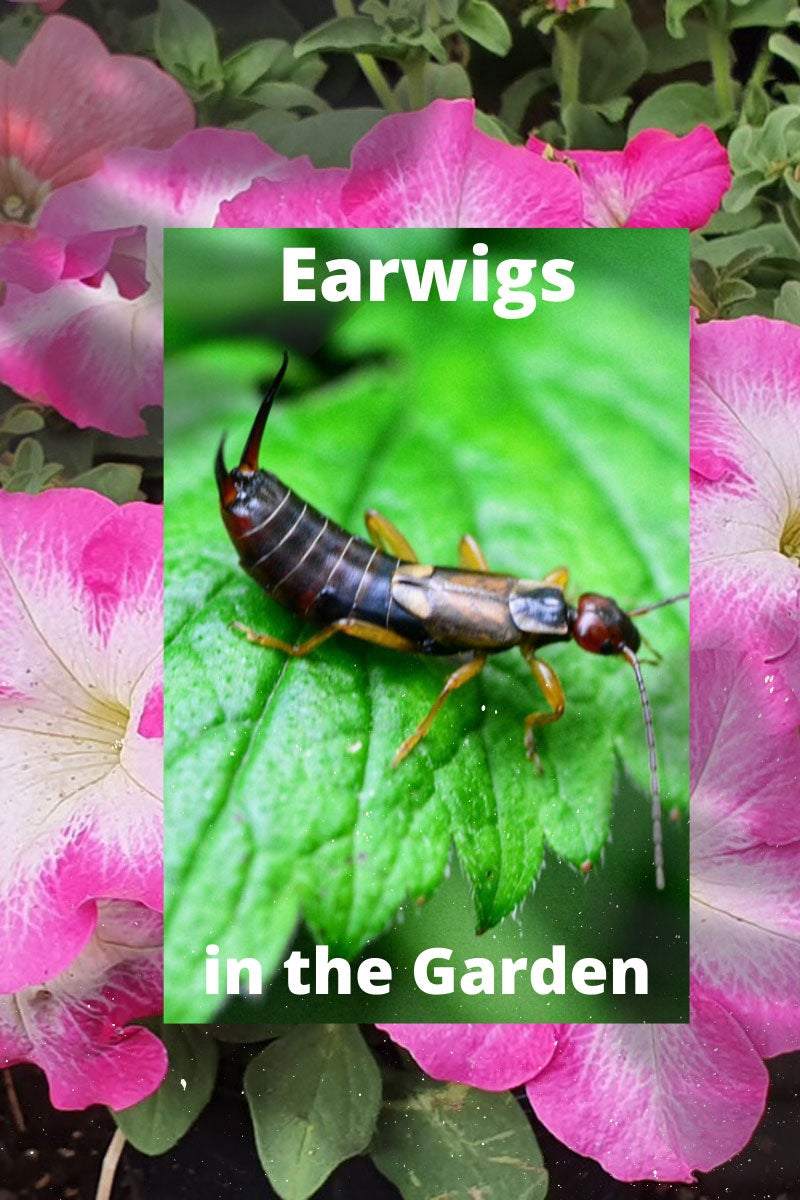 As a gardener, I expect pests. And most don’t creep me out too much. I’m used to them. One that really makes my skin crawl, though, and which seems to love my patio, garden, and containers, is earwigs. I’ve spent years battling these critters and we have reached a bit of a truce.

As a kid, I grew up in a beautiful neighborhood with stately, tall oak trees. I didn’t appreciate it enough at the time, of course. In fact, I was even resentful. I developed an early love for gardening, but the shade in our yard limited plant choices.

As an adult with my own home and plenty of sun-soaked beds, I was finally able to plant my favorite annual that thrives in sun: petunias. Imagine my disappointment when, seemingly overnight, earwigs turned my pretty flowers into a tattered mess.

With a little research I learned that these critters love the conditions I provided. The moist, rich soil and mulch under my containers and in my flowerbed allowed them to thrive. They hide underneath and creep out at night to feast on the flowers.

My Tips and Tricks for Managing Earwigs

Pesticides were not an option. I prefer organic gardening, so over a few years I tried some different strategies. While I have never been able to totally eliminate earwigs in the garden this way, we have come to an understanding and they do much less damage now than in the past.

I still have earwigs in the garden each year, but the problem is much less significant. My petunias look better than ever and I haven’t had to resort to chemical pesticides.