A Memorably Maxed Out Pumpkin 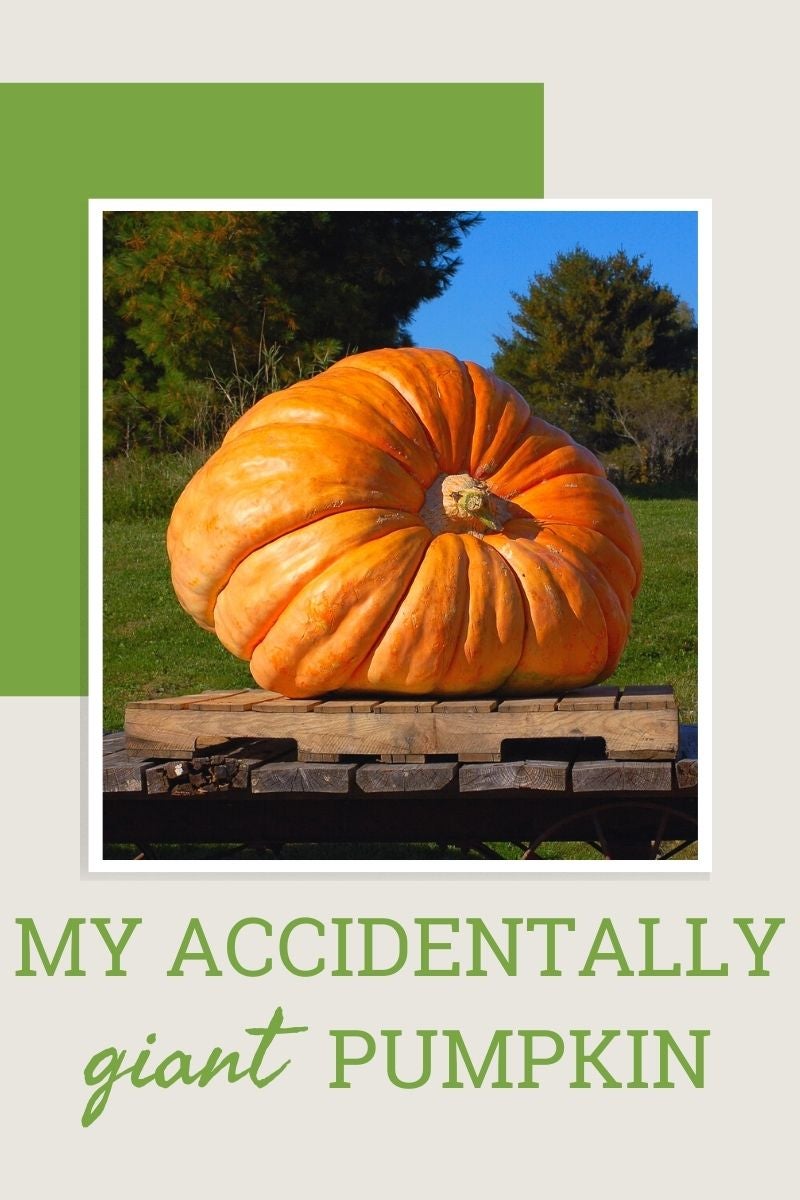 I love fall. Something about the crisp turn of the weather combined with quirky holidays causes a nostalgic smile to spread across my face.

The tastes of autumn are so distinct. As a child, I would’ve gone on about candy, cookies, and pumpkin pie, but now I’m all about the produce. My mouth waters at the thought of fresh persimmons, guavas, apples, pears, a multitude of brassicas, and – the quintessential fall fruit – the pumpkin.

I grow pumpkins every year and the results are usually varied. Unbearable heat and summer vacations lead to neglect in my garden and by the time I’m back in the swing of things it’s almost the new year. By mid-summer I’m often scrambling to purchase more seeds, which leaves me with some strange plants growing in my garden. That’s what happened last year and I ended up accidentally growing the biggest pumpkin of my life.

The only reason I ever grow pumpkins is to carve them. I love Halloween, and carving pumpkins – especially homegrown ones – is something I look forward to.

I was in the thick of my annual summer seed scramble when I absent-mindedly purchased Big Max pumpkin seeds. Had I taken a moment to look at the seed packet, I would’ve realized my mistake, but instead I carelessly clicked away. The seeds arrived and I squeezed in some time to sow them. Eventually, they made their way into my raised beds.

I’ve always struggled growing hard squashes and gourds in my garden. When they’re small and tender, I’m often forced to share my cucurbits with the furry friends of the neighborhood. Last year was no exception and by late summer there was only one pumpkin left.

The plant thrived and the little pumpkin grew quickly. It was a busy summer, as usual, and when I checked on the pumpkin a few weeks later I was shocked by its growth. Somehow it had grown outside of my raised bed and seated itself firmly between the side of the bed and a wooden fence. It had also swelled at an alarming rate, which I assumed was because it was all alone. That was mistake number two.

A week before Halloween my mind returned to the pumpkin. It had been growing between the bed and fence for weeks and when I realized just how large it had grown. Not only had it doubled in size, but it was also firmly wedged next to the bed. Finally I decided to double check the seed packet.

Turns out Big Max pumpkins live up to the name: they’re big. They often grow massive, weighing over 100 pounds (45 kg.) with a diameter of three feet (.9 m.), sometimes more. I couldn’t help but laugh at myself while I spent 30 minutes removing the giant gourd. Growing in that crevice had horribly misshapen it and once I got it out I realized it wouldn’t fulfill its Halloween destiny.

I still propped it up on my porch that October 31st: all 78 pounds (35 kg.) of it. Strangely enough, everyone loved it. That ugly, misshapen behemoth got more positive comments than any jack o’ lantern I’ve ever carved. Despite the strange success, next year I’ll make sure to read the seed packet.