Memorable Moments: Growing Potted Roses In The City Of Roses 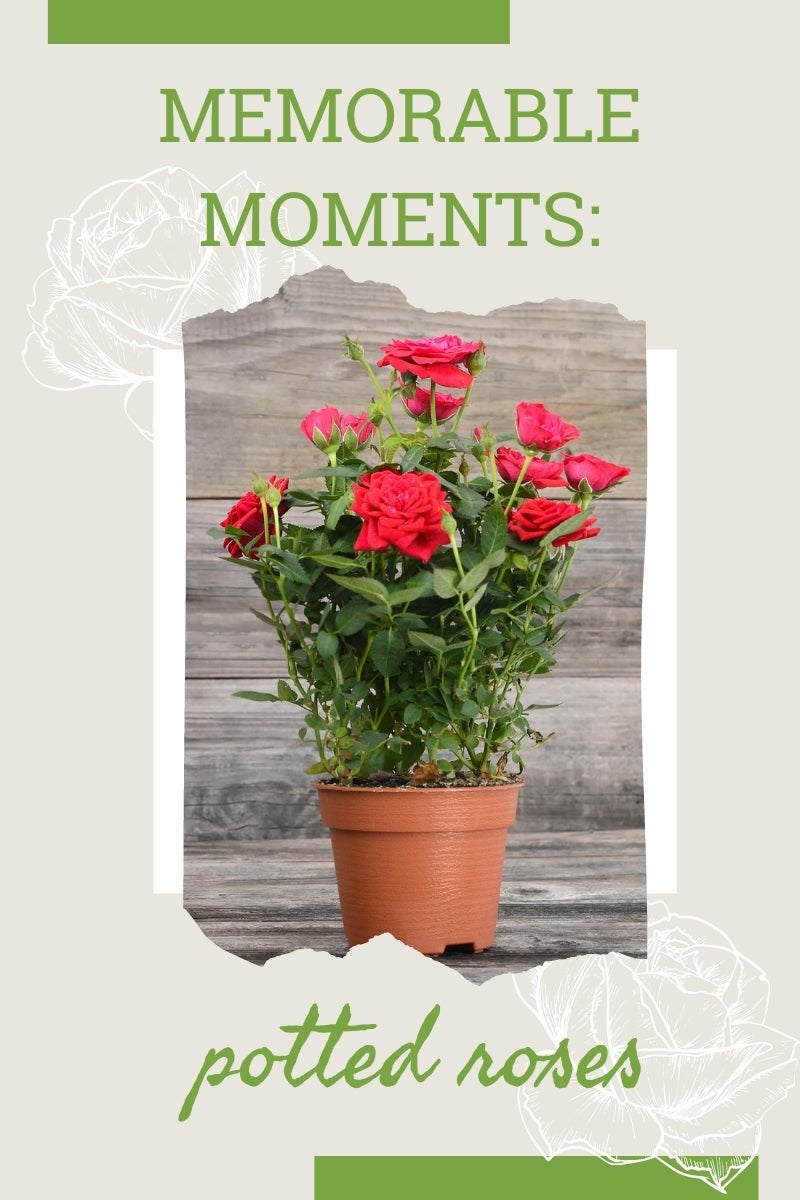 Portland, Oregon is known as the “City of Roses,” for good reason. Roses are absolutely everywhere – in every garden, every city park, and anywhere with a small patch of soil. Roses love the rainy, mild winters and warm, dry summers of that marine climate.

About the City of Roses

Roses have been loved in Portland for many years. Blooming bushes lined 20 miles of Portland’s streets during the 1905 Lewis and Clark expedition. My grandfather wrote about attending that event. He didn’t mention roses, but he wrote about Miss Liberty, who succumbed to pneumonia soon after that historic but rainy parade.

The rose city is also home to the International Rose Test Garden, the oldest continually operating rose test garden in the nation. The garden was created in 1915 to serve as a safe, bomb-free place for hybrid roses grown in Europe. It is home to 10,000 rose bushes of more than 600 varieties. A visit to the garden is something you won’t forget.

My husband and I owned a condo on the edge of Portland. While the grounds were beautiful, we didn’t have much of a yard. We did, however, have a lovely little courtyard, which I figured would be perfect for growing roses in containers. We were in Portland after all, what could go wrong?

We trekked to Al’s, my favorite garden center in the Portland area. I chose four beautiful rose bushes. We planted them in “Smart Pots” filled with a mixture of potting mix, compost, bark, and manure.

My roses were beautiful that first year. Julia Child with big, buttery yellow blooms. The Peace rose in honor of my mother (it was her favorite), showed several of the familiar, rosy pinkish yellow roses. One was a type of chocolate rose with blooms an interesting shade of rusty, brownish red. Lastly, a deep pinkish red knockout rose (easy to grow and impossible to kill, or so they say).

By the second year, my lovely rose bushes had developed every fungal disease known to man, or so it seemed. I tried everything I could think of, but it was no use. My roses all succumbed, including that hardy knockout rose.

I was disappointed, to say the least. After all, my mother grew beautiful roses in the punishing cold winters and hot, dry summers of eastern Oregon, but I couldn’t get them to grow in the perfect rose growing climate of the City of Roses!

I may have simply killed those roses with kindness. I think the soil mixture was too rich, or maybe too acidic, which can occur if the pH is off. It’s also possible that pathogens were in the media that I mixed to fill the container. It seems unlikely but maybe the Smart Pots didn’t drain? I’ll probably never know what happened.

Then, there’s my attempt at growing petunias in Phoenix, Arizona, but that’s for another day.