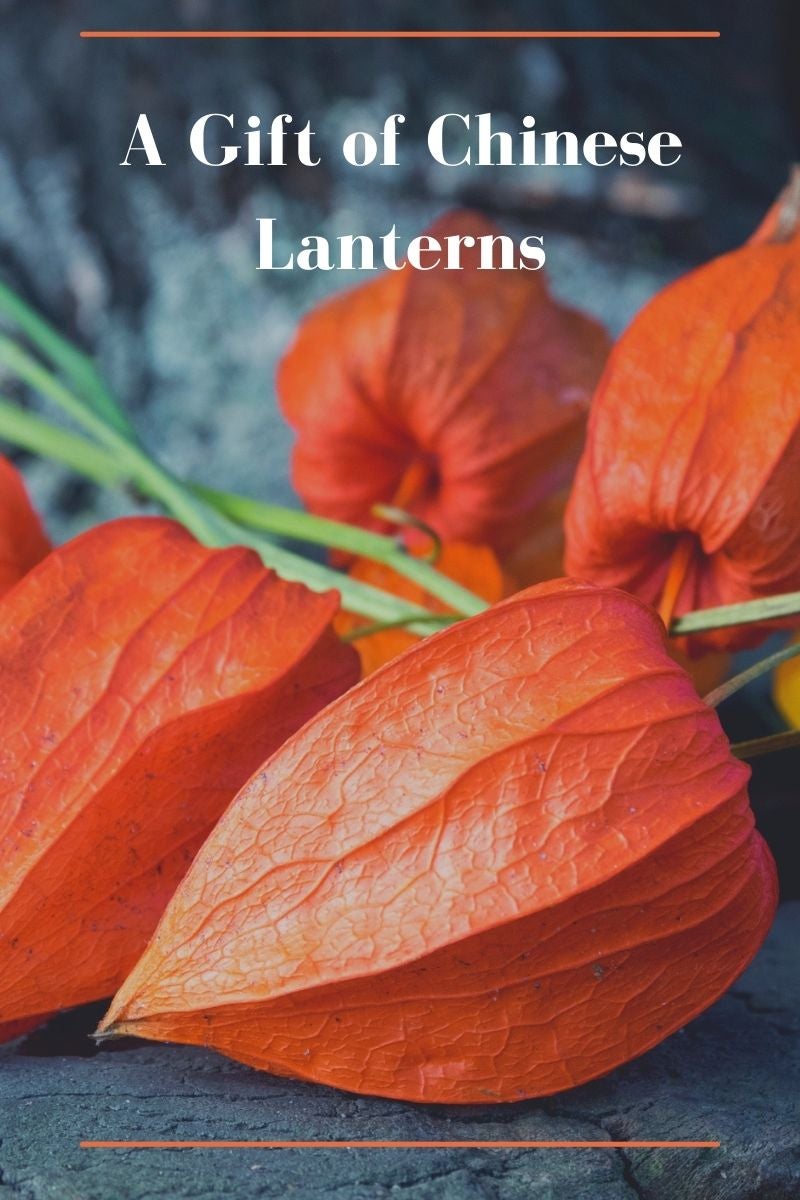 I’m a sucker for any plant with little, lantern-like papery pods encasing fruits of seeds. I love them all, but the only papery seed pods I’ve been given were Chinese lanterns (Physalis alkekengi). Since the fruit isn’t particularly good to eat, I had no reason not to plant them. If you’re a fan of papery seed pods, planting Chinese lantern seeds might make you happy too. I’ll tell you how the story went for me.

It was my birthday and I’d organized a little party, setting out quite clearly the “no gift” rule. Among those invited were devoted gardeners like myself (gardeners tend to find other gardeners in this world) so I set the table outside.

One of my gardener friends brought me a wrapped box with a bow around it. She told me it wasn’t a “real” gift, so she wasn’t breaking the rules. I untied the ribbon and opened the lid to find the box contained a bouquet of several branches of Chinese lantern plant, each with papery seed pods, a brilliant orange-red.

I had long admired my friend’s Chinese lantern plants, so I knew just what the pods were from. These beautiful plants produce shiny leaves the shape of hearts and white flowers that turn into the fabulous pods, officially called calyxes.

My friend grew her plant in a large pot on the back deck. She said that the plant’s rhizomes could be invasive if you didn’t contain them. That way she could plant Chinese lantern without worrying about letting them out into nature. Almost immediately after opening the bouquet, I had the idea of using the seeds to grow my own Chinese lantern plants.

I have to say, planting Chinese lantern seeds is more difficult than simply appreciating the papery seed pods’ ornamental value. As it turned out, it is a fairly delicate operation. I tied the little branches and hung them upside down until the seed pods dried and the seeds fell.

I planted them in a seed starting six pack on a hot pad so that the soil stayed around 70 degrees F. (21 C.). I kept the soil moist and saw shoots appear after about two weeks. After that, I let the sprouts develop, then transplanted them into two pots in the garden. Some lived, some didn’t- I am not providing statistics! I did, however, end up with two wonderful Chinese lantern plants filled with the same, stunning seed pods each summer.