The Most Interesting Seed I’ve Been Given – Kaffir Lily 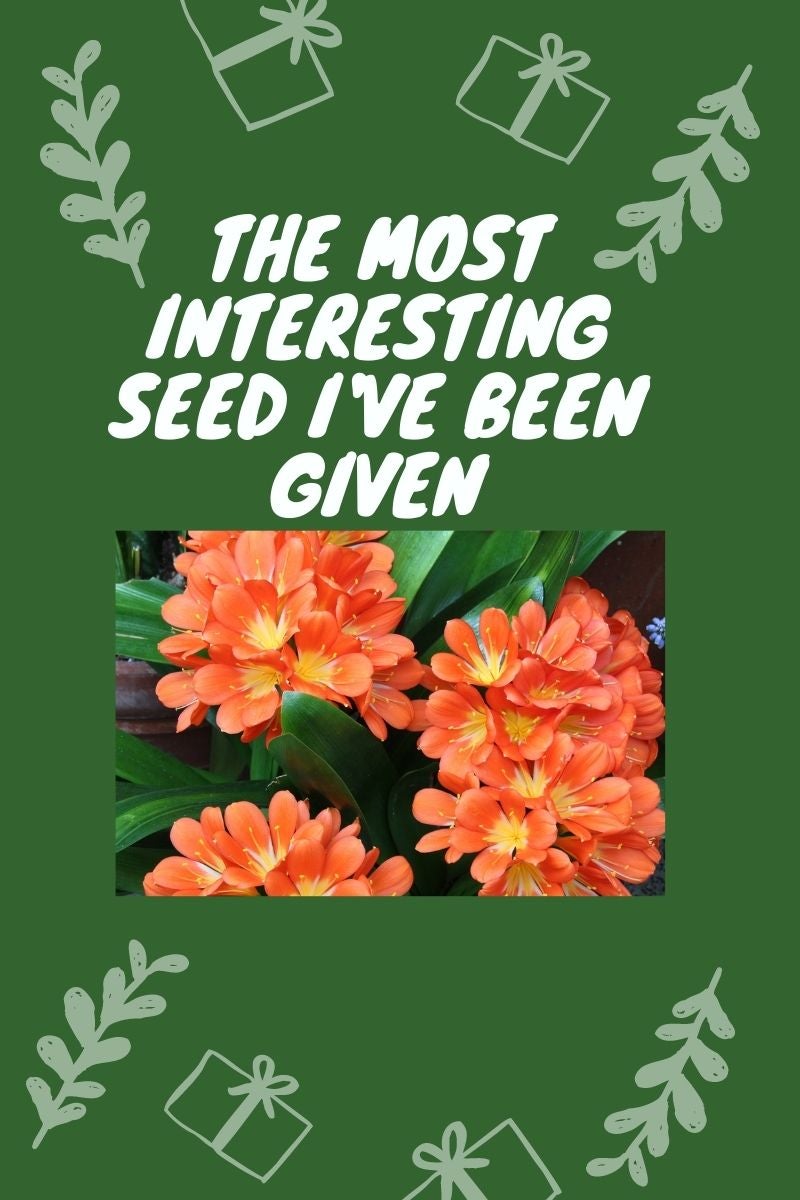 My twin has a lovely Kaffir lily. I don’t know where she got it, but she has had it for almost two decades. It produces a bright orange cluster of flowers on a long stalk faithfully every year. Naturally, I wanted one as well. She gifted me with some of its seeds and the rest is history.

The Kaffir lily is also known as bush lily or Clivia. It is not a true lily, but it does have lily-like flowers. It sports wide, strappy, glossy green leaves that arch out appealingly. Over time the plant will also produce a baby or two, smaller copies of the parent plant as offsets. The easiest way to propagate a Kaffir is by separating the babies away from the mama plant. Simply pot those up and you will have a whole new plant that will bloom for you in a few years.

Another way of growing Clivia is from its seed. After the brilliant blooms have dropped their petals, a small series of pod-like structures remain. Bush lily pods are green and spherical, much like a berry. They should remain on the plant for almost a year, until ripe. The color will change to orange red and break open. When it breaks open, harvest the seed within. The seed is a glossy black

I read that you are supposed to soak the seed overnight in a glass of water with a drop of bleach, so I did that. Put the seed wrapped in a towel in a plastic bag and wait for germination. Then wait and wait for a long time, up to six weeks. The seed needs to be kept moist and warm but doesn’t need sun until it germinates. I checked the bag frequently to make sure the towel was still damp, and no rot was forming. Once you see little roots it’s time to put it in soil.

To grow the seed, use a sandy potting mixture. I placed the seed on the top of pre-moistened soil. To be quite frank, I acquired an offset from sis, long before I had a discernible plant from the seed. It’s always fun to try something new, so why not. Anyway, the seed finally sprouted leaves after much patience. Once it was big enough, I potted it up into a container it could grow in. My seeded lily didn’t produce a flower for about three to four years. It is now a proud member of my houseplant family and quite lovely.

I treasure this Kaffir both for its beauty, but also because of the new growing tricks it taught me. It is also a gift from my sister, with whom I share a close bond. Even when we lived away from each other we would send pictures back and forth of the blooms each year. It was fun to have the same plant and eagerly await the arrival of the flowers. It brought us even closer, I like to think.