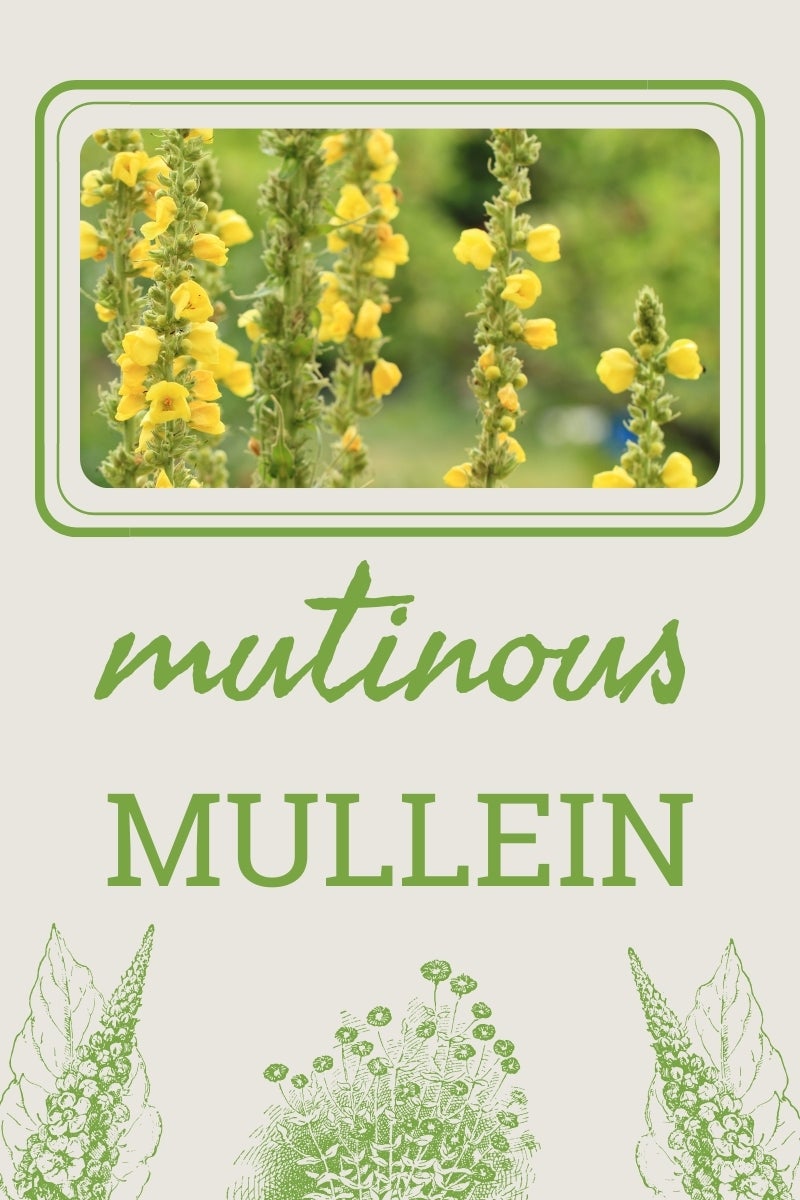 Some time ago, my sister was growing these absolutely enormous plants in her yard. They were extremely tall with yellow blooms and looked rather fuzzy a bit like an overgrown lamb’s ear.

I was intrigued. She told me it was great or common mullein (Verbascum thapsus) and that I should know it. On closer inspection, I did recognize it. Mullein is commonly seen along roadsides in my neck of the woods but they weren’t usually this tall. Seems the common mullein enjoyed the perks of rich soil and plentiful water in a tended garden.

Anyway, I wanted some of these beauties for my garden. My sister obliged and gave me some seed. I had done some research and knew these plants to be biennials so I didn’t expect much the first year; the plants leafed out into low rosettes and stopped growing. But the next year! They were spectacular — six feet tall topped with small yellow flowers.

Then things took a turn. In the third year, it seemed my garden was overrun with mullein. These pampered weeds self sowed everywhere! I almost couldn’t pull them out fast enough. Hence, they are termed a weed and can be a problem in temperate regions; and my backyard.

Since then the house I lived in at the time has been sold (sorry about the mullein, new owners!) and I have resisted the urge to propagate any potentially invasive or prolific “weeds”. I did however recently plant a mullein, just as showy in its own way but not as invasive as the great mullein.

The new baby is called Verbascum ‘Dark Eyes’. Much more compact than common mullein but topped with adorable spikes of creamy yellow blooms accented with bold maroon centers. I do need to remember to dead head lest these beauties self sow too prolifically; they are a mullein after all.