My Beet Beats Your Beet 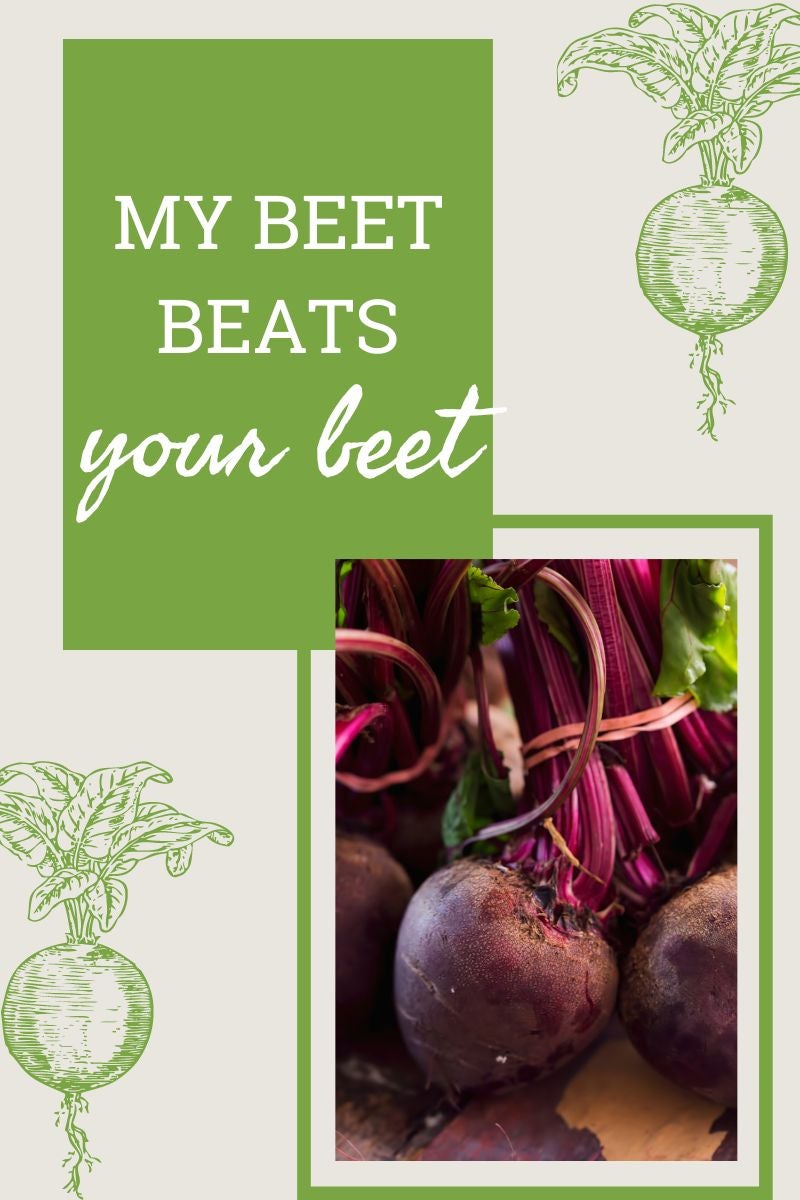 Beets are not just easy veggies to grow, they are also among my favorites. I love oven-roasted beets, beet salads and beet soups. Since beets grow relatively well in foggy San Francisco, they always get a place in my spring garden.

Beets are root vegetables, which means you don’t see your crop as its growing. That means that if you happen to have grown an enormous beet, you don’t have any idea until harvest day.

“Beet roots,” as beets are often called, are a colorful, cool season crop that is easy to grow from seed. They can survive chilly weather down to near freezing, but grow best in well-prepared soil in full sun.

There are many different kinds of beets. Typically deep red, some beet varieties are yellow, white, or striped. Beets also come in different shapes too.

Beet roots can be harvested at different points in their development, starting from the time a beet is the size of a golf ball. But beets can grow much bigger. How big? You see them in the markets the size of large oranges.

And don’t forget the greens. Beet leaves are very nutritious cooked as leafy greens. They have a delicious and distinctive flavor and can be served on their own or mixed with other cooked greens.

I always put beets into my spring garden and sometimes into my fall garden. The beets don’t tend to get attacked by bugs and usually grow pretty quickly if there is enough sun.

Generally, my beets stay small – about the size of a kiwi. But sometimes I head to France in the middle of the growing season and find surprises waiting for me when I get back. This was the case last year. I finally returned to San Francisco in August, and found my beets still growing.

Since they were four weeks late for harvest, I went ahead and pulled them out. To my amazement, they were huge. The biggest beet was the size of a cantaloupe. I took a few photos, but later had to toss the beet. It had turned tough and woody, but my gosh, it was the biggest beet of all.