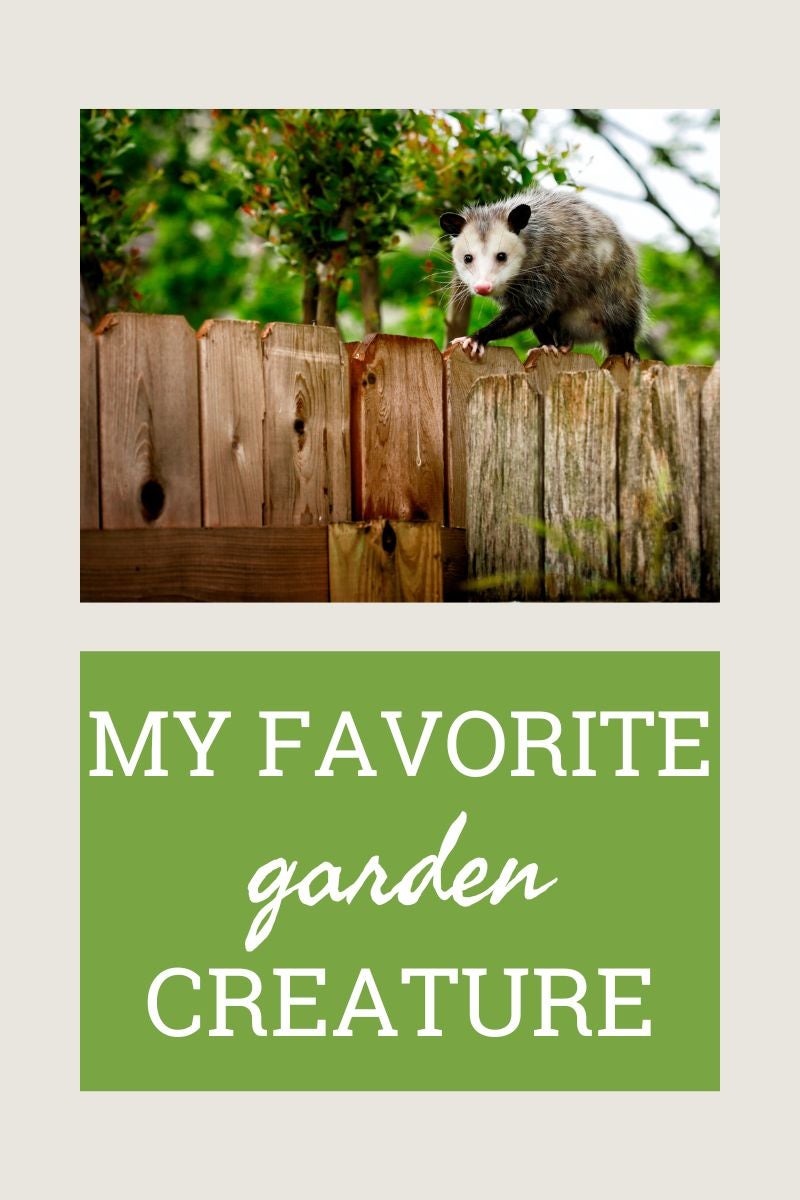 Though insect pressure and disease are among the most common problems encountered in the home garden, many gardeners find themselves in dismay due to damage caused by nocturnal animals. Even in my own urban vegetable garden, I would frequently awake to find the vegetable rows in ruin. I was certain that a group of opossums had taken up residence in my growing space. It wasn’t until I learned more about this humble species that my opinions began to change.

The common garden opossum, also known as the Virginia opossum, definitely has a bad reputation. With their gnarled teeth and long, rat-like tail, they certainly aren’t the most beautiful creatures. I could only assume a small family of opossums to be the culprit of my raided tomato plants. It wasn’t until I had set up a small field camera in the garden, that I captured a group of rowdy raccoons in the act.

Once set to research, I quickly found that opossums actually do have quite a few noteworthy qualities. Though I had spotted the animals eating in my garden before, it was unlikely that they had caused the damage to the plants themselves. Rather, they were more likely to be helping to “clean up” the mess that the raccoons had left behind. Opossums are also known to eat many types of rotten fruits that have dropped to the soil.

In addition to being the only marsupial native to North America, I was delighted to learn more about this animal’s dietary habits in the garden. I was intrigued to find that opossums frequently eat snails, insects, mice, and even snakes. In fact, opossums are even immune to many types of venomous snakes.  Opossums are also known for their ability to eat ticks. Researchers have even estimated that a single opossum can consume up to 5,000 ticks in a single season.

Though opossums are often seen exhibiting odd behavior which may mimic rabies, their low body temperature actually makes this unlikely. If, of course, this display does not ward off potential threats, opossums will frequently “play dead.” Though I no longer worry about damage caused by opossums in the garden, it’s important to note that growers should always make certain to avoid any and all interaction with wild creatures.