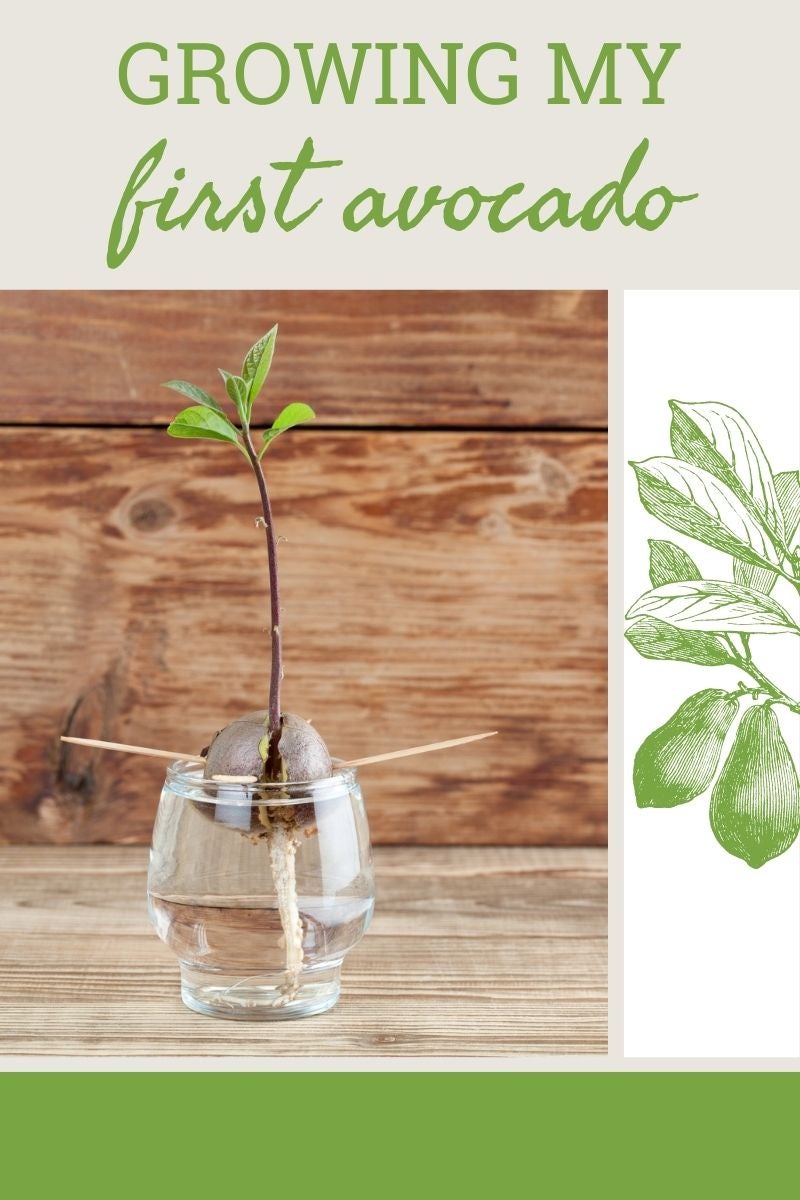 The first plant I can remember calling my own was one I grew myself from an avocado pit. Avocados for me were an exotic fruit, since I never saw one until I went to California for college. I fell hard for their green, rich, buttery flesh and, one day, had the bright idea of trying to grow one myself.

Growing up in central Alaska in the years before internet, I’d never heard of an avocado. In fact, few vegetables managed to survive the long truck drive up the Alaska Highway which was, at that time, unpaved. We managed on frozen cubed carrots and peas and the occasional iceberg lettuce.

Today avocados are among my favorite things to eat, and not just as guacamole with chips. Avocados are fabulous additions to salads and delicious in sandwiches, especially paired with ripe summer tomatoes. I eat so many avocados these days that my compost is a mass of young avocado plants that took it upon themselves to sprout from tossed avocado pits. Sadly, few of these avocado plants will be loved and cherished.

But the avocado pit I sprouted as a child came from my Aunt Irene. She was my mother’s older sister and she lived in California. One day she came to visit us in Alaska and brought with her, as a gift, an avocado.

However, the avocado did not arrive on the plane with her. It was in one of the suitcases she checked in that were lost by the airlines and apparently sent on to Hawaii. They were returned to her toward the end of her three-week visit with us. What had been a ripe avocado in California was a rotten, smushed fruit in Alaska. Still, there was the pit. I was my aunt’s favorite, so it was in my ear that she whispered the secret: that it was possible to make that pit sprout and, in time, become a tree.

Sprouting an avocado is not a difficult thing, although raising a tree from it is another matter entirely. As it happened, this did not prove a concern of mine. I inserted the toothpicks as my aunt directed and suspended it over a glass of water, the fat side under water. I watched and waited.

The first thing to happen was below water. Roots sprouted from the pit. Some weeks later, shoots appeared on top. We didn’t have a lot of sun in Alaska in winter, so the growth of this “first plant” was hardly spectacular, but it did manage to get about a foot (30.48 cm.) tall before I made a terrible mistake.

One morning in spring, we got a bit of sun. I decided my little plant would enjoy the feeling of rays of sun so I moved it out to the front porch. I did not remember it until morning, when it was frozen solid. It was a decade before I tried growing anything else but, judging from all of the sprouted avocado seeds in my compost, I guess Mother Nature has forgiven me over the years.