My Not So Diminutive Bonsai 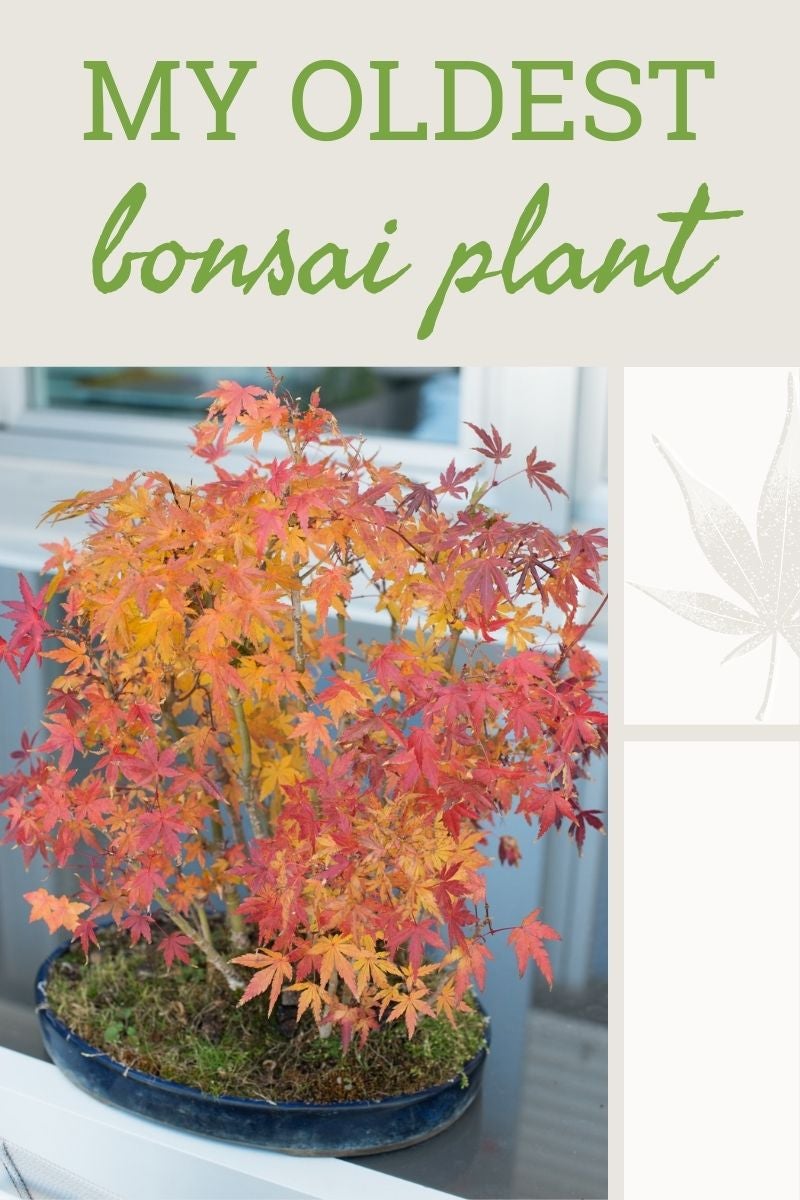 I happen to have a few trees in containers that have traveled with me for some time, each taking a respective place on a deck or patio at my place of residence over the years. I love my container grown trees. They immediately give my outdoor lounging space a feeling of lushness and seamlessly blend into the rest of my landscape.

My love of container grown trees all began with a gift from one of my best friends. At the time I was living in his duplex, above his head actually in the upper unit. My outdoor space at the time consisted of a lanai that jutted out over the driveway, facing a busy street; a less than stunning vista.

I resolved to create a little oasis on the lanai by planting some annuals and perennials. The one thing I was lacking was a tree. My buddy came through and got me a Japanese maple for a birthday gift.

I had visions of growing the maple as a bonsai since I had read that Japanese maples are one of the easier specimens to bonsai, but the tree was already over a foot (30.4 cm.) tall when I received it. Instead I took the opportunity to go container shopping, an exciting prospect on any day of the week.

I potted the Japanese maple and for three years it resided over the concrete drive until one day it was time to move on again. By this time, the tree had acquired a name, Shoyu, a term broadly given to Japanese style soy sauces that I’d glommed onto during a dim sum extravaganza one day.

To make a long story short (I’ve moved a half dozen times since then), Shoyu has remained with me although he has been repotted at least four times, and has now lived to the ripe old age of 26. Not bad for a container grown tree that is definitely not a bonsai.

In fact, Shoyu is a few feet tall now but retains the willowy, delicate look of a true Japanese maple bonsai. I do very little to maintain the tree. My pruning fiend of a partner keeps Shoyu in trim, literally, and other than an occasional feeding and consistent water, all I do is mulch the tree heavily over winter.

With this lackadaisical approach to Shoyu’s care, I fully expect to have the tree another 26 years and counting. Fingers crossed.