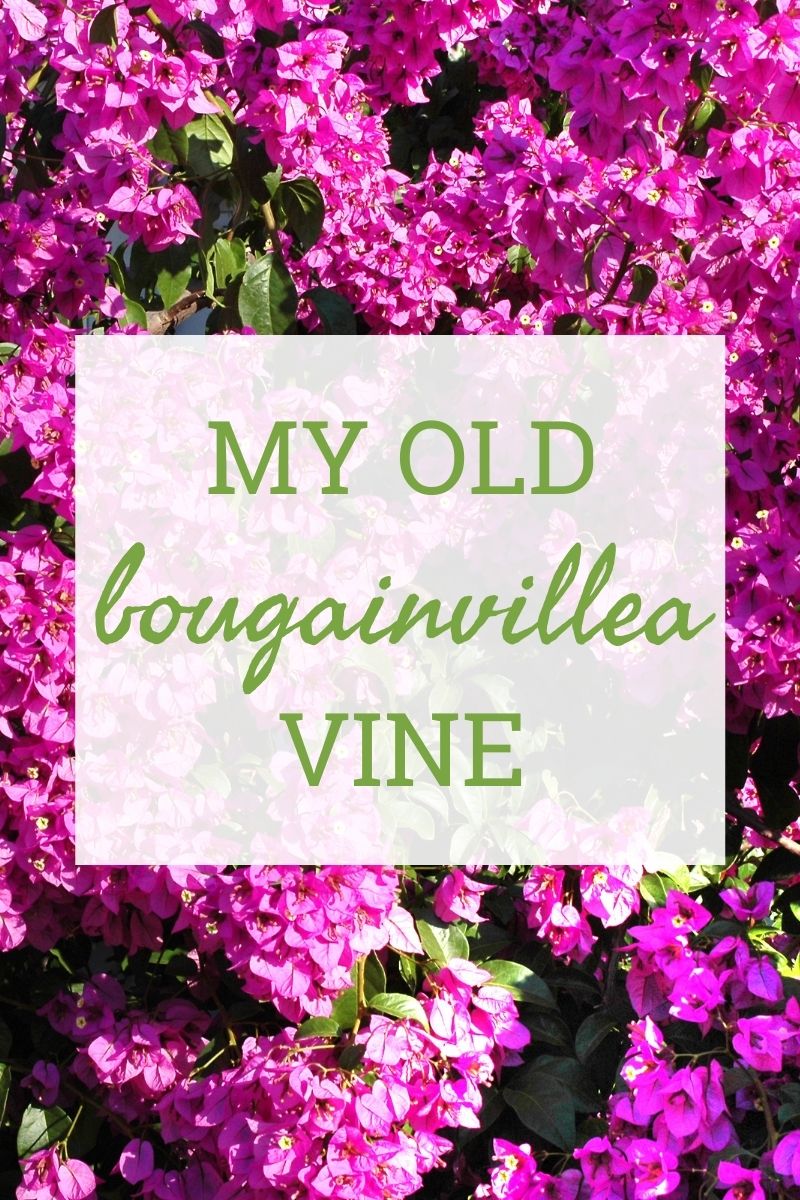 Though far from the Mediterranean Sea, San Francisco has a Mediterranean climate. That means that the summers are warm and dry, and winters are mild and wetter. While a bougainvillea vine comes from tropical areas of the world, it thrives year round in this city.

My bougainvillea vine is the oldest plant in my garden. We planted it years ago as a rooted cutting no taller than my palm. Today it tops the 9-foot (3m.) fence.

When I was a student at UC Santa Cruz, I used to head down to Mexico regularly, usually taking a cheap, all-night bus to get down to MazatlÃ¡n or beyond. It was very safe to travel south of the border then, and everyone I met was friendly and kind. Speaking Spanish helped.

While I was there, I fell in love with the brilliant red, magenta, pink, orange or purple flowers of the bougainvillea vines that climb houses and walls on Mexico’s west coast. While native to South America, bougainvillea cultivars thrive in warm-winter climates – including Mediterranean climates – around the world.

When I created a garden of my own in San Francisco, I started a bougainvillea vine with a cutting. I rooted it in water first, then popped it in the ground. It has now been in place for over a decade and has covered much of the garden wall with its crimson display that lasts most of the year. It is the oldest and most ornamental plant in the backyard.

In a climate like that of San Francisco, with a warm summer and a mild winter, bougainvillea needs little attention. This makes it an even more attractive addition to a garden.

Drought tolerant, it doesn’t require (or like!) very much water. My neighbors watered their bougainvillea vine regularly and it promptly dropped its leaves and bracts. I never water mine and it thrives.

Although some experts – including myself – have recommended feeding a bougainvillea in springtime, this is an optional maintenance item. I rarely fertilize mine and it is doing just fine. I consider it one of those plants that prefers to be left alone – so I oblige. The garden would not be the same without it.