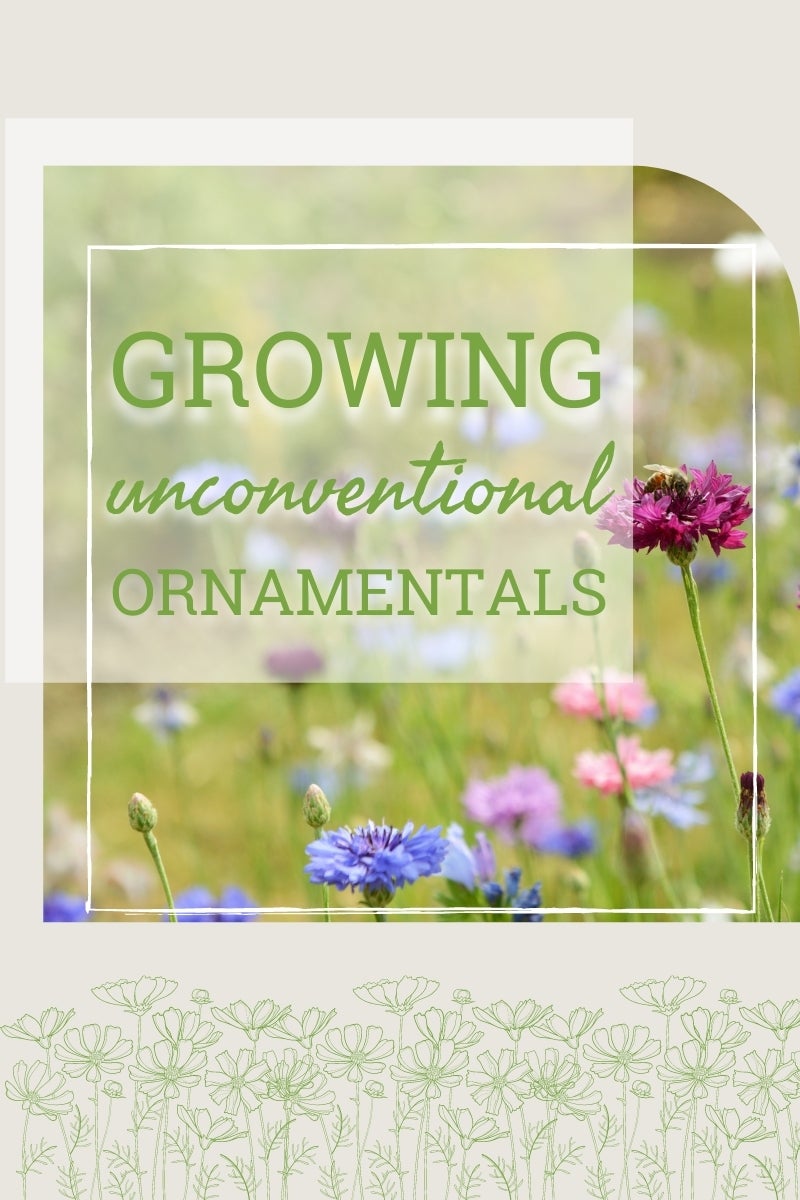 Whether inadvertently planted by you, dropped from birds or carried via wind, mysterious plants grown “accidentally on purpose” happen. I’m sure many of you can relate to having (and growing) a mystery plant in the garden at some point. And it doesn’t seem to matter just how long you’ve been gardening. Here’s one of my most recent.

Should I Stay or Should I Grow?

Generally speaking, growing unconventional ornamentals in the garden is one of my favorite things to do. I have a weed garden after all, filled with a mix of wildflowers and weeds, like queen anne’s lace, chickweed, dandelions, purslane, plantain and a few others. Not your typical garden, but it provides sustenance to wildlife and me. That’s right, I eat them too. Well, most of them. I haven’t yet tried the plantain. I’m also prone to growing vegetables as ornamentals, like chard, rhubarb and even carrots. Their pretty foliage adds more visual appeal amongst the flowers and other leafy plants. I’ll even grow onions as ornamentals for the interesting blooms rather than their bulbs.

But then there’s the mysterious volunteers that come up. The strange little plants which are difficult to identify as seedlings. Most of mine turn out to be veggies or lovely flowers. Recently, however, I’ve grown something else. In fact, it’s been growing in what was once my little fairy garden. This wasn’t anything that I planted. It just popped up and looked pretty cool where it was, like a tree just for the fairies. So I left it. The plant died back in winter, but made another appearance the following spring. This time growing a little taller. I still had no idea what it was, so I waited for this big-leafed mystery plant to bloom. In its third year now, I’m still waiting. I really thought this plant was a flower, but now I’m left scratching my head. Still, its foliage is lush and soft, and I like it.

Unfortunately, upon further research (now that it’s big enough to examine the leaves more closely), I’m thinking this is definitely not your average garden plant. In fact, I believe what I’m growing is a weed, and not one that should be allowed to stay. Comparing my mysterious plant to other images, it’s beginning to look more like velvetleaf, a noxious weed in many regions. Knowing this, I should pluck it up but I just can’t”¦ at least not yet. I need to know for sure. It also looks similar to a young paulownia tree, though how ended up here is a definite mystery. Until it blooms, I cannot make a positive assessment. Of course, if it gets too large for the space, I’ll have no choice but to remove the plant. At the moment, though, it’s growing within the shallow confines of my old container fairy garden, so the roots have nowhere to go, which means the overall plant growth should be limited. This is a good thing, especially since I find the large, semi-fuzzy leaves attractive. If this mystery plant ever blooms and turns out to be velvetleaf, I’ll most likely remove it, or simply dispose of the blooms before it goes to seed.

I can hear the angry shouts now. How dare you grow unconventional ornamentals like this in your garden? To each his own I say, just like the other weeds and non-traditional garden plants growing here too.