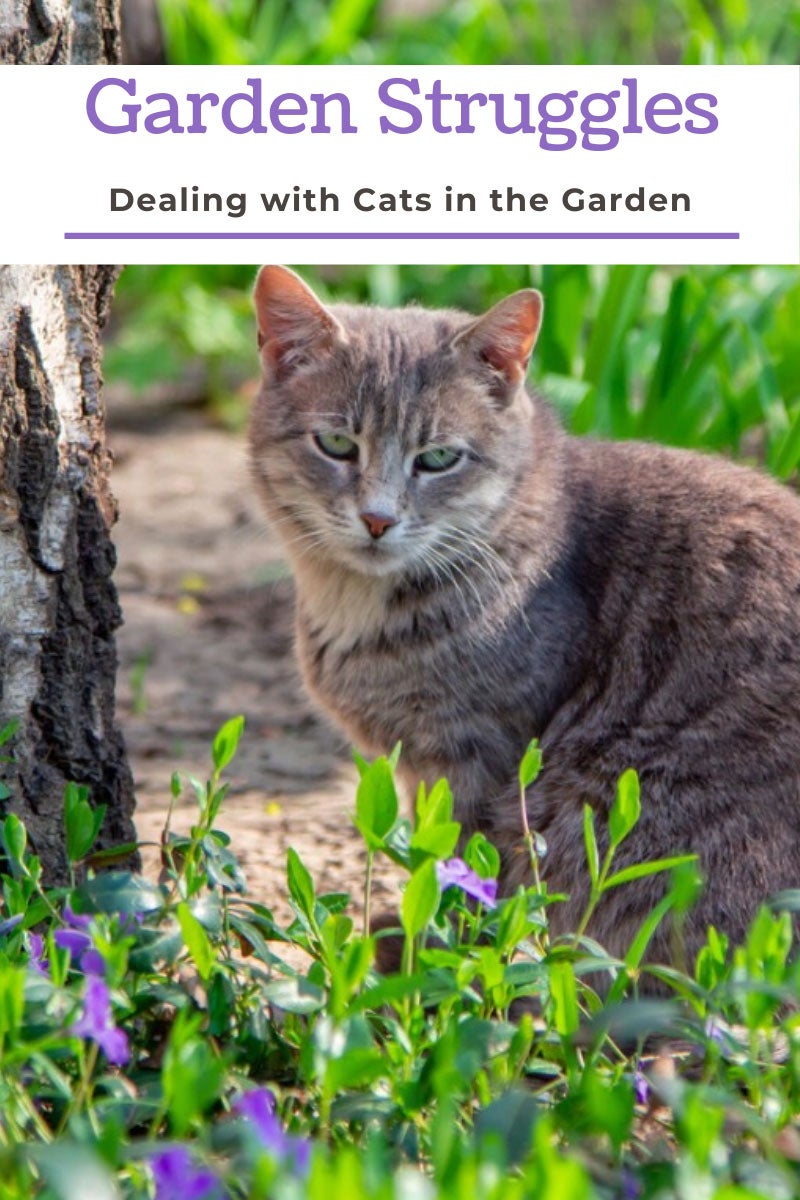 Let me just preface what will surely be a tirade by saying I love animals of all types. I’ve owned dogs, cats, fish, and amphibians and, if I could, I would have more critters living under my roof. That said, I have a bone to pick with cat owners. It’s a small bone; don’t worry, it won’t stick in your throat. It’s about cats using my garden as a toilet.

Neighborhood Cats in the Garden

Here’s the thing, once I was just like you. I had a cat that absolutely insisted it must go outside (or I wouldn’t get any sleep). So outside it went and everything went swimmingly, for the most part. With the exception of the sleepless nights looking for my adventurous feline who happened to get locked in the neighbor’s garage or shed, and the time he came home with a shredded ear from what I still don’t know, or the numerous helpless birds or field mice gifted me, everything was copacetic.

The best thing about the cat going out was that I rarely had to clean a litter box. I closed my eyes to where he was going, not in my garden anyway. Now that I’ve come clean, I would say that Karma really is a b—-h. My cat passed away some years ago and has been “replaced” with several neighborhood cats who like to hang around my yard, and most especially the garden. Now, I DO know where they go to the bathroom, and I also know that they like to scratch around my tender new plants to the point of digging them up.

I also know that at least one of them doesn’t bother to bury his business, as I have had the unfortunate experience of hand weeding (without a glove mind you) and coming up with a fistful of poop. I know. It’s my punishment. It’s payback time. However you would like to put it, it’s my turn.

Got a cats in garden problem too? These garden struggles are real – more like really annoying! So how do I deal with cats in the garden? Passive aggressively. I learn the cats’ names, pet them and give them treats, and then I gripe about it in a blog post. The thing is I really love cats. But if they start killing the birds, it’s gonna be war.

Tell us what you think: Leave a comment
6 people are already talking about this.
Printer Friendly Version
Read more about Backyard Stories
<PreviousNext>
Did you find this helpful? Share it with your friends!
FacebookTweetPinEmail