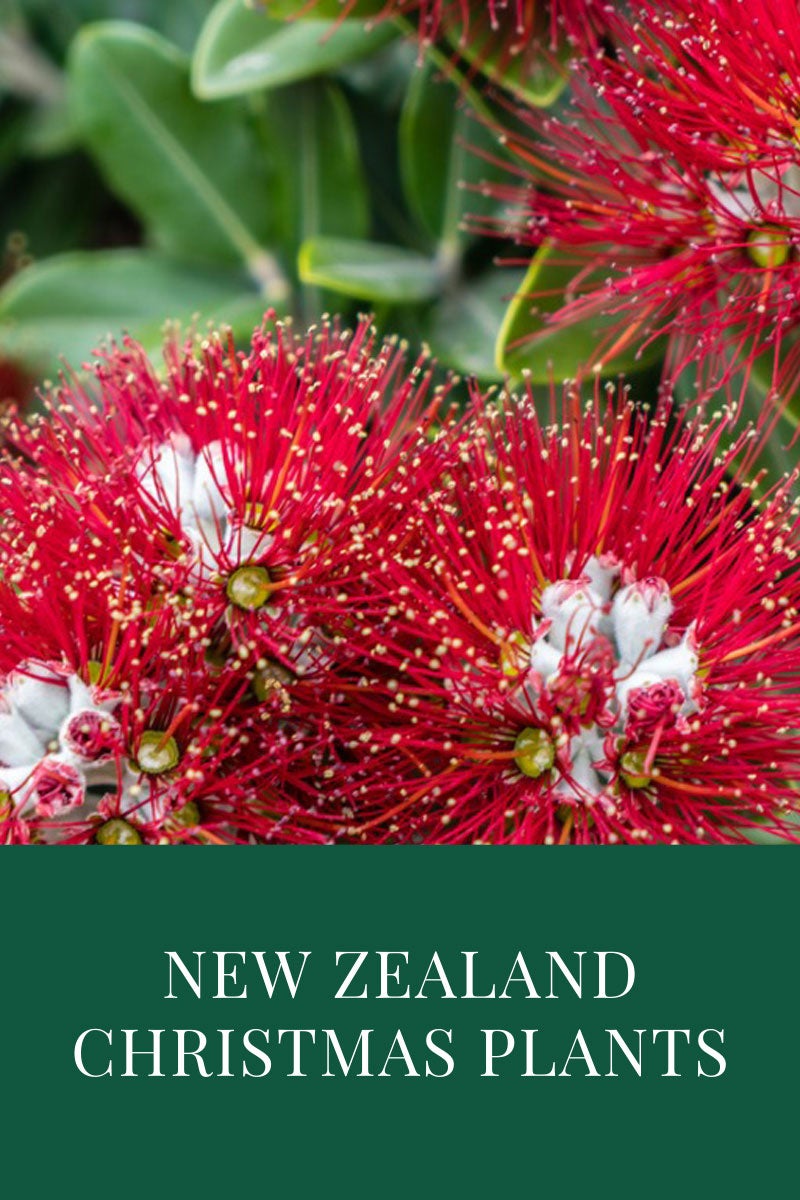 I have a friend who inherited her grandmother’s huge and ancient Christmas cactus and I’ve been jealous of it ever since. It overflows with gorgeous blossoms in December that last for weeks and weeks. Had I inherited such a cactus, it would undoubtedly be my favorite Christmas plant, but I wasn’t born under the star of inheritance this lifetime. So instead, I pick the New Zealand Christmas tree as my great favorite.

What is a New Zealand Christmas Tree?

I realize right out of the box that there are many objections to picking a New Zealand Christmas tree (Metrosideros excelsa) as my favorite holiday plant. First, I don’t live in New Zealand and don’t have one of these mighty trees in my backyard. However, I am a docent at the San Francisco Botanical Garden. The garden focusses on plants from Mediterranean climates around the world, which includes the Mediterranean region of Europe as well as South Africa, Chile and New Zealand. Right after you cross the Wildlife Pond, you wander through a long alley of these trees, some 30- or 40-feet (9-12 m.) tall.

The reason these trees are nicknamed New Zealand Christmas plants, among other common names, is that they are covered with bright red flowers around the holidays in New Zealand. The holiday flowers look a lot like bottlebrush and grow profusely so that the tree’s entire canopy is alight in Christmas stocking red.

Now I am forced to mention the second reason this may seem like an inappropriate favorite Christmas plant. That’s because in San Francisco in December, the trees have no holiday flowers at all. Seasons south of the equator, including New Zealand, are opposite from our seasons here. So we get this amazing display in July instead.

Why This is My Holiday Plant of Choice

The reason I am so fond of these “Christmas” plants is that they have adapted to their native environment in an amazing way: they move away from danger. Now one of the biggest differences between a wild animal and a tree is that, faced with danger, the animal can defend itself or run away while the tree cannot. But this tree does.

In their native habitat, New Zealand Christmas trees live on steep, windswept cliffs. The ground beneath them can erode over time, exposing their roots and endangering their stability. To combat this, these trees have developed roots that drop from their branches a good distance from the original trunk. Once the roots touch the ground, the root tips dig in and the rest harden to form a new trunk. That trunk sends out branches, which drop roots, establishing yet another trunk some yards farther from the cliff edge than the last.

In this way, the New Zealand Christmas tree moves itself, step by step, back from the cliffs. It is impossible not to admire. Some of these trees in New Zealand are over 800 years old.