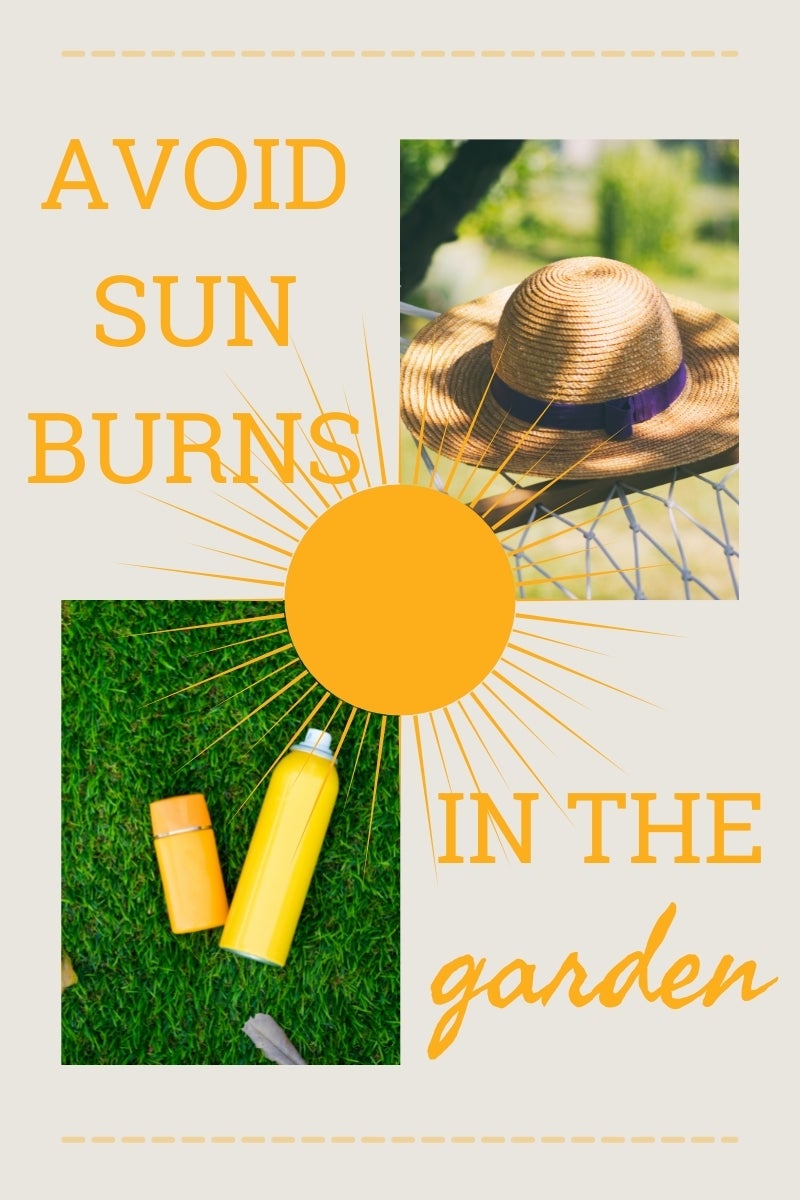 I spent my share of time in the sun when I was a kid, slathering on the cocoa butter and hoping to get a golden-brown tan like my best friend. At some point I realized that was never going to happen. I understand the dangers of the sun now, so I’m very careful.

When I see that my friend with the golden-brown skin now looks a bit “leathery” while I am relatively wrinkle-free in my mid-60s, I’m glad I didn’t go overboard with the tanning. These days, I try to take very good care of my skin.

I never work in my garden during the heat of the day, which in my climate is generally between 10 a.m. and 6 p.m. during the peak of summer. It’s cooler after that, and more pleasant for hoeing or pulling weeds, tasks that demand considerable time in my high desert garden.

I nearly always grab a sun hat on my way out the door. I use hats with a brim large enough to protect my face and neck. Although I’ve purchased several over the years, my favorite is an inexpensive, floppy, khaki green hat that I picked up at a supermarket. I regret not buying more at the time in prettier colors (like purple).

Sunscreen is a huge problem for me. I’ve apparently developed some sort of photosensitivity and sunscreen makes me burn much worse, sometimes to the point of painful blistering. I’ve tried several types of sunscreen, and the expensive hypoallergenic, chemical-free types are no better than the cheap stuff from the local pharmacy.

The only thing that works for me isn’t a sunscreen, but a zinc-oxide or titanium-oxide product that actually reflects the sunlight. Luckily, many newer brands blend into my skin without making me look like I’ve smeared white paint on my skin.

The experts say it’s important to wear long-sleeved shirts and pants instead of shorts. I have to dress warmly for much of the year, so I love wearing shorts and t-shirts during the heat of summer. This is one thing I just don’t want to give up, but I figure as long as I avoid those peak sunlight hours, I should be okay.

I think most of us have had at least one sunburn, and probably more. The problem is, an occasional sunburn probably isn’t a huge problem, but repeated sunburns can build up damage over a lifetime. It’s all about common sense.