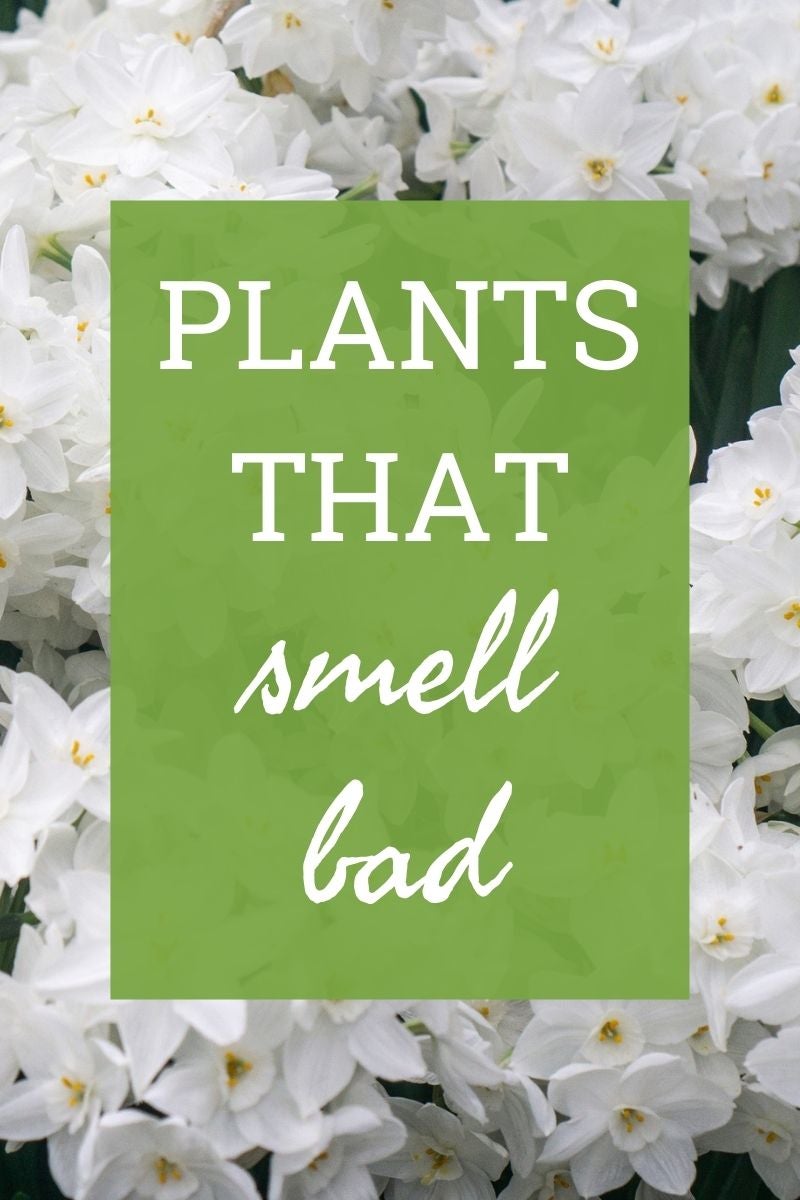 Ahh, there’s nothing quite like those sweet aromas emanating from the garden, or even the smell of rain as it waters it. Tomato plants are particularly pleasing and unmistakable. Lilacs smell intoxicating. The scent of honeysuckles in bloom is like heaven. But sometimes scents in the garden can be downright obnoxious.

OMG, what’s that smell? While I welcome sweet-smelling garden plants over all others, you don’t always know what garden aromas you’ll find yourself with at the time of planting. In my garden, there’s been more than a few offending plant odors over the years.

I hate the way fennel smells, though I grow it in the garden. It may be a useful, and even attractive plant, but man does it smell bad – just like anise or licorice, and I can’t stomach either. Paperwhites are yet another stinky plant to me. They may be easy on the eyes but my sensitive nose finds their aroma far too ghastly. I love growing unusual looking plants in the garden and one of those includes globe thistles. I love the blue pops of color throughout the garden bed and their spiky globe flowers look like fireworks. What I don’t enjoy about these flowers after piddling around in the garden is the unfavorable odor”¦ sort of like dog poop. I’ve checked my shoes more than once before figuring out the actual culprit.

Most people may not be aware of this, but boxwood shrubs get teeny-tiny flowers and while you’d hardly even notice them, you’d be hard pressed not to notice the cat pee-like smell that they emit. Thankfully, we’ve removed all but one in our yard, and that one is currently on the honey-do list. Have you ever caught a hint of something fishy in the air? You may have a Bradford pear nearby. We initially had one removed because they break easily and it was close to the house. But, oh my word, the smell of this tree would eventually come back to haunt us years later when another tree popped up at the edge of the wooded area, near where we had fed that pear to the chipper (apparently, they’re prone for spreading). Because it grew in the understory of the other trees, no one even knew it was there, not until noticing something blooming once it had already reached significant size. Along with those attractive blooms came a not-so-sweet smell. Nope! That stinky pear tree has to go too.

Unfortunately, where I live in the Southeast there are trees of heaven growing all over, including the woods that border our property. Trees of heaven they are not! These Chinese natives might look somewhat pretty with their almost tropical-like foliage, but they’re super aggressive and horribly foul smelling. There’s a reason why they’ve earned the nickname stink tree. I totally despise all the weed trees that pop up in the lawn and garden, especially since pulling or cutting them means letting out the rancid odors. Ugh!

In a perfect world all plants would smell delightful, but this just isn’t the case. As a gardener, I’ve learned to take the bad with the good. That doesn’t mean I have to always like it though.