Peace Lily Growing: The Story of My Peace Lily Houseplant 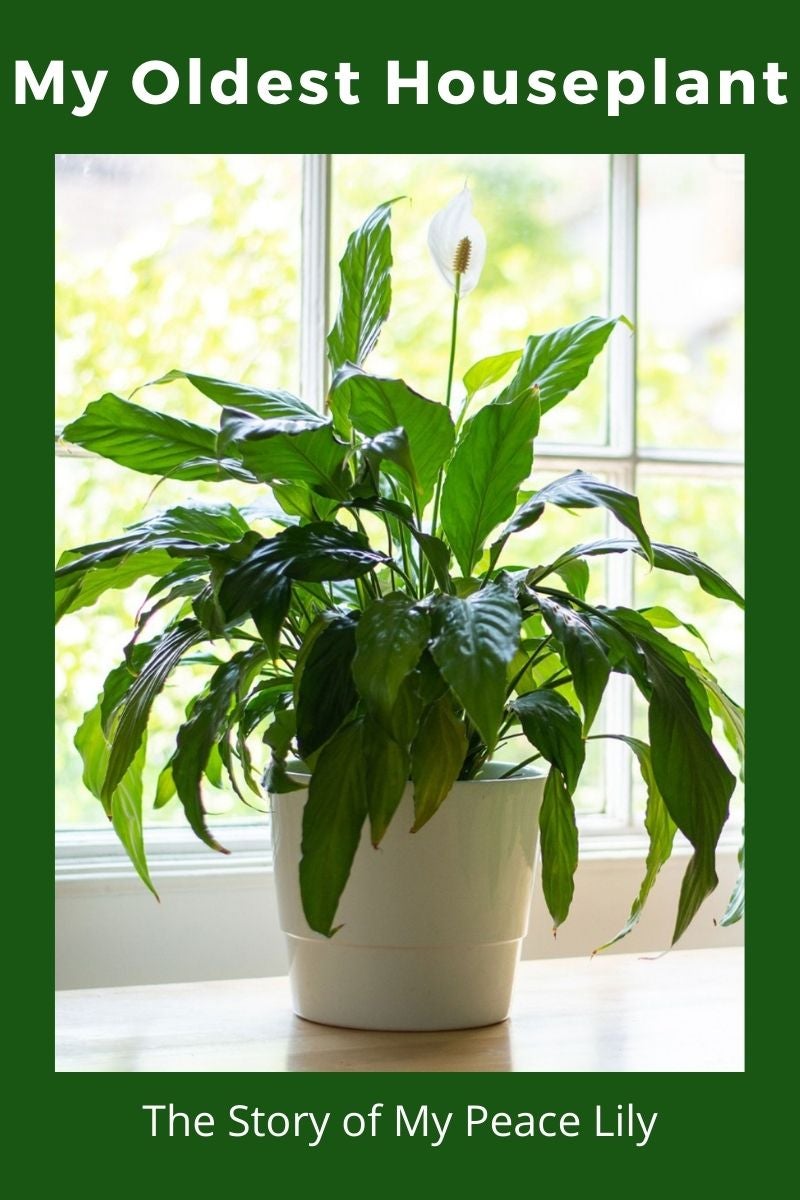 I have a huge peace lily in a large container that graces my more formal living space in the house. It sits by the window, catching early morning light. This plant is nearly 20 years old and has survived both neglect and destructive kittens.

How My Peace Lily Plant Survived So Long

My grandma passed away when I was in college. I couldn’t go to the funeral because I had exams that I couldn’t miss. My parents assured me it was okay and that she would understand. What I got, though, was this little peace lily plant from the church decorations. It has been with me ever since, a reminder of my grandma.

When I got the plant, I was far from a green thumb at gardening. I didn’t have my own house or yard yet, and I had killed some houseplants before. I had one sad spider plant barely hanging on and didn’t have high hopes for the peace lily growing.

One thing going in my favor is the fact that this is a very forgiving species. Not only do peace lilies tolerate the soil going dry, but they prefer it. I have to admit I let it wilt a time or two, which is not ideal, but letting the soil dry out and then giving it a good soaking was just my style of plant care.

Fortunately for me, peace lily also likes being pot bound. It neither wants nor needs too much space to grow. Years ago, I put it in a large container, let it fill it out, and have since then kept it in the same pot. It seems happy there.

Another struggle my plant has faced over the years is cats. Our first two cats decided to turn the large pot into a litter box, so we added stones to the top of the soil. The next two kittens who came along were particularly destructive, chewing on leaves, breaking stems, and generally using the plant as a personal jungle gym.

Keeping a kitten out of the peace lily is a game of distraction, but fortunately, this tough plant recovers well. It is already regrowing and with a few broken leaves trimmed off, it looks a little smaller but neater.
To keep the peace lily flowering, I give it a very occasional fertilizing. It doesn’t like too much. I reduce the concentration with a basic houseplant fertilizer and only use it every few months. I plan to keep it for another 20 years, at least.

Tell us what you think: Leave a comment
7 people are already talking about this.
Printer Friendly Version
Read more about Backyard Stories
<PreviousNext>
Did you find this helpful? Share it with your friends!
FacebookTweetPinEmail