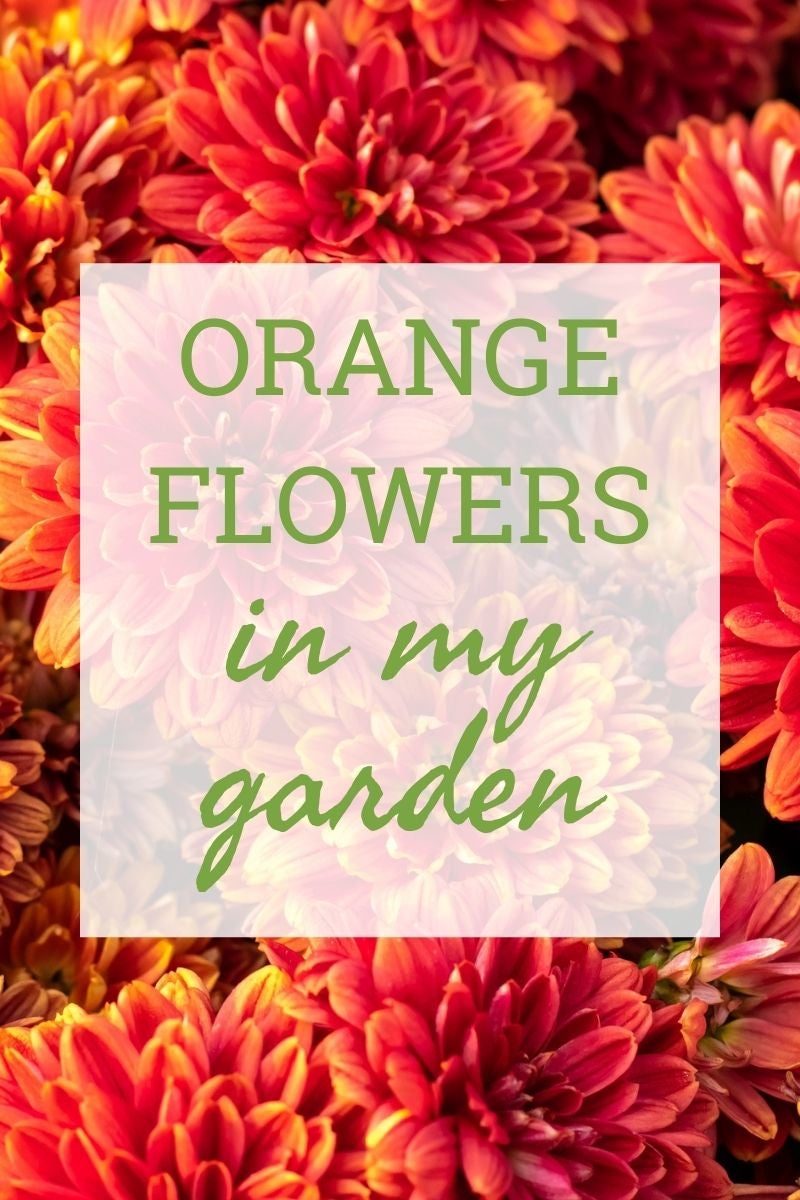 As with yellow plants, orange probably isn’t the first color I’d pick for my garden. Granted, to many people this color evokes energy and boldness in the garden, but to me orange shouts caution. When I initially think of orange, I see traffic cones and roadwork signs. This isn’t exactly the kind of message I want for my garden. I’d rather take a “less is more” approach.

While I do have an unusual collection of plants, I wouldn’t say it’s something to be wary of. Mine is a garden filled with diversity. It may be chaotic and carefree but it’s got a welcoming feel to it, even a bit of wonder and curiosity. My hope is that my garden says to all wandering eyes not to proceed with caution but to come on in and take a stroll.

That’s not to say I don’t include orange in the garden. Quite the opposite. I do, but most of the orange color palette has an emphasis on the darker shades, like reddish-orange or rust, rather than the brighter fiery orange colors. These colors are also used with caution instead of provoking cautiousness. Some of these are flowers and some are foliage plants. There’s old-fashioned orange daylilies nestled about. I have butterfly weed in the wildlife garden, and some orange coneflowers, rudbeckia and zinnias intermingled here and there. You might find a few orange gladiolus plants and ‘Must See’ lilies too. You’ll also spot different red/orangey/brown shades of heuchera tucked amongst the flowers – ‘Pumpkin Spice,’ ‘Caramel,’ ‘Toffee Tart,’ ‘Autumn Glow.’ A red hot poker lily takes up residence in the front bed next to the forsythia shrub. It was a freebie plant that I couldn’t turn down so I had to stick it somewhere.

Just as summer winds down, hints of autumn can be seen with the late blooming orange dahlias and chrysanthemum plants. And, of course, there’s the orange vegetables too”¦ small pumpkins for our dog Maya and some carrots (I grow the purple varieties as well). I do not have much in the way of trees that turn orange in fall but do admire my neighbor’s beautiful maple this time of year when it graces the neighborhood in all its orange glory. I do have a container smoke tree, however, that gets reddish-orange leaves in fall.

It seems there’s more orange in the garden then I give credit, but it’s used carefully so it doesn’t become overpowering. I want the garden to feel approachable, not something to tiptoe around. No bright orange road signs or traffic cones here – just the right mix of orange color, with my favorite green, purple and nearly black shades abundant here too.