Orange Is The Happiest Color 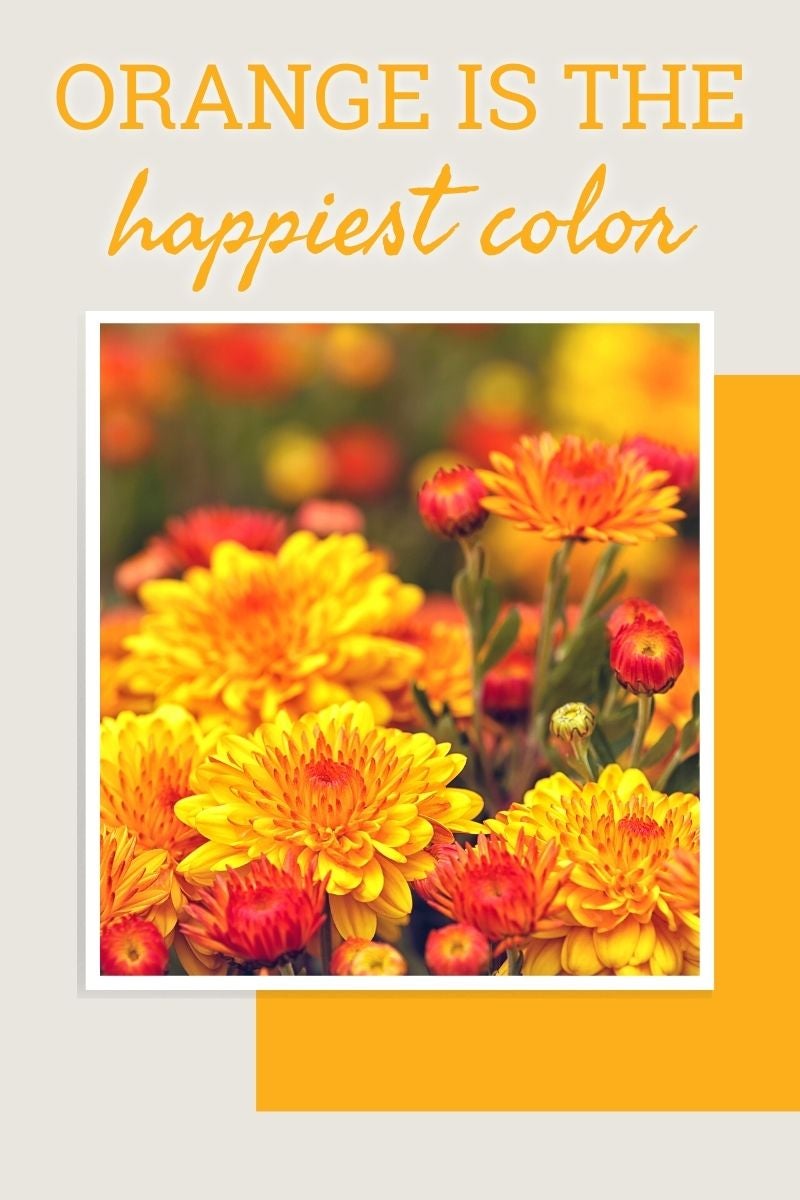 In ancient times, the sun was viewed not just as the physical phenomenon we see it as today but as a god. I’ll go with that. Without the sun you wouldn’t be reading this and I wouldn’t be writing it. There’s something definitely divine about that.

So it makes sense that the color of the sun, orange, is associated with joy, creativity, success and encouragement; all qualities a garden imbues. Oh, and Old Blue Eyes, Frank Sinatra said “Orange is the happiest color.” I’ll agree with that.

It’s no secret that my absolute favorite color is orange, followed as a close second by green, and thus I have plenty of orange adorning my garden. I don’t discriminate when it comes to the color orange in the garden. I love it all.

In my garden we have riffs on the hues of orange in dahlias, begonias, coreopsis, day lilies, milkweed, rose, zinnia, calendula, rudbekia, yarrow and trumpet vine. I’m actually probably forgetting some there are so many.

The best thing I’ve ever grown that was orange was pumpkin of course. This was an experiment because I had never grown pumpkins before. It was a resounding success, so much so that I’m not doing it again.

I don’t remember the variety I grew, but what I do remember is how the vine grew, and grew, and grew. I only planted two plants but soon they had overtaken an entire corner of the yard. Yes, I know pumpkin vines can get really long and yes, I know that you can prune them.

But the thing is, I have an extremely difficult time pruning healthy foliage, and these babies were beautiful. Pruning pumpkin vines not only has the advantage of retarding their size, but also allows for some air flow which reduced the incidence of disease and will also allow the plant to put all of its energy into producing larger albeit fewer fruit; for those of you who want to grow the blue ribbon monster for the fair.

But because I have an issue pruning healthy plants, (Hey, I can’t kill bugs either) I ended up with vines choking everything, and plenty of smallish pumpkins.

I won’t grow them again, or if I do I will enlist the help of “He Who Loves Pruning Shears”, aka my partner. He has no problem lopping off healthy limbs, vines, leaves, you name it. It’s become a problem actually.