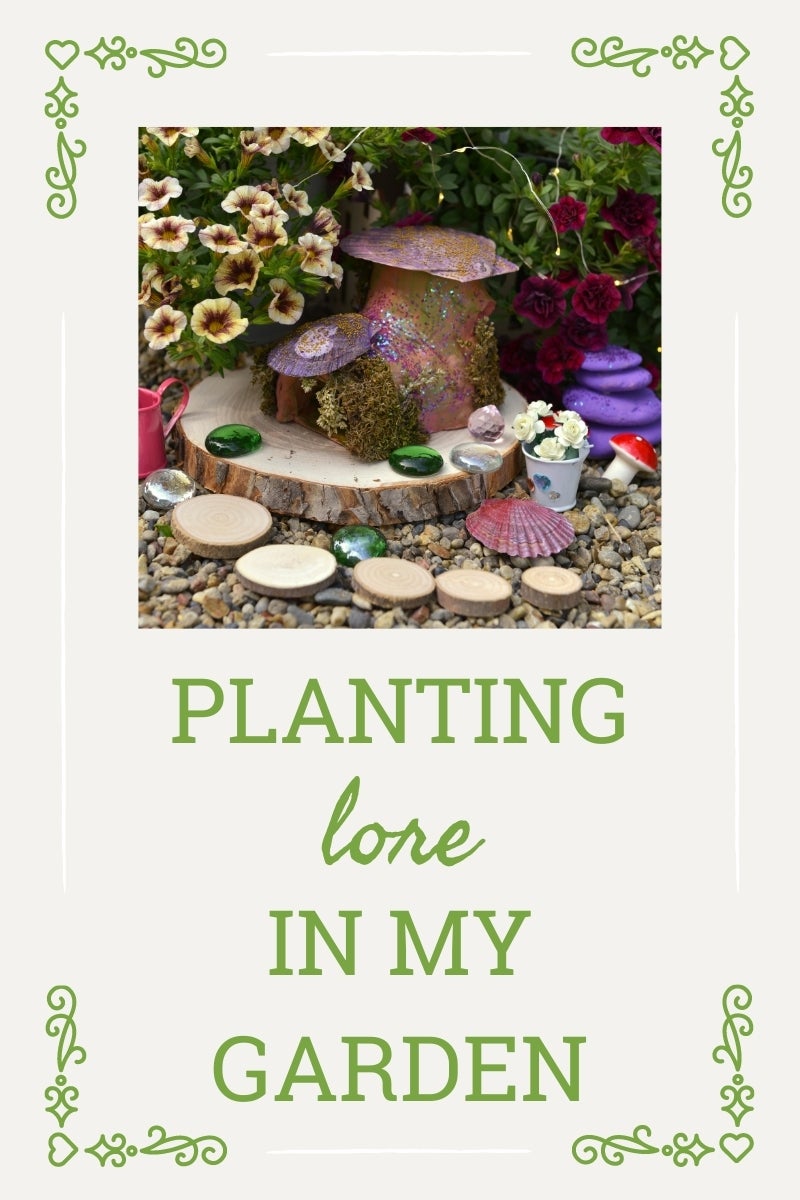 Organized chaos. This is how I’ve always described my unusual gardening style. Everything has its place, but not everything is pristine. Nope. In my garden you’ll find natural plantings just doing their thing, and if there’s any self-seeding going on with sprouts of this or that popping up elsewhere in the landscape, perhaps another garden bed, that’s okay by me. And if there’s some weird creature taking refuge there, that’s alright too. There’s actually a plan behind this madness, ideas sparked mostly by my heritage, with a twist of whimsy added in.

Recently I discovered that I’m not strictly an Irish/German gal. We all assume that if our parents are one thing, we are half of each. But there’s much more to it than that. In fact, it turns out that I have just an inkling of true Irish in me, though I’ve been infatuated with Ireland nearly my entire life, its seemingly green landscape and rich Celtic folklore. I especially enjoy Irish gardens, not only for their naturalistic feel but for their sense of enchantment and wonder. They have an otherworldly garden feel to them, from dancing fairies to mysterious elves and leprechauns. I try to add some of this in my own garden. And the fact that my DNA suggests a mostly Scottish ancestry doesn’t change this one bit. It only heightens the appeal.

Known for geographical beauty, medieval architecture, and folklore, Scotland is just as intriguing to me. Scottish lore, for example, includes the Loch Ness monster and shape-shifting spirits (kelpies). Unicorns also have their place in this enchanted land. Garden lore is rich here too, found in the native plants and herbs. Scottish clans had spiritual relationships with specific local plants and would wear sprigs of these in combat to help identify themselves – often referred to as plant badges. I’m not sure from which clan our family originated, but I have a number of herbs and plants in the garden having a connection to lore in some way.

Some of my ancestors came from Norway too, a land known for seamanship, technology, artistry, and mythology – the latter two finding a definite home in my garden. I also have Germanic roots, “the land of poets and thinkers.” And they have their own myths and legends. Gnomes, for instance, originated in Germany, and the darker, more sinister fairy tales you don’t want your kids to know about stem from this region. I’ll be adding a piece of my German ancestry to the garden this year. It won’t be in the form of any garden gnomes, though, which creep me out. Instead, I want to do some mound gardening in the form of a Hugelkultur bed. It should fit in quite nicely with my existing natural plantings.

From the depths of unusual tales and myths associated with my varied ancestral beliefs, a new gardening endeavor has found its way into my plans this year – an extraterrestrial garden. No, I won’t be attracting any ETs to the garden, though they’d be quite welcome here. Instead, I plan to take the whimsical, enchanting side of things to a whole new level by creating a garden fit for aliens. This cosmic garden will be a tribute to my father, who always teased us that he was an alien from the planet Xenon (yes, I believed this as a child and it became a family joke). My unusual gardening style focuses on imagination and fun.

In the past, I’ve written a lot about garden lore and superstitions because of my fascination with it. Now that I know my true ancestry, it explains a lot. My ancestors came from all over. My garden does too. It is a reflection of who I am and where I’m from. Organized chaos – that’s what you see on the outside. Dig deeper and you’ll find an otherworldly garden that welcomes everyone!