An Overabundance Of Hostas 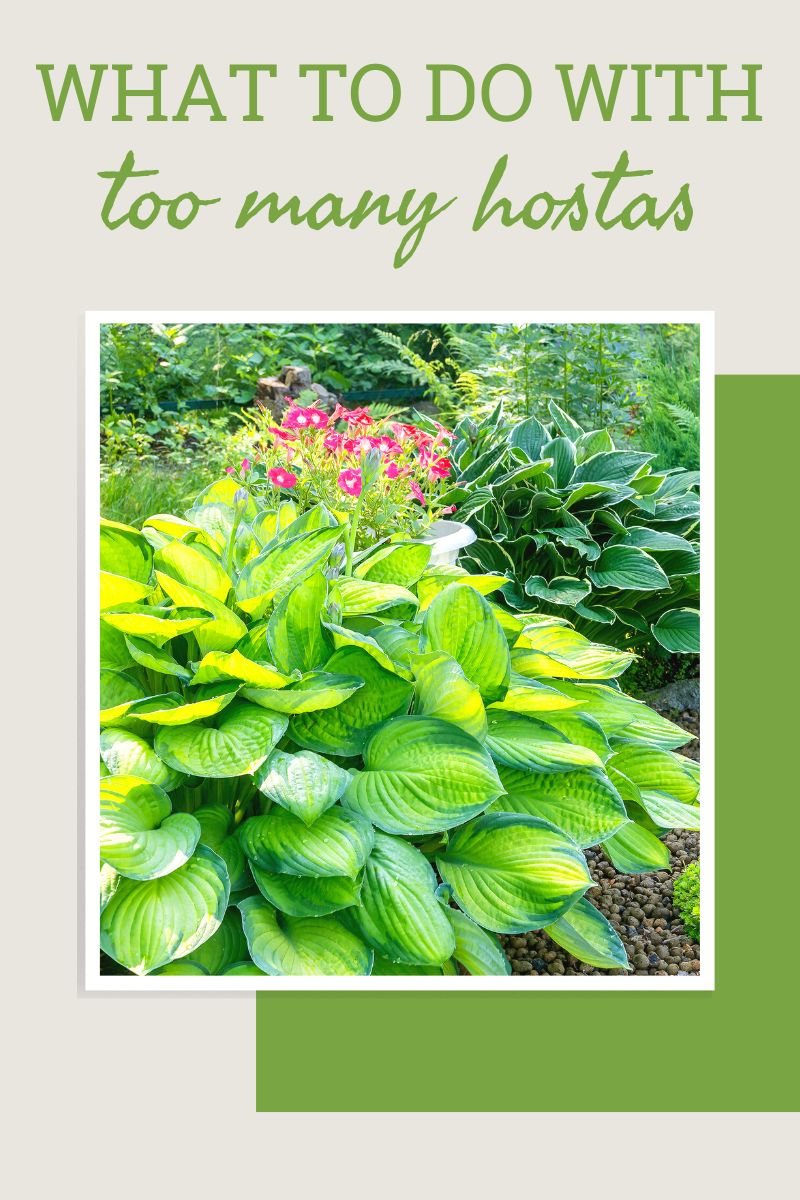 When I moved into my current home, the beds contained a lot of hostas — more than any other type of perennial. Like most gardeners with shady spots, I love hostas. They’re easy to grow and come in a range of colors and sizes. However, it’s possible to have too much of a good thing, and I’ve had to get creative when dealing with crowded, unhealthy plants.

I certainly wasn’t unhappy to find a lot of hostas in my flower beds. These are great plants that are low maintenance and do well in the shade. They come in dwarf varieties that serve as groundcover and plants that can grow as large as 3 (1 m.) across.

The leaves are striking, with deep vertical veining and a variety of colors, including variegated patterns. The pretty white, pink, or lavender flowers arrive midsummer and attract lots of pollinators.

The Problem of Too Many Hostas

One of the issues with the hostas in my garden beds is the fact that the previous owner only planted a couple different varieties. They were growing well but created a uniform carpet of green that seemed a little boring.

Another issue was that someone overcrowded the plants. As each season came and went and the hostas grew more, the crowding became even more of a problem. The beds looked untidy, and I even found a little rot under some of the plants.

How to Divide Hostas

The solution to too many crowded perennials is to divide them. Most perennials need occasional division to reinvigorate them and reduce crowding. Dividing hostas is best done in early spring just as they begin to emerge from the ground. They’re easier to remove and separate when small.

I use a straight shovel to cut into the soil all around a plant to divide. I then use a garden fork to get some leverage under the plant and raise it out of the ground. I shake as much dirt off as possible so I can see the roots and then make cuts as neatly as possible. If I can, I’ll simply pull sections apart, but this doesn’t always work.

My first strategy was to use my divisions to propagate the hostas within my own garden. I moved some to other shady areas of the garden to enhance or create new beds.

That only worked for so long, and because I wanted more variety, I ended up trading divisions. This is a great way to get rid of divisions with no waste. I traded a couple of my solid green hostas for a white and variegated plant just by asking a neighbor. I noticed she had a lot of hostas as well and brokered the trade.

Another strategy I’ve used a couple times is to simply give them away without a trade. First, I left them at the end of the driveway with the roots wrapped in wet paper towel. I got rid of a few hosta divisions that way. Then, I found a Facebook group for my local community and offered up divisions. I was able to gift many more that way.

Throwing out divisions is okay, especially if you can use them for compost. I’m always happier if someone else can use them though.