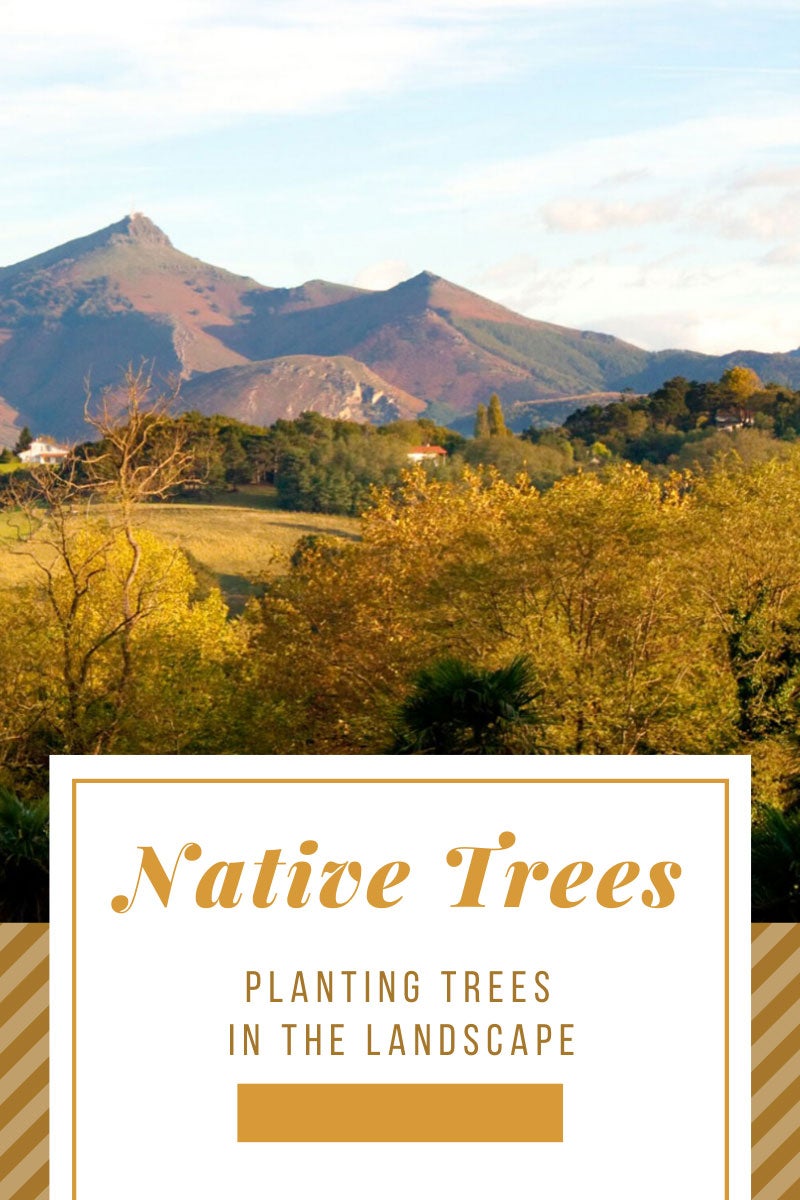 Today, I spend a lot of time in San Francisco where I am lucky enough to have a big backyard to garden. I also volunteer as a docent at the Botanical Garden, where I give tours to visitors and sing the praises of native plants. But there was a time I sang a different song. In fact, I learned about native plants the hard way, and in a foreign country to boot.

A couple of decades ago, I left San Francisco to visit Southwest France, an area called French Basque Country. I fell in love with the jagged Pyrenees and the wild Atlantic, the green foothills and the resilient Basque people. Before I left, I bought a little stone sheepherder’s cottage along with a big slice of the steep hillside around it on the slopes of the mystic mountain of La Rhune (Larrun).

Planting Trees I Shall Do – My Way

La Rhune used to be covered with a thick forest of beech and acacia trees, but they were taken out a century before I arrived. The Basques had cut down the forests to provide grazing land for their sheep. One of the first things I decided when I bought the property was that I would be to planting trees on it, lots of trees.

I began to gather a list of trees I wanted to install and hired local men to help. They spoke Basque between themselves but also spoke French and I knew enough French to communicate. They suggested trees to plant, native trees that used to grow on the mountain. But though I had little gardening knowledge at that point, I had my own ideas. I ordered 12 young trees, including Japanese maple, ginkgo, a few dawn redwoods and several Colorado blue spruce.

My Basque workers laughed at me when they heard I had purchased trees. They tried to talk me into planting the beech and acacia that used to grow on La Rhune. They said the native plants would grow happily because they were from the mountain. But I was adamant, and they planted the young trees, placing a stake cut from an acacia trunk by each young tree to brace it against the winter winds.

I headed back to San Francisco to spend the winter, leaving Mother Nature to irrigate my young trees. The following spring, I headed back to Basque Country. I was exuberant as I drove up, seeing green leaves and tall, strong trunks. Ha! I thought. My foreign trees grew just fine. But as I approached the house, I saw that the trees I had planted were either dead or stunted. It was the acacia stakes that were leafing out instead. Each stake, like an enormous cutting, had found its footing, dropped roots into the ground and sent out new growth.

I don’t know whether the village men knew this might happen, but it didn’t matter. I had learned my lesson. Since that time, I have planted over 200 trees on the property, every one a species that is native to the area and all are thriving. It’s natural for us to want to only grow trees and other plants to which we are familiar or like the best. BUT it’s important to keep in mind that, although you can still grow these plants now and then if conditions will accommodate them, gardening with natives is most preferred. They’re accustomed to the area’s climate and have stood the test of time.

Listen to the plants (and the locals) and go native!