The Pleasure Of The Harvest 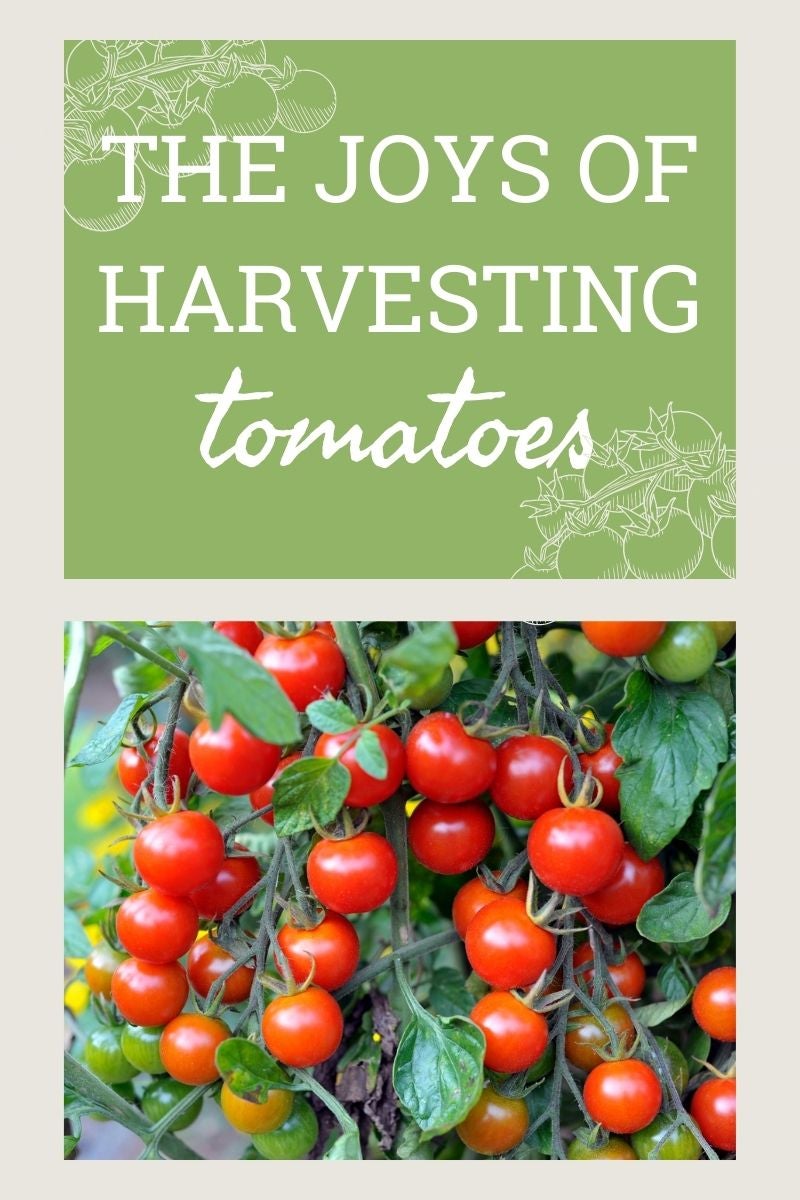 A gardener’s life offers a steady stream of pleasures. Planting seeds is fun, watching the little plants appear is exciting. But almost nothing beats the pleasure of the harvest.

All harvests engage me. It may be the simple, primitive joy of watching my work come to fruition, and it may be an appetite for veggies. I never plant crops I don’t love to eat.

But no harvest is sweeter than that of tomatoes. What can life offer that is more delightful than ripe and juicy tomatoes hanging in your own garden on the vines you have grown and nurtured?

The fruit stand near where I live in San Francisco offers fruit 12 months of the year. You can usually walk right up any Wednesday morning and take your pick of their harvest. But come mid-summer, the line can stretch around the block. The reason is always the same: juicy tomatoes that ripened on the vine. I understand completely.

I grow my own tomatoes and – year after year – look forward to harvesting these juicy and delicious crops. The pleasure of the harvest is so great that I plant several types of tomatoes with different maturity dates in order to be able to gather them for several months.

You can plant tomatoes that grow on bushes or those that grow on vines. The former is determinate while the latter indeterminate, but both can produce wonderfully juicy tomatoes. When you are growing tomatoes on vines, the plants just keep producing more and more fruit until felled by chill fall weather.

Vine tomatoes are my favorites. I like to make a teepee of three long fence-post size stakes planted in a triangle with the tops roped together. The vines grow up the stakes, forming a living mass of foliage with first buds, then tomatoes.

Because the pleasure of the harvest is so great, it makes sense to try to expand the time you will be able to pick ripe tomatoes. The best way to accomplish this is to select several different varieties of tomatoes with different maturity dates. Having a greenhouse expands your possibilities, enabling you to plant early and harvest as early as June.

I do not have a greenhouse. I plant tomatoes in May and try to include some that are ready for harvest in mid-July, others that ripen in late July-early August, and still others that will not be ready for picking until August. Generally, cherry tomatoes are among the first to ripen, while heirloom tomatoes tend to take the most time from seed to harvest.