Pollinators Up To Bat 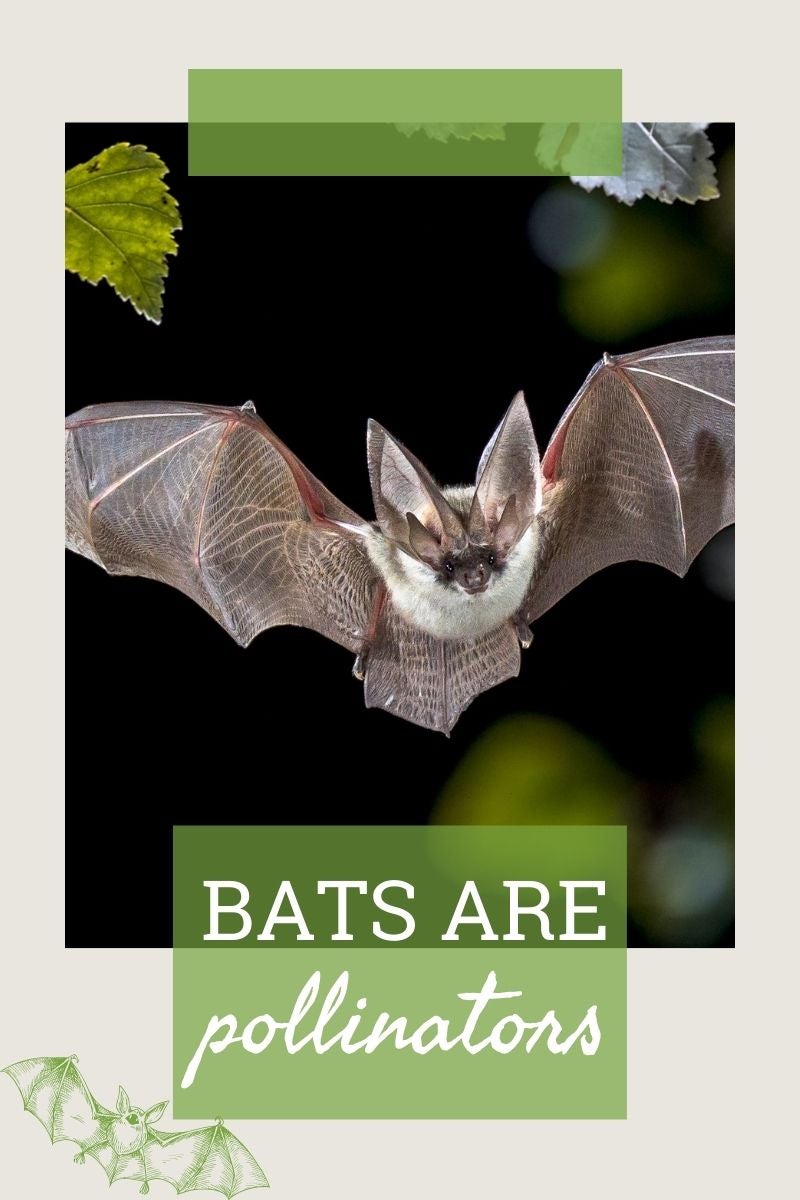 What would the world look like without pollinators? Who would do the meticulous and time-consuming work required to transfer pollen from male to female plants? You know the answer as well as I do: without pollinators, humans could not survive.

This is reason enough to treasure our pollinators, bees, bats and hummingbirds and every other bird, beast and insect that devotes a part of its life to transferring pollen. But most of us have our favorites. My personal favorite is the bat, largely because I have a few living in my garden shed this summer in France.

Everyone knows that bees transfer pollen. In fact, bees are very well-known pollinators, extremely important, among the most important pollinators on earth. There are many kinds of bees; some do more pollination work than others, but all are helpful.

Other well-known pollinators include many species of butterflies, moths, beetles, bats and hummingbirds. Each is important to particular species of plants. Without pollinators, the world as we know it would not exist since many plants would disappear and the animals that rely on those plants as food would disappear as well.

Bats are my favorite pollinators, although I freely admit that they do not pollinate many crops in San Francisco or France. However, I have a few that sleep hanging upside down from the rafters of my garden shed, so tiny and fragile that you wonder how they make it through the winter. Bats are well-known pollinators in tropical and desert climates, serving as the sole pollinators for over 300 species of fruits. For example, the agave plant and the stunning and important saguaro cactus depend on bats for pollination.

I must admit that I do not know what plants bats pollinate here in Basque Country. I do know that the flowers pollinated by bats tend to be large, pale and bell-shaped and open only at night. They tend to have a strong fragrance and plenty of nectar. Some bats have evolved to have extremely long tongues to be able to get the nectar at the base of these flowers.

In addition to pollinating so many species, bats help us with insect pests. There are over 1,300 bat species on the planet all consume immense amounts of insects each night. These include real insect pests like the codling moths that can severely damage walnut orchards.

Many plants count on bats to transfer pollen from male to female flowers. What do the bats get in return? Plenty. Bats often survive by eating the blossoms and fruit of the plants they pollinate.

A good example is the agave plants. A bat called the lesser long-nosed bat is a primary pollinator of agaves used to make mescal and tequila. When farmers began harvesting the agave for tequila before the plant flowered, both the agave and the bats suffered. The agave crops lack diversity and are subject to disease, while bats – that feed on the agave flowers while pollinating them, lose an important food source.