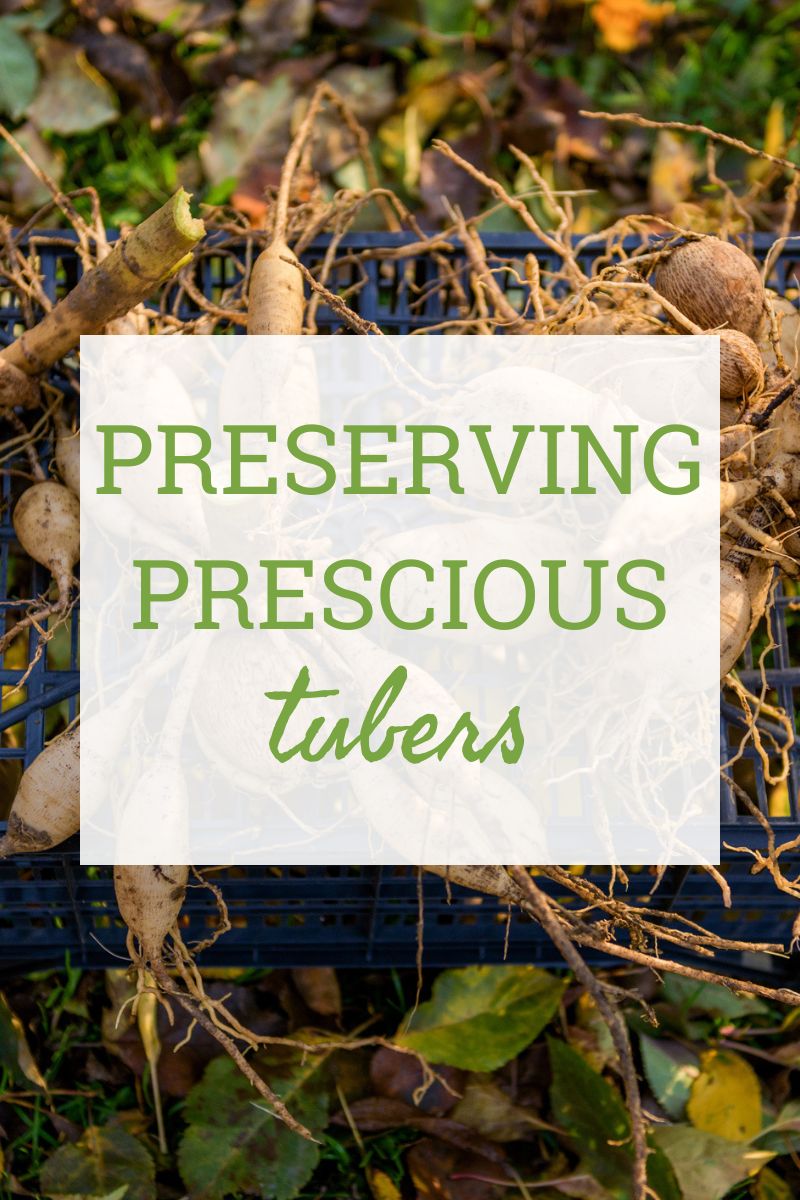 It’s fall again, which means it’s time to dig up the dahlias and the cannas. Since I moved from a very temperate region this is a chore that must be done before the first hard freeze, or risk losing these glorious bloomers; and remember, I’m cheap. I don’t want to pay for new dahlia bulbs.

The first year I moved to my current home I found out that it was too cold to leave these tender plants to overwinter directly in the soil. So, it was a bit of a learning curve as to how to store the tubers properly. Indeed, the first year was a fail. We rather cavalierly dug the bulbs up and placed them on a shelf in our basement. The bulbs shriveled, almost to the point of breaking apart when we touched them.

So, off to the handy dandy internet I went to read up on the proper procedure to store tubers. I found out many things, some which contradicted each other, which made it a bit difficult to come to a conclusion.

How to Store Tubers

I’ve tried storing my tubers a couple of different ways and the way that seems to work the best is in peat moss. First dig up your tuber using a fork to gently lift it from the soil. Be careful not to damage the tuber which can open it up to disease.

I rinse my dahlia tubers off and then set them to dry off a bit in the basement where it is cool and dry. After a couple of days I check them for any damage. If I find some that have been nibbled on or look diseased, I discard or cut the tuber apart to remove the bad area.

Then I just lay down a layer of peat moss in a plastic container (that has a lid), nestle the tubers down inside the peat moss, cover with more peat moss and then close the lid. They are then stored in an unheated, dark closet in the basement.

From what I’ve read, you are supposed to check the tubers to make sure they don’t dry out too much, but I’m never that organized. Frankly, once they are in storage, I forget all about them until it’s time to plant them again.

So far so good. The last few years of storing the tubers in this manner have been successful. Of course I mentally keep my fingers crossed the whole time as well, but so far so good. We’ll see what happens this year.