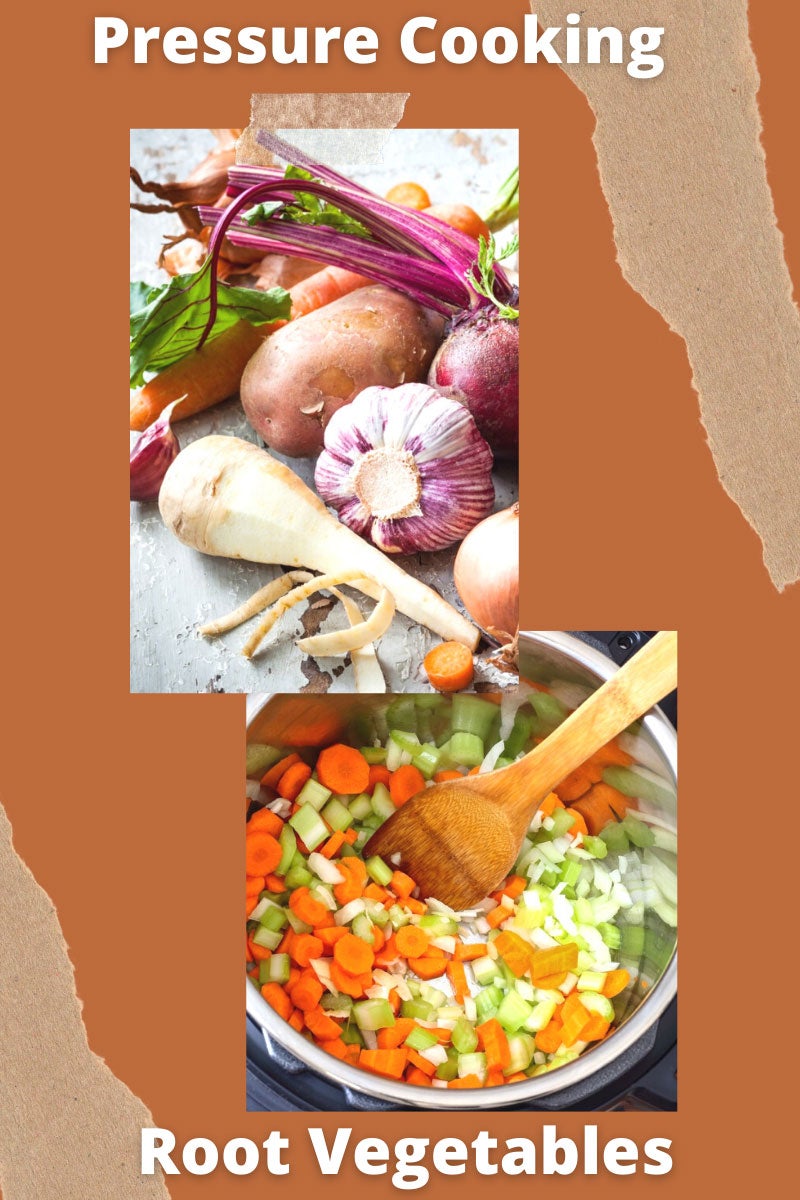 I love to garden, but it’s been years since I had a vegetable garden (other than tomatoes in pots). I’d rather grow wildflowers and other native plants that deer don’t bother. I try to co-exist with the deer, but sometimes it’s a major challenge. So, I don’t do a lot of cooking with plants from the garden and I don’t have many garden recipes, although I plan to add a herb garden this year.

I’m also not a very good cook, and I don’t enjoy spending a lot of time in the kitchen, which means big get-together meals, like Thanksgiving and the like, just don’t happen. This is why I thought an electric pressure cooker might be a good investment. I’ve only had my new gadget a couple of weeks, but I love it! My favorite things to cook in my electric pressure cooker (so far) are root vegetables – of which fall and winter is the perfect time for.

I live in a very remote area and there are a lot of things that just aren’t available here, including beets and turnips. Recently, I discovered that I can have “ugly” produce shipped to my home every week for a fairly reasonable price. What an awesome discovery!

I’m still experimenting, but I’ve learned that it’s easy to overcook vegetables in the pressure cooker. It works best to cut the vegetables (beets, turnips, carrots, sweet potatoes, etc.) into large, fairly uniform pieces, and then to cook them for only a couple of minutes. One day last week, we had root vegetables and brown rice (also from the ugly produce company). Yum!

My next purchase is a steamer basket that holds the vegetables above the water in the electric pressure cooker, thus preserving flavor and nutrients. I think this is an important accessory that will get plenty of use.

Although it isn’t a garden recipe, I’ll also tell you that electric pressure cooker spaghetti is probably the best spaghetti I’ve ever had. Macaroni and cheese is on the menu too.