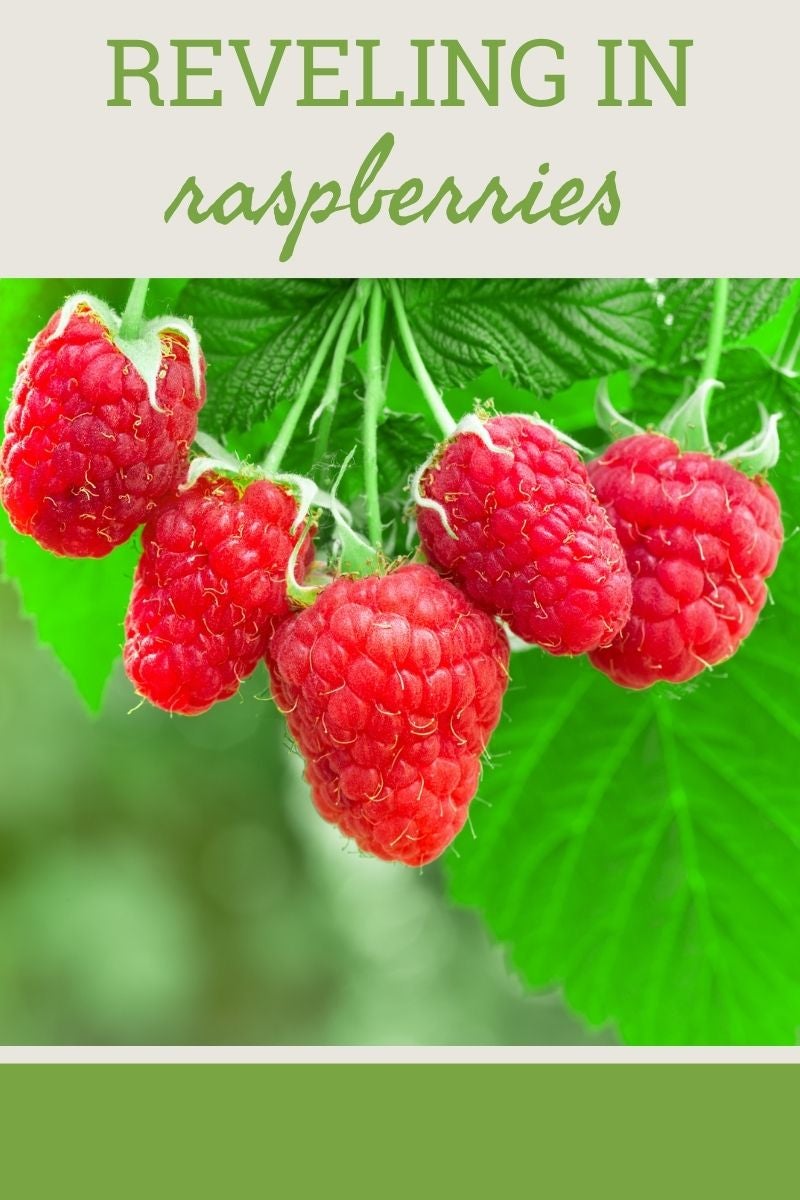 I love, no, adore raspberries. I am picky about fruit, but raspberries never fail to deliver; or at least mine haven’t failed me yet. I’ve never really counted how many canes we have and at this writing they are buried in snow, but I can say with assurance that there are plenty.

We have two types of raspberries. The majority of the canes are summer bearing which means they only fruit once in the summer and then not again until the following summer. This could be a real bummer but I’m so into raspberries we added twice bearing raspberry plants as well; which means I have a fairly steady supply of the fresh berries to snack on or whiz up in a smoothie.

Our canes are so healthy and are on a drip line, so they get plenty of water that we routinely get big, plump berries; and lots of them. So many that we give bags away to friends and neighbors and still end up with pints of raspberry sauce, ice cream, and dozens of zippy bags of whole, frozen berries. Oh, and let’s not forget the raspberry jam…delicious on cheese blintzes!

Anytime during the winter I feel like I need a taste of summer, I dig out a bag and transform it into raspberry cheesecake, a raspberry/cranberry sauce for pork, or a tossed spinach and chicken salad with raspberry vinaigrette.

There are so many delicious ways to use raspberries and in my neck of the woods, lest one become bored with the berry, we also have wild huckleberries and blackberries aplenty. The other good thing about our raspberry patch is we don’t have to keep an eye out for bears when picking the luscious fruit…

Just writing about raspberries is practically making me salivate. Gotta go toast some homemade bread and slather it with butter and raspberry jam. Lots of jam!