Trying To Grow A Scent From The Past 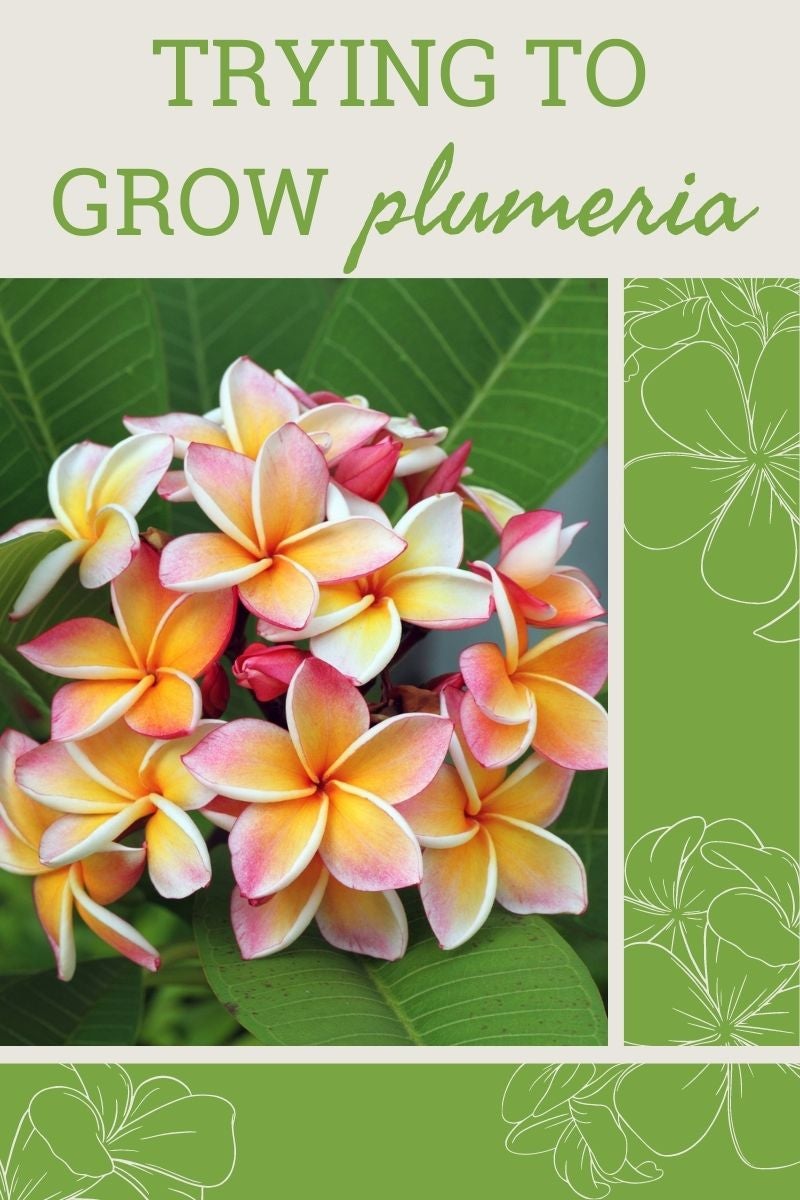 Anyone who has visited the Hawaiian Islands is familiar with the intoxicating and unforgettable scent of the plumeria tree. The flowers, which come in a rainbow of colors, are instantly recognized, particularly the white and yellow varieties. Plumerias are known as the flower of the lei, a wreath of flowers worn around the neck.

My dad was in the Air Force, and he was lucky enough to get an assignment in Oahu, Hawaii,  for three years. I attended first through third grades there, and one of my fondest memories is of the plumeria flower and its wonderful scent.

Five decades later, after joining a garden club in Kansas, one of the members emailed all of us that she had plumeria sticks (unrooted cuttings) to give away for a donation to the club. What was this, I wondered? Plumerias in Kansas? I quizzed the member and found out she had purchased her original plumeria sticks from QVC, and as it grew and needed pruning, she rooted cuttings from it. The previous fall she had taken more cuttings and potted them up in her basement under a grow light. I emailed back that I would like one and she said to come get what was left.

Well she had six left and I gleefully took them all planning to share with my four sisters. Thus began the odyssey of trying to root plumeria cuttings, keep them alive during the summer, then overwinter them inside.

Plumeria cuttings need very well-draining soil and because they have no leaves yet, must be protected from too much water. I took that instruction to heart and kept a watchful eye on the weather to make sure the plumeria sticks didn’t get excessive rain. It was not unusual to hear me, day or night, during a rainstorm, rush out and move the plumeria pots to safety under a round metal table. Afterwards, I returned the plumeria cuttings to their full sun position on the deck where I watched them daily, willing them to grow roots and leaves. Three of them did. As they leafed out, I kept one, and the other two went to my sisters.

When fall came it was time to bring them inside for the winter. Water was always the critical issue. How-to articles read the riot act on not overwatering. “Bring the plumeria inside and let it naturally drop its leaves,” they wrote.

By the end of summer my rooted plumeria was beautiful – lots of green leaves and three stems sprouting. I was so proud but always nervous. One misstep could cost me the plumeria.

The plumeria had not been watered for a while and I thought I would water it once more before bringing it inside for the winter. Big mistake. The next day after watering, all the leaves were limp. I rationalized it was because it was going dormant and would lose its leaves. Which it did, but the top of the stem grew dark, and I panicked. I read all the plumeria-care articles online and they said to cut off the dark stem to white wood.

With bated breath, I performed the needed surgery. It didn’t help. The stem continued to soften and I quickly lost it. I still feel heartbroken at the loss. That happened in December and by January I decided to order a rooted cutting from a Florida nursery. I was so excited. I purchased two just in case.

The plumerias arrived and I quickly potted them. Since it was the precarious wintertime, I was careful only to water them initially, then leave them dry until spring. I lost the smaller one but the larger one lives on. I have it outside sunning on the deck.

I anxiously await that intoxicating scent from the plumeria flower.