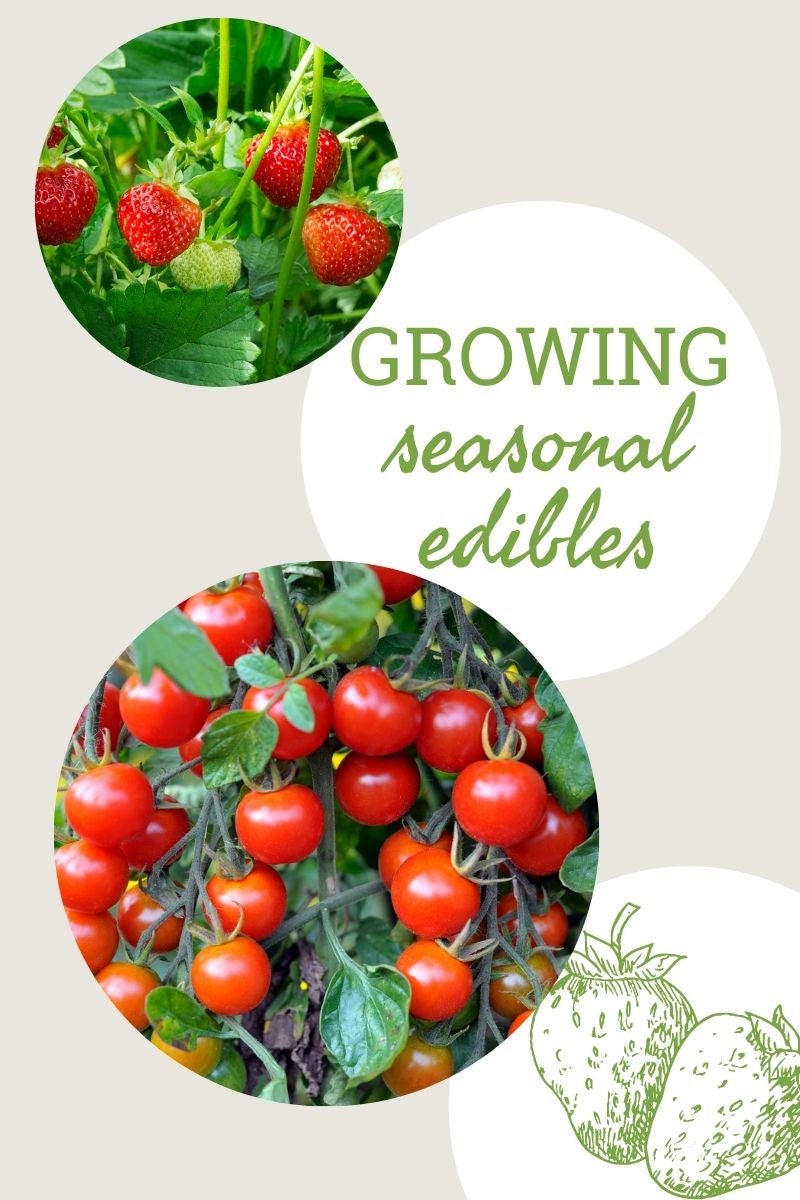 More of an ornamental grower, I do dabble in small produce like strawberries, blueberries, and cherry tomatoes, as well as a variety of herbs.

I tend to focus on one “edible of the season.” For a couple seasons it was blueberries, but after a lackluster crop last year and likely this year, my potted blueberry’s best use this summer is as a privacy shrub on my deck.

Last year’s stars of the show were two types of cherry tomatoes, which I grew in a large container on the backyard deck. They did well, and it proved to be a good exercise for my grandchildren, who loved running outside to pick the ripest fruit during each visit. And if ripe was not available, little groping hands reached for the green tomatoes. So, I often had green cherry tomatoes sitting on the countertop or in a bowl to ripen.

The herb parade this season is in a waist-high raised bed called the “pig food.” My son has four guinea pigs who enjoy fresh fruits, herbs, and vegetables along with their hay and commercial food staples. Growing from seed in the bed are pig favorites such as dill, parsley, cilantro, snack peppers, spearmint, and leaf lettuce. My son runs out everyday to harvest goodies for the animal pack, who squeal with joy upon the treat’s arrival.

In other containers I grow cooking herbs such as Greek oregano, chives, garden sage, and rosemary. Truth be told, I only harvest the Greek oregano occasionally for spaghetti sauce and really enjoy the others more as ornamentals. Last year I also bought chamomile and lemon balm, which reseeded and they are both blooming right now. I love the cheery, daisy-like blooms of chamomile. Lemon balm tends to reseed rather aggressively, but it is easy to give away. After all, who doesn’t want a plant that smells lemony?

For the black swallowtail butterflies, I grow fennel, rue, and parsley. However, the fennel disappeared, probably harvested by the wild rabbit that lives under the deck.

My edibles this summer are everbearing strawberries. Since I planted the starts this spring, it is recommended to pinch off the flowers till midsummer to give the roots a chance to develop before letting the fruit grow in late summer. I have grown strawberries before in a patio container and often enjoyed them on my cereal for breakfast.

As you can see, even a dedicated ornamental grower can find pleasure in pursuing edibles.