Shrub Planting Mistakes: What Not To Do With Shrubs For Your Landscape 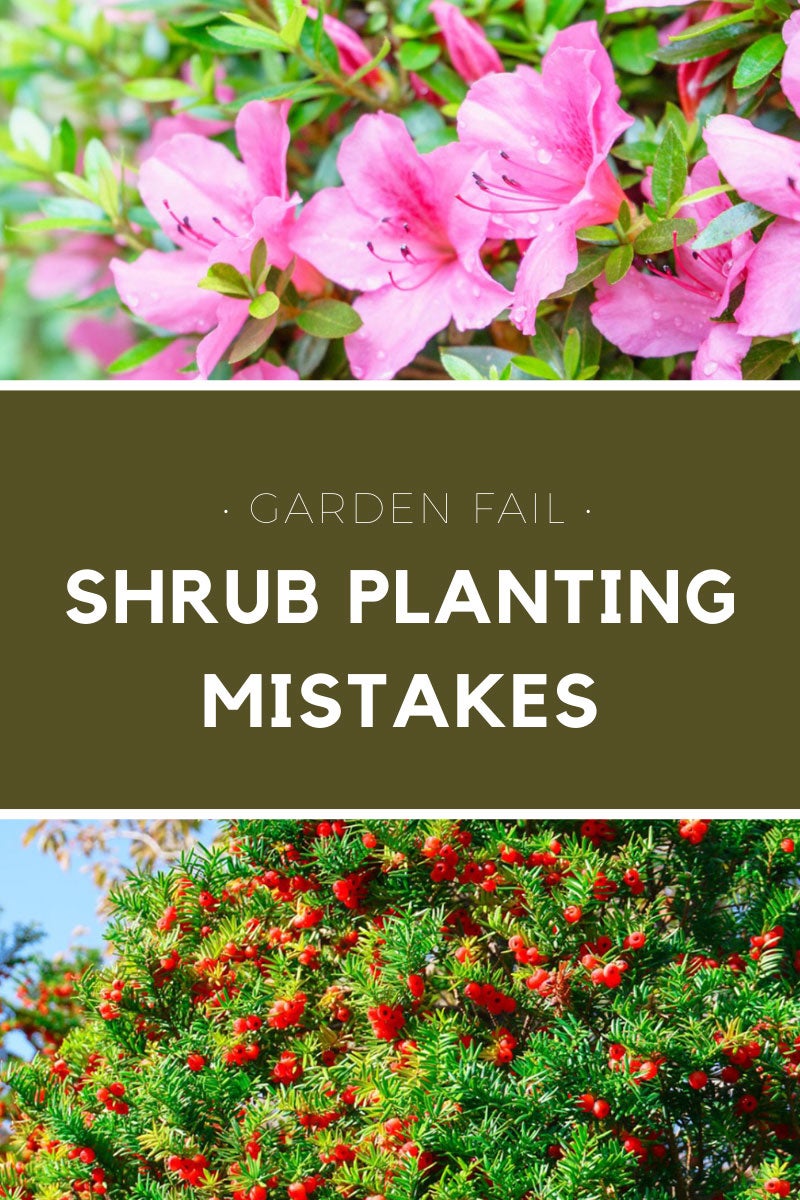 When it comes to planting different types of landscaping shrubs, you might as well paint a huge “L” on my forehead. I’ve tried and failed at growing most common landscape shrubs. Everything from azalea to yew has been an experiment in futility. Due to my utter failure with shrubs, I’ve gained valuable experience in what not to do.

It all started soon after we bought our property. Sitting in our new backyard was a rather mundane-looking cinder block building. I was told by the neighbors that it had originally been a commercial chicken coop. (Back in the days before mega chicken farming was a thing.)

Nonetheless, the brownish gray block, red-tinted windows, and lack of landscaping was an eyesore. It was well built though, and I needed a barn for my horses. Naturally, I set to beautifying my new stable. Paint, new windows, and of course, landscaping were the projects at hand.

I chose cute little ball and cone-shaped yew shrubs and pink blooming azaleas to decorate the front of the stable area. I planted a Nelly Moser clematis and hyacinth bulbs between the shrubs. Then, each summer I would choose brightly colored annual flowers to add attractive accents. I was very pleased with myself.

At least, I was pleased with myself at first. I soon realized I had made several faux pas when it came to planting different types of landscaping shrubs. First and foremost, yew shrubs aren’t just poisonous, they are highly poisonous. A couple mouthfuls of fresh needles could prove deadly to a horse. Thus, yews were an extremely poor choice for the stable yard.

Secondly, yew shrubs are fast growers. They grew much faster than the azaleas. Even annual pruning couldn’t keep the yews from outpacing the azalea. After a few years, the entire flowerbed looked disproportionate. This was aggravated by the fact that I had planted those adorable little shrubs too close together.

Thinking back, I never imagined how big a yew could grow. One by one, the azaleas were smothered by the larger shrubs. It wasn’t long before I could no longer open the front windows to the barn as the horses could reach out and graze on the highly poisonous yew. Eventually, even my beautiful clematis was crowded out.

My failure to research and sheer lack of planning has resulted in an utter mess in front of my barn. In hindsight, I really should have chosen bushes which required less maintenance. Yews can be beautiful landscape shrubs when their shape and size are controlled with regular pruning- a task I simply didn’t have the time to perform.

So, my advice on how not to fail when planting shrubs is this:

Hopefully, you can save yourself years of aggravation by learning from my disastrous shrub planting mistakes. Maybe next time, I’ll do a little better as well!