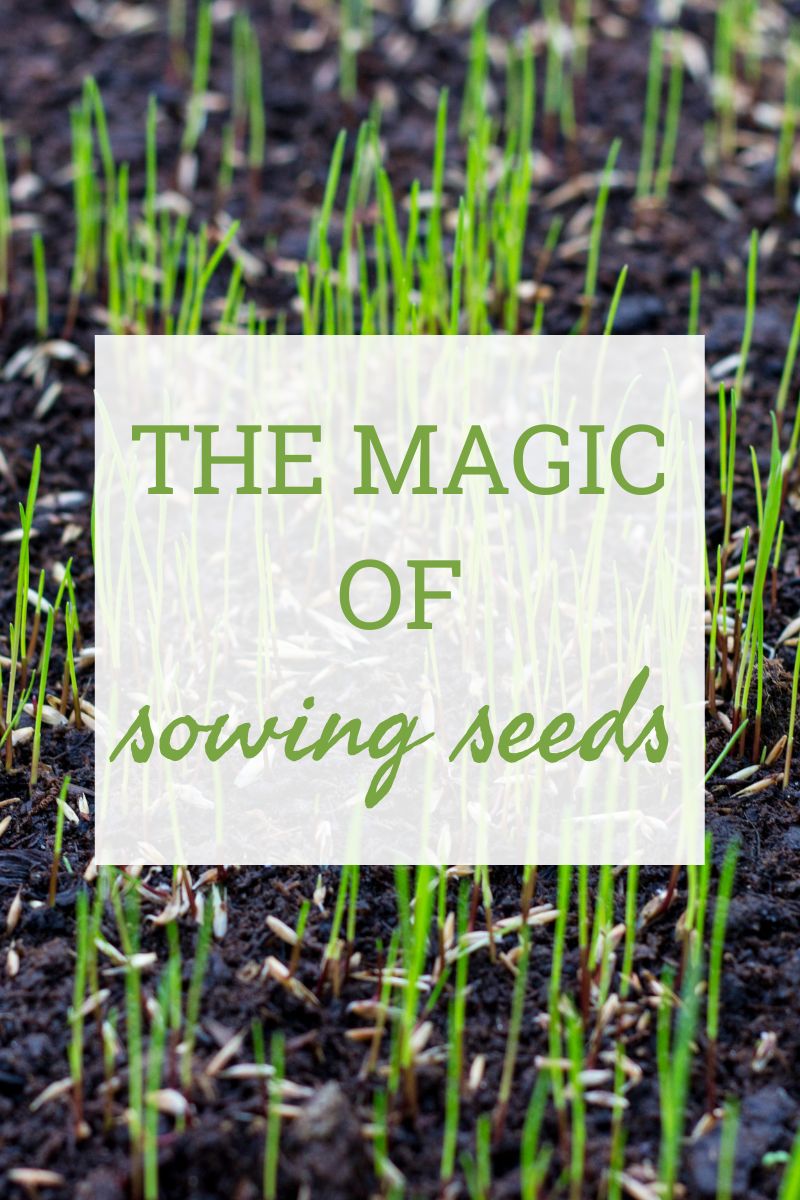 When I was first trying to break into writing, my boyfriend was trying to break into the music scene. Each time he would send out a tape, each time I would send out a story, we called it “sowing seeds.” To me, a seed seemed a possibility, a hope, an optimistic effort toward a dream. Even now, years later, I still think of seeds as symbolizing the possibility of something wonderful.

What is a seed? Small and often a dull color, it is nature’s promise that a new plant is waiting in the wings for a moment in the sun. Like a tiny gift under the Christmas tree can hold a diamond ring, a seed can hold a precious jewel of a plant, an impressive tree or magnificent flowering shrub.

Of all the inventions and discoveries humans are credited with, none come close to the magic of a seed. To a gardener, seeds do seem like the best part of magic. Toss a handful of grass seeds on a prepared ground, poof! A lawn appears.

The Power of Seeds

Like dreams, seeds have a power that is not reflected in their size, shape or appearance. Who would guess that majestic coastal redwoods, the tallest species of tree on earth, grow from seeds that are smaller than a pea? In the same way, a dream can be a tiny flame of hope and blossom into a seismic change for the better.

Think of the amazing process necessary to fulfill nature’s promise. When a tiny, dry seed hits moist soil, it absorbs water through the seed coat and, as it does so, it expands in size. At last, it bursts its buttons and cracks. That lets it come into contact with moist soil or growing media, and the seed begins to take up water through the seed coat. As it takes up more water, the seed expands and the seed coat breaks open, releasing the embryo inside, a shoot and a root. Both emerge and grow, one up, one down, creating a plant.

The Magic of Seed Dispersal

It’s clear that if all of the seeds of a plant fall to the ground just below the lowest leaves, few of the baby plants will be able to thrive. They have no legs to carry them to more promising territory, but all plants have developed methods to help their seeds travel.

Think of the variety of methods of seed dispersal! Some are carried by water, others, wind. Think of the seed pods that look like little helicopters and twist their way to greener pastures while floating in the breeze. Seeds covered by edible fruit rely on animals or birds to eat them and disburse them somewhere far away. Some are never released until a fire burns through the area.

It is impossible to contemplate seeds for any length of time without feeling the power of nature to create such a small package overflowing with hope.