Sunburn As I Get Older Feels Worse Than I Remember 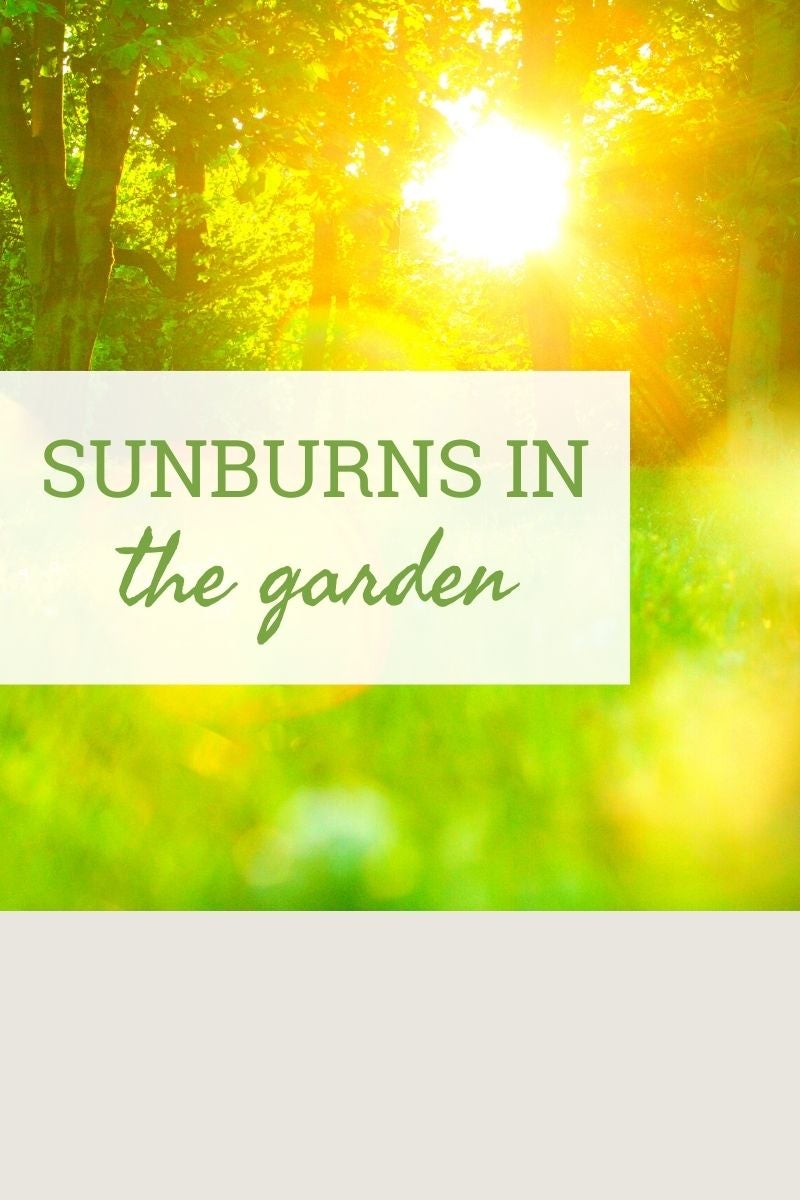 If you find me appealing, especially when gardening season is back in full swing, it’s probably not due to my captivating personality or my wondrous plant collection. More likely than not I’m just sunburnt!

Having what I jokingly refer to as “raw chicken” white skin, getting sunburned easily is fairly common with me. And when I’m not busy getting scorched, even with sunscreen slathered over my bare spots, the sun triggers an outbreak of freckles. Trying to avoid this (the sunburn anyway), I normally spend my time gardening during early morning or later in the evening when the sun isn’t as intense. I also like to stick to the shadowy areas provided by shade whenever I can. But, sometimes, I’ll either forget the sunscreen or lose myself in whatever activity I’m doing and then suffer the consequences once I’m finished, usually with minor burning that inevitably explodes into a freckle eruption later.

Luckily, I haven’t suffered any major sunburns in a long time. But it’s especially important to protect myself from sunburn as I get older. In fact, according to the experts, just five bad sunburns while young can more than double your risk of getting melanoma later. Unfortunately, I have had some pretty bad ones in the past, complete with oozing blisters and horrible peeling going deep into my flesh. Normally, it doesn’t take long to learn from my mistakes, and since my husband has had issues with melanoma himself, I’m a little more cautious now. Still yet, there are times when I do slip up. I am human after all! Take, for example, this past month (April at the time of this writing).

I was out early, as it was expected to reach 80 F. (27 C.), much warmer than usual this time of year. I had no plans on staying outside long, so I didn’t bother with any sunscreen. No sun hat or protective clothing either. I wanted to revamp an existing garden in an area where I recently had a tree removed. Initially, I was just trying to mentally get it planned out with what I wanted to do there. Money has been tight lately, so as I gave it some thought, I decided to choose plants I already have plenty of, as opposed to buying new ones. So, I started thinning out other areas of the garden by dividing clumps of irises, daylilies and hosta. I also moved a hydrangea shrub and transplanted fountain grass to this bed since neither had been flourishing in their previous locations. Little did I realize that time was quickly slipping away from me. Before I knew it, the hot afternoon sun was beating down on me.

Long story short, by the time I had finished planting and mulching that bed and come inside, it wasn’t just my aching back giving me a hard time. My arms were stinging and my face was on fire! I could tell with one glance that my arms were sunburned, but when I peered in the mirror as I washed all the dirt off, my face was as red as beet, and not just because I was hot (which I was at this point). I was not just a little sunburned, I was flame-broiled with my cheeks, nose and forehead blood red and painful to the touch. It’s been a long time since I’ve had to turn to aloe for sunburn relief, but that’s exactly what I did. And hubby had to turn the air conditioning down since I felt like it was 100-plus degrees that evening, despite the fact that I wrapped myself in a quilt to fend of the sunburn chills (yes, it’s a thing).

Although my reddened arms turned a light shade of brown caked with dark brown freckles after a few days, my slightly puffy face still remained a dark, please-don’t-touch pink for more than a week. I try to justify my forgetfulness with the fact that I need my daily dose of Vitamin D, but all jokes aside, I’m well aware of the dangers from being out in the sun too long and forgetfulness is no excuse. Sunburn as I get older is no joke, and this sunburn was a painful reminder that I need to do better. I will do better. Whether outside for a minute, an hour, or an entire day, I will remember my sunscreen and hat in the garden from now on.