The Tater Tubs – My Experience Growing Potatoes In Containers 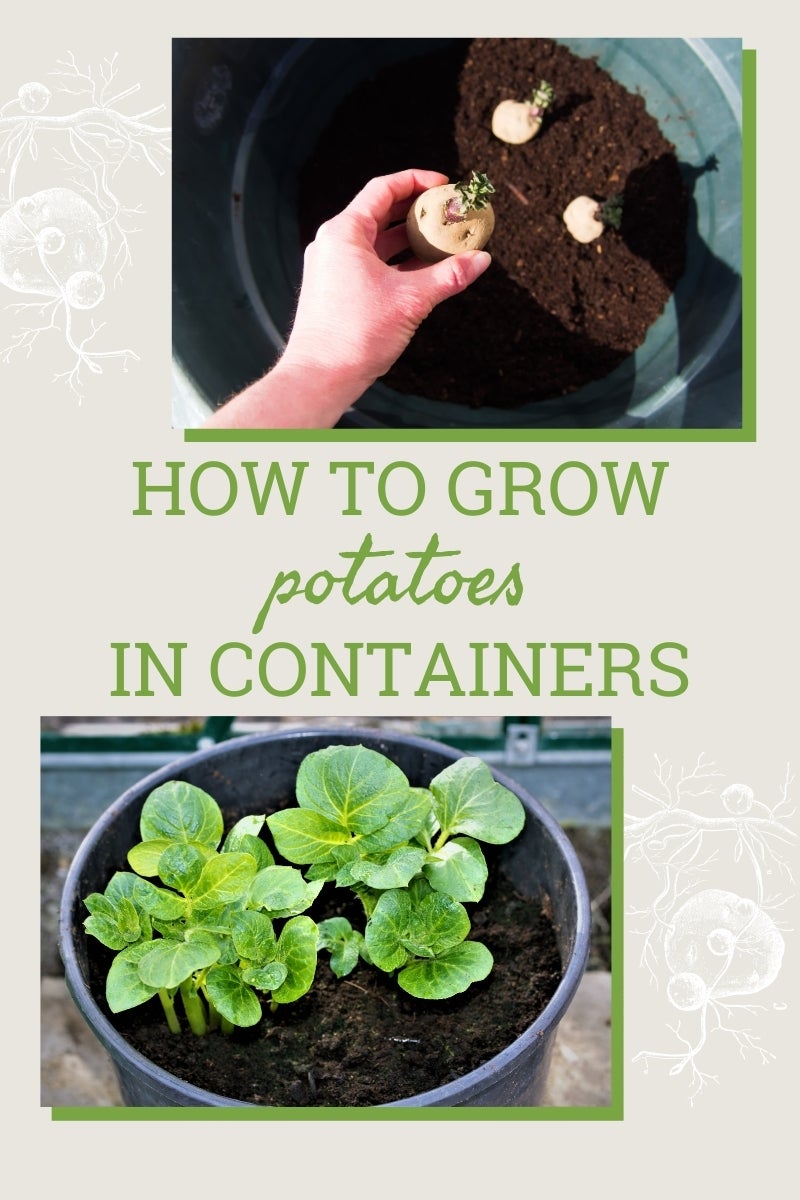 Containers that automatically water your crops are invaluable during the growing season. They are self-sustaining especially if you plan to do some traveling and they make harvesting a breeze. This is how our tater tubs started out and they have proven to be useful year after year. Container potatoes make harvesting at any time a breeze.

I love potatoes and have never had a garden without them. However, when it comes time to dig them up there are inevitably some left behind, which get moved around the next spring when it’s time to dig compost into the bed. That means that over time the entire garden will be slowly taken over by spuds. To prevent that we created tater tubs.

The idea was a no brainer since we own cats. What do cats and spuds have to do with each other? We have many cats, which means buying their litter in bulk. Those big plastic containers the litter comes in were piling up. Around the same time the potatoes were springing up in all areas of the vegetable garden, almost weed-like in their determination to take over. Well fortunately we were moving, so the taters were going to be the new owner’s problem, but we wanted to take some starts with us. We decided to try growing potatoes in containers.

To make the tater tubs we drilled a large hole in the bottom of one tub just large enough to fit a plastic PVC pipe into. This was the part that would create self-watering containers. You will also need several smaller holes in the bottom, just like drainage holes. In the tub place a bit of soil and plant your starts. Insert that container into another. There should be some space between the two, so fit in rocks or brick or something to create that space. Then pour water into the PVC pipe. It will fill the space between the 2 containers and over time wick up through the smaller holes.

Growing potatoes in containers like these had several benefits. The water would last for several days and keep the plants moist. But when it came to harvest, the self-watering containers proved to be even more valuable. All we had to do was place out a tarp and dump the container potatoes out onto it. The spuds were easily available and none were lost. And best of all, they weren’t in the vegetable garden, hidden menaces that would take over the following spring.

Tater tubs are easily portable, can be used for many years, and work with other crops. We have used them for sweet potatoes and tomatoes. They seem especially useful for the nightshade crops. You can make them with any buckets or containers that fit together.

In spring we chit our selected varieties of spud and pop them into the containers, hilling them with more soil as the greenery appears to force more rooting and therefore, more taters. It is an effortless system that has proven to provide excellent results.

So whether you have little garden space or just want to corral your spuds, try making tater tubs. Very soon you will be enjoying baked, fried, grilled, mashed, steamed, and any other method of preparing nutritious potatoes.