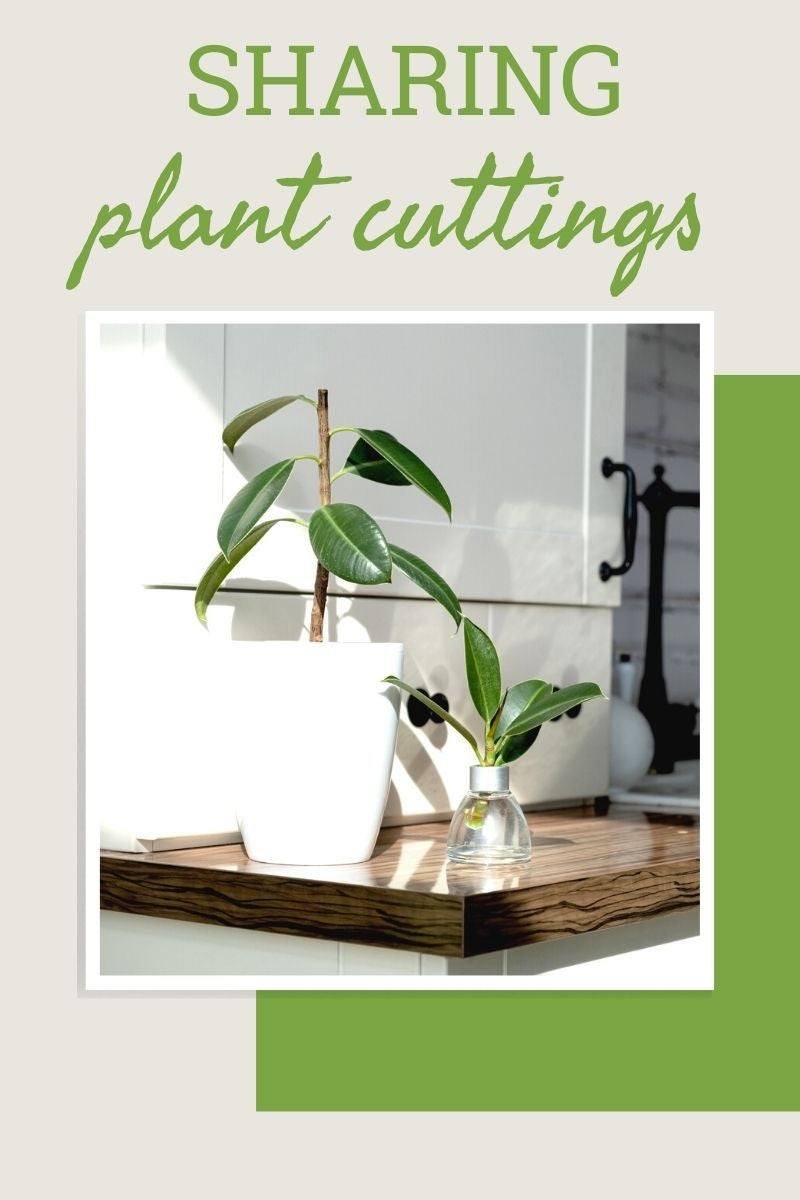 Plant propagation is not something I got into immediately. I still don’t do it often, but I usually try something new each year. My preferred method of propagation is cuttings. It’s an easy way to grow a new plant and share with friends.

Most of my cuttings are taken from houseplants and to share with friends. I have occasionally created new containers using my own cuttings. A lot of houseplants are well suited to cuttings, like my philodendron.

Cuttings are probably my favorite style of propagation, simply because it’s so easy. All you need to do is make a clean cut from a stem, just above a leaf node. Stick the bare stem in a glass of water or damp soil and wait for roots to grow. It’s important to remove some of the lower leaves, of course. Stuck in water for weeks, they’ll only rot.

It can take a few weeks, but in the meantime the cutting needs constant water, temperatures that aren’t too cold, and access to sunlight. I haven’t tried a rooting hormone with houseplants, but I may in the future just to speed up root growth. Once there are roots, I simply put them in a new container of moist potting soil.

If taking cuttings from easygoing houseplants like philodendron is beginner propagation, perennial cuttings are intermediate to advanced. Perennials and shrubs can be a little more particular, but it’s still fairly easy to take and root a cutting to share.

I once helped myself to a hydrangea cutting from a friend’s garden. It went well, but unfortunately the deer in my neighborhood ate the new little plant. Cuttings from hydrangea, butterfly bush, and other similar perennials require a little more finesse. Here’s how I propagated the hydrangea:

Roots appeared in just two weeks. I let it grow in the indoor container for a while to get strong. I placed it outside during the day to harden off a little. It was in great health when I put it in an outside bed, which unfortunately, the deer noticed. With that success, though, I plan to try more perennial and shrub cuttings in the future.