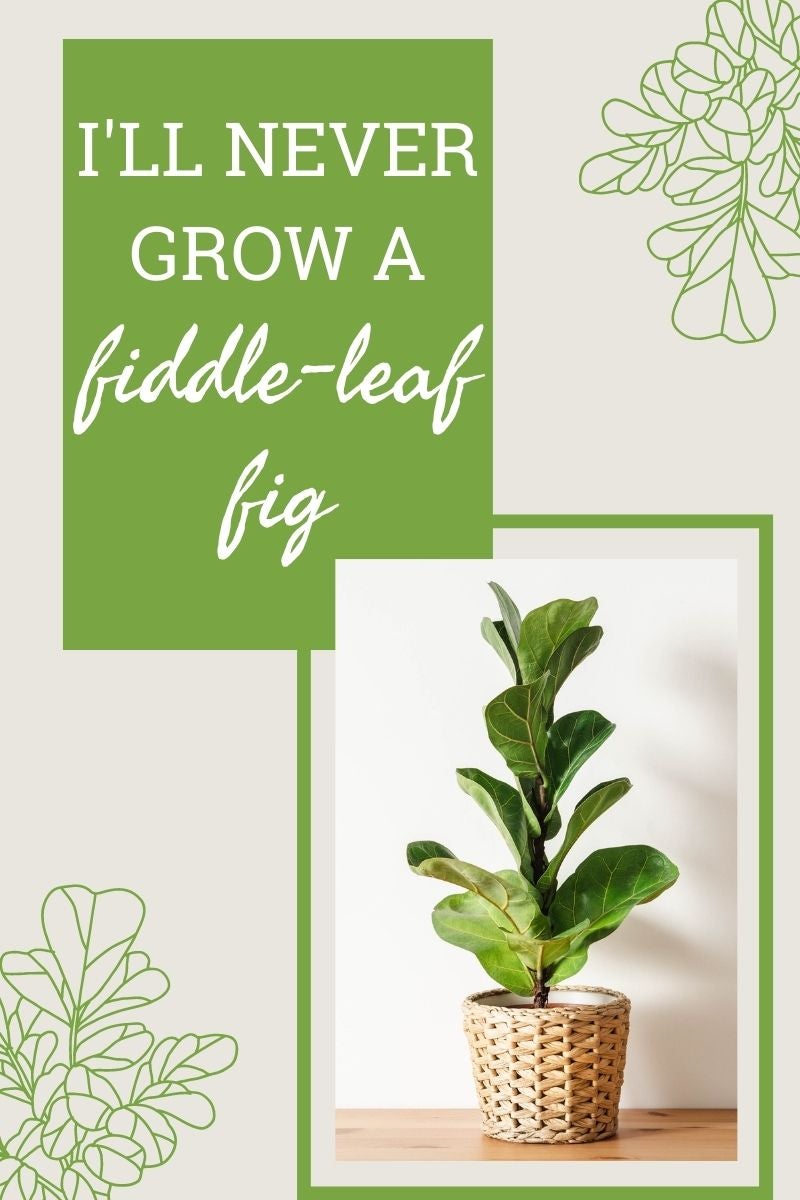 Some people enjoy the challenge of a picky houseplant. I don’t. I tried it once, not knowing what I was getting into, and I’ll never make that mistake again. The poor ficus just suffered and died at my hands.

Before I knew a lot of plants, I bought myself a fiddle-leaf fig. I felt so grown up in my new apartment and wanted a grown up houseplant to go with my new adult lifestyle. What I didn’t know was that this gorgeous ficus is awfully finicky.

I didn’t give up on it, though. I felt I owed it to the plant to at least try. Initially, I assumed all it took to grow any houseplant was a sunny window and regular water. Within just a few weeks of bringing it home, the leaves started to turn yellow and brown and dropped like flies. I did some research and managed to keep it going for nearly a year before we both gave up.

How Not to Take Care of a Fiddle-Leaf Fig

This is a beautiful houseplant. It has big, paddle-like leaves and can grow quite large outdoors. It is native to tropical Africa and is only winter hardy to about zone 10 in North America. Clearly, this is not a plant that would thrive indoors in Michigan, especially during dry winters.

This was my first mistake, choosing a plant not suited to my location. Next, I failed to realize it wouldn’t like bright light. Once I knew this, I moved the fig around my apartment to see where it would be happiest. This was another mistake. They don’t take well to change.

I finally settled the ficus into a spot next to my balcony. This provided bright light, but it wasn’t direct. The next mistake I made was overwatering. I actually knew it was a tropical plant, so I thought this meant it would want water daily.

Fiddle-leaf fig does like moist soil but not every day. I found the best way to water it was to soak the soil once a week and let it drain really well. The browning of leaves on a fig is a characteristic sign that it’s getting too much water.

Although it doesn’t want to be overwatered, ficus also hates to be too dry. It’s hard to strike the right balance. Watering once a week with drainage and keeping a pot of water next to the plant helped. I also misted its leaves daily.

Finally, I learned that there is a right and a wrong time to fertilize this plant. And, I found you can get a fertilizer specifically for fiddle leaf fig. Don’t feed it in winter when it goes dormant, but a dose of this specialty fertilizer goes down well in spring and summer.

I won’t tackle this plant again. I prefer to grow easy houseplants and save my energy for the outdoor garden.