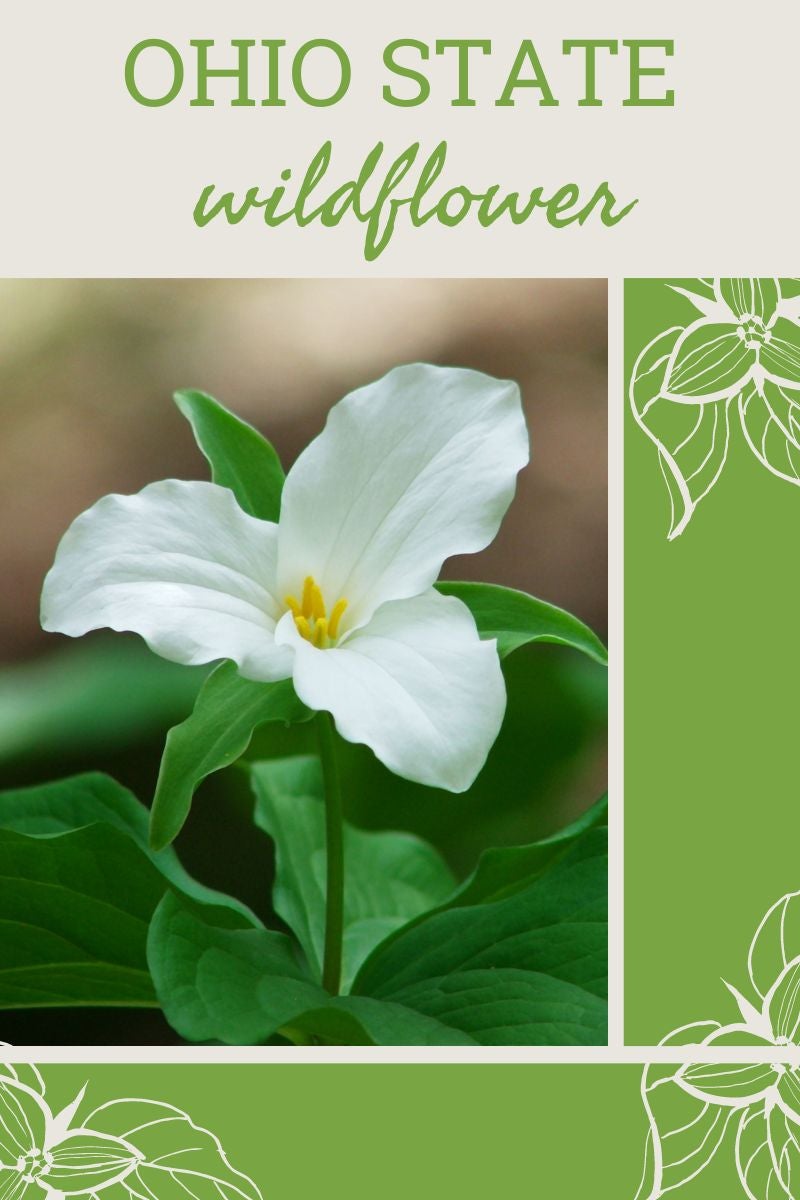 Where I live, we have several official state plants. Yet it’s the Ohio state wildflower which I find most intriguing. Adopted in 1986, the great white trillium can be found in all 88 of Ohio’s counties. In contrast, our official state flower, the red carnation, is a native of Eurasia.

It seems to me that any official state flora or fauna should at least be a native of that state. But hey, I’ll get off my soapbox and explain exactly why the great white trillium (Trillium grandiflorum) is such an awesome plant.

While not rare, one won’t find my state’s wildflower growing along roadways or in open fields like any ordinary native species. Trillium are herbaceous, woodland plants which only flower in the spring.

By August, the plants die back, leaving no trace of their existence until the following spring. So if a person wants to see the great white trillium, they have to look for it. I like to think of it as a plant scavenger hunt. The prize, of course, is catching one of these beauties in bloom.

There are about 40 species of trillium which are native to North America, most of which are found in the Eastern US. Trillium grandiflorum has a range which extends from Maine to Minnesota and from Georgia into Canada. Thus, one need not live in my home state of Ohio to scavenger hunt for this flower.

Trillium grandiflorum is so named for its impressive three petal flowers which start out white, but turn pink as they age. The flowers sit atop a stalk which also bears three leaves. This all grows from a rhizomatous root that stores the energy for this plant to bloom each spring.

Like daffodils and tulips, removal of the leaves before the plant dies back jeopardizes its ability to bloom the following year. Due to the short stem between the leaves and flower, this is all too easy to do if one should pick a white trillium flower. For this reason, harvesting wild trillium flowers is discouraged, if not illegal in some areas.

Unfortunately, it’s not only humans who can compromise wild stands of trillium. Ohio’s official state mammal, the white-tailed deer, love to snack on the Ohio state wildflower. Deer can snip the trillium plants off at ground level, which deprives the roots of energy. This can result in death of the plant.

In lieu of planting non-native flower bulbs like daffodil, hyacinth and tulips, we can adorn our spring gardens with the beauty of Trillium grandiflorum. Most gardeners are aware of the many benefits afforded by planting native plants, but please don’t remove these beauties from their natural sites.

Both white trillium flower seeds and plants are readily available online. Trillium prefer a moist, humus-rich soil and can be mulched with shredded leaves. Plant the rhizomes in shady to partial shady locations and be patient. It can several years for these intriguing flowers to reward us with their blooms.