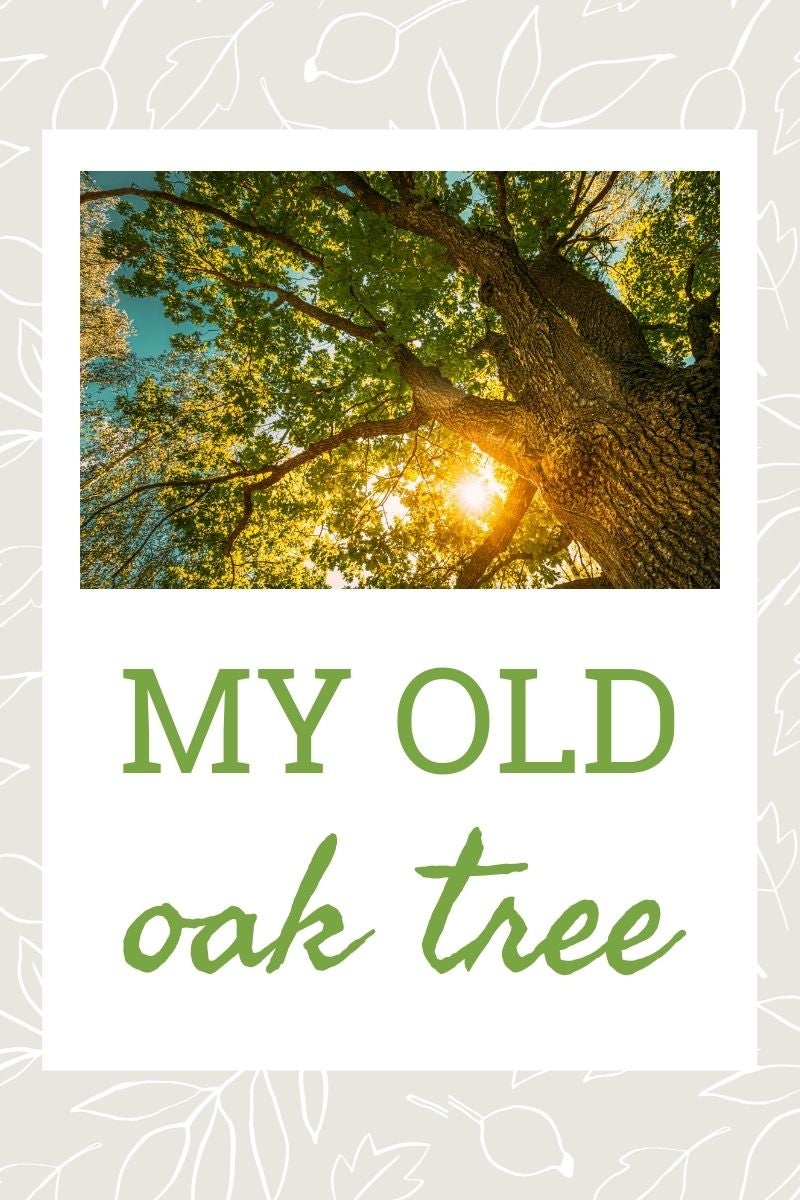 Losing a beloved tree is like losing a little piece of your heart. Trees can be a part of your life for 10 or 20 years, meaning that you may have a longer relationship with the old oak tree than you do with your first spouse. Everyone has to find their own best way of dealing with the loss.

It is no coincidence that I used the old oak tree example in the introduction. The beloved tree that I lost that hurt most was the old oak beside my house in France. It was over a hundred years old, surviving strong winds and cold Basque winters to bloom every spring and drop acorns every fall.

This was one of the few trees on the property when I arrived. The structure on the property was officially a bergerie, a stone cottage where the shepherd (berger) lived while guarding the sheep on the mountain. Five massive oaks were planted around the parcel boundaries, and the one we called “the old oak tree” was the one closest to the house.

That tree was a part of my life for almost 20 years. It grew just uphill from the bergerie and, as we fixed up the structure to live in, the workers recommended that I take it out. They thought it would be a risk in the winters when the south wind blew in from behind it at unbelievable speeds.

I refused to cut down the tree though. It had been there so much longer than I had, and it had obviously withstood many a winter wind. I bet that it would stand another decade or more, and, as it turned out, I was right. My daughter grew up playing beneath that tree. I built her a swing hanging from ropes in its branches. We put a birdhouse in the tree and watched the parent birds bring twigs to build a nest, then heard the shrill tweets of the newborns calling for food.

The old oak tree was a pillar in my life for all those years. While I changed and my daughter changed, the tree stayed the same: tall, with thick, spreading branches, dropping leaves in fall, leafing out in spring.

Then it developed some type of insect issue that carved a hole in the bottom of the trunk, a hole that grew into a cave. The wood inside the crater was golden, not white or green, and each year the hole grew larger.

The handwriting was on the wall. Since the tree dropped hundreds of acorns every year, many small oaks grew at its base. I picked a strong one and removed the rest. This little tree has now grown to be some 15 feet (5 m.) tall. It will replace the old oak tree this year perhaps or next, whenever the time is right. It feels right that one of the old tree’s “children” should be asked to step into its place.