The Reemergence Of The Robin 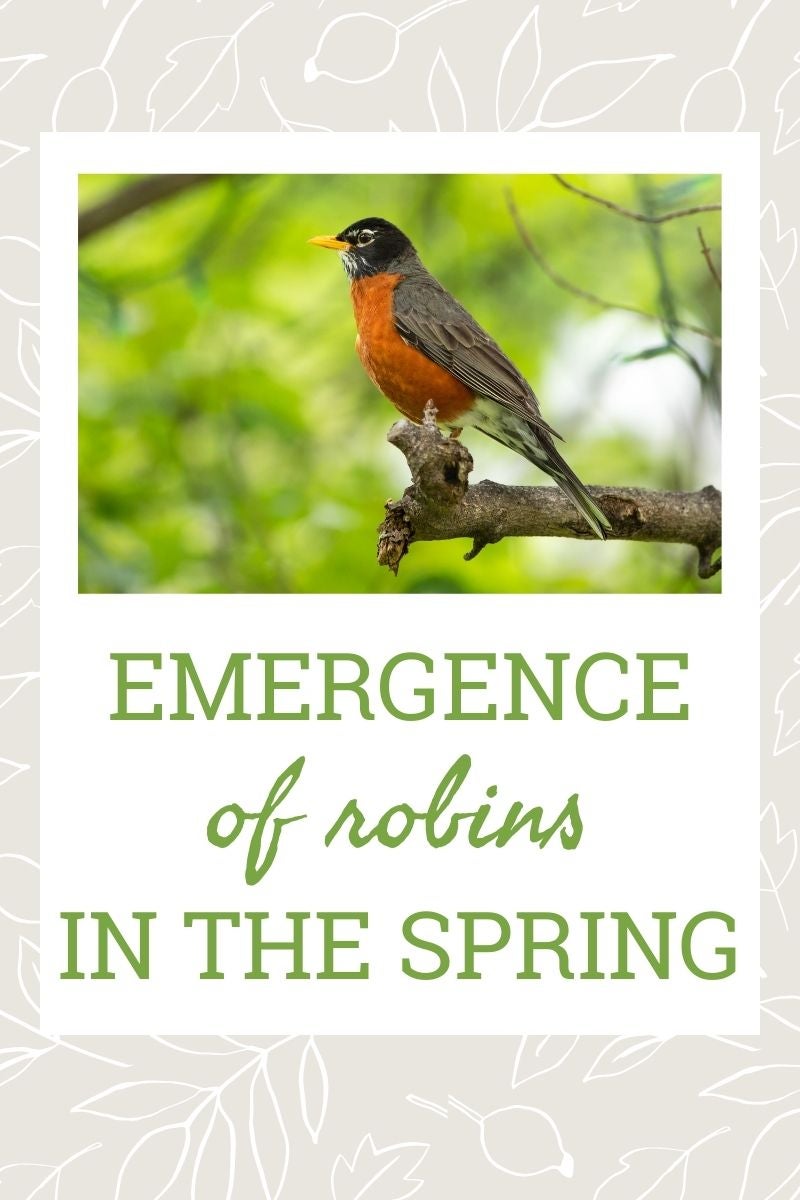 The robins are here. That might not mean much to most, but to me it is an indicator that spring is nigh. Now don’t get me wrong, the groundhog says six more weeks and there’s still snow on the ground (albeit just in spots), but the days are infinitesimally longer and well, the robins are back.

Robins in the Garden

Actually, they never left. Contrary to popular lore, most American robins hunker down and stay even in northern regions; provided there is plentiful food of course. The difference is that they tend to form large nomadic flocks that congregate in areas where there are lots of edible trees and shrubs.

In the spring the flocks disband and that’s when people start seeing a duo or two hopping around yanking worms out of the garden. At this time courtship is in full swing and preparations being made to raise chicks.

Robins may be the first wild animal harbingers of spring to me, but I also keep my eye out for the squirrels. Again, the squirrels didn’t go anywhere during the winter instead they burrowed into their sheltered nests high up in the trees where they survive on fat reserves and stored food.

When the weather begins to warm a touch, out they come to frolic along the power lines and fence posts, bee bopping across the street in danger of getting squashed but seemingly without a care in the world.

I live in a city, so these are the two urban dwelling types of wildlife I get to see, but at my parents’ house it’s a different story. There we begin to see deer, elk, even a moose or two, along with quail, all ready to begin the process of reproduction and the rearing of young.

Soon I’ll be peering into the prairie grass to see a newborn fawn at my folks’ but for now, I’ll take the peeping of the robins as proof that spring will come again.