These Trees Can Talk 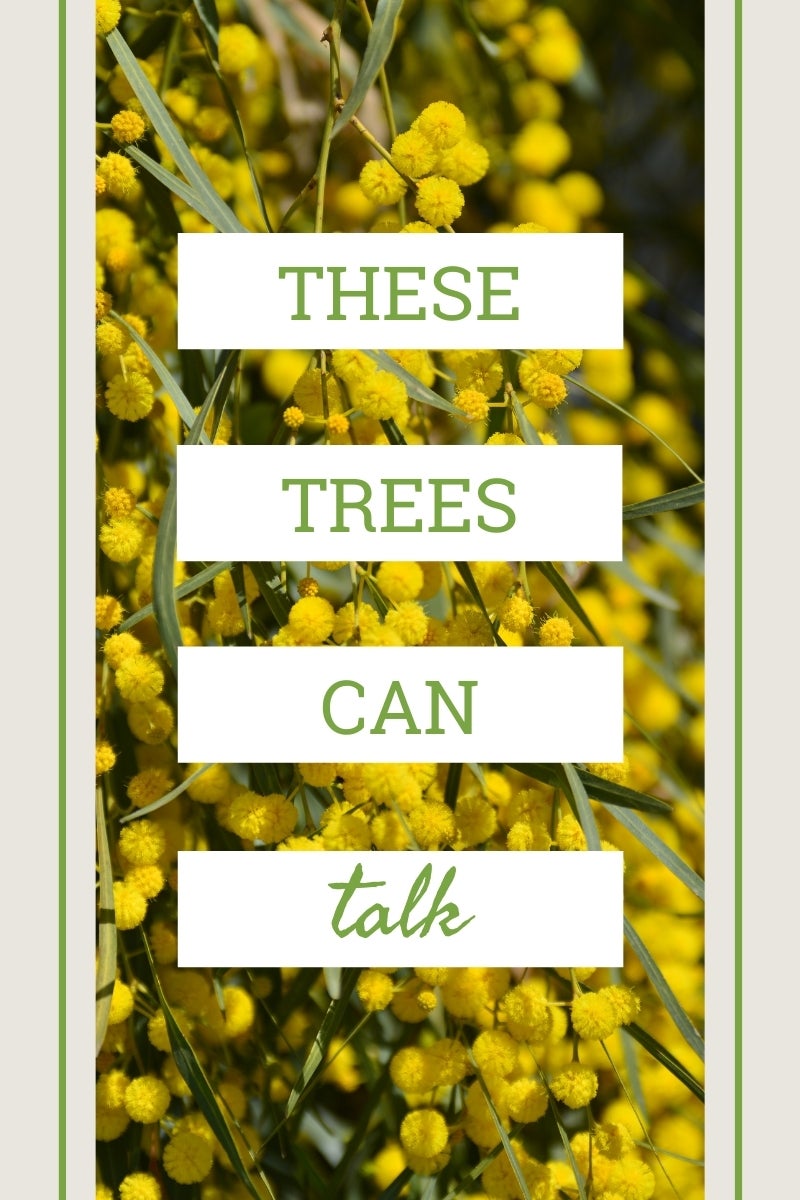 I don’t live in a region where one of my favorite trees can be grown. However, it is a fascinating and tough specimen. If I could be a tree I would be an Acacia, a plant with many uses. In the wild, this tree is a host for certain butterflies, and an important food source for many animals. It is also the source of Acacia gum, or gum Arabic. Many species sport large spines which form a tree defense as well as help keep the plant from losing water.

I like a plant with many uses, and natural defenses. Acacia are a genus of over 1,000 species. The classic tree varieties are generally found in warm regions. They are members of the pea family and form large pods. As members of the pea family, they possess the ability to fix nitrogen in soil, a very beneficial quality in regions with low nutrient soils.

One of the Acacia tree uses is found in our everyday lives. The Acacia gum, or gum Arabic, is a water soluble fiber often found in our food. It is used as a stabilizer, thickener, and emulsifier. It is generally considered safe for use and found in a host of food products. The fiber is not digested but does contribute to a feeling of fullness. It also slows digestion which can minimize the glycemic content of the meal. It also contains beneficial biomes that contribute to a healthy gut. Studies have even been done that show it has a positive effect on regulating cholesterol.

But this isn’t why I’d like to be an Acacia. I like the spines, and the nitrogen fixing properties, as well as its contribution to health and food. It isn’t its interesting symbiotic relationship with certain ant species who kill leaf-eating insects and transport the plant’s seeds. The real reason I like this plant is its ability to “talk” to other Acacia.

Communicating With Each Other

When the plant is attacked during foraging, it releases ethylene gas that other Acacia pick up on. This causes all the nearby trees to release tannin, a compound that makes leaves bitter. This is known as hormonal sentience and occurs in many other trees and plants. It is an important tree defense that prevents the tree from being over-grazed.

Acacia tree uses also include building and other wood production. The wood is hard and long lasting. Acacia koa is native to the Hawaiian islands and often referred to as Hawaiian mahogany. It is made into canoes, guitars and surfboards. The various species of  “wattle” are native to Australia and are primarily animal food. Kangaroo Thorn, a South African native is used to make charcoal and to build fences. There are many other useful species that grow around the world in warm climates.

Hormonal sentience is just one reason to love these trees. While I can’t grow one, I can revel in their interesting properties and uses. They are an important part of the plant population and should be revered and protected.