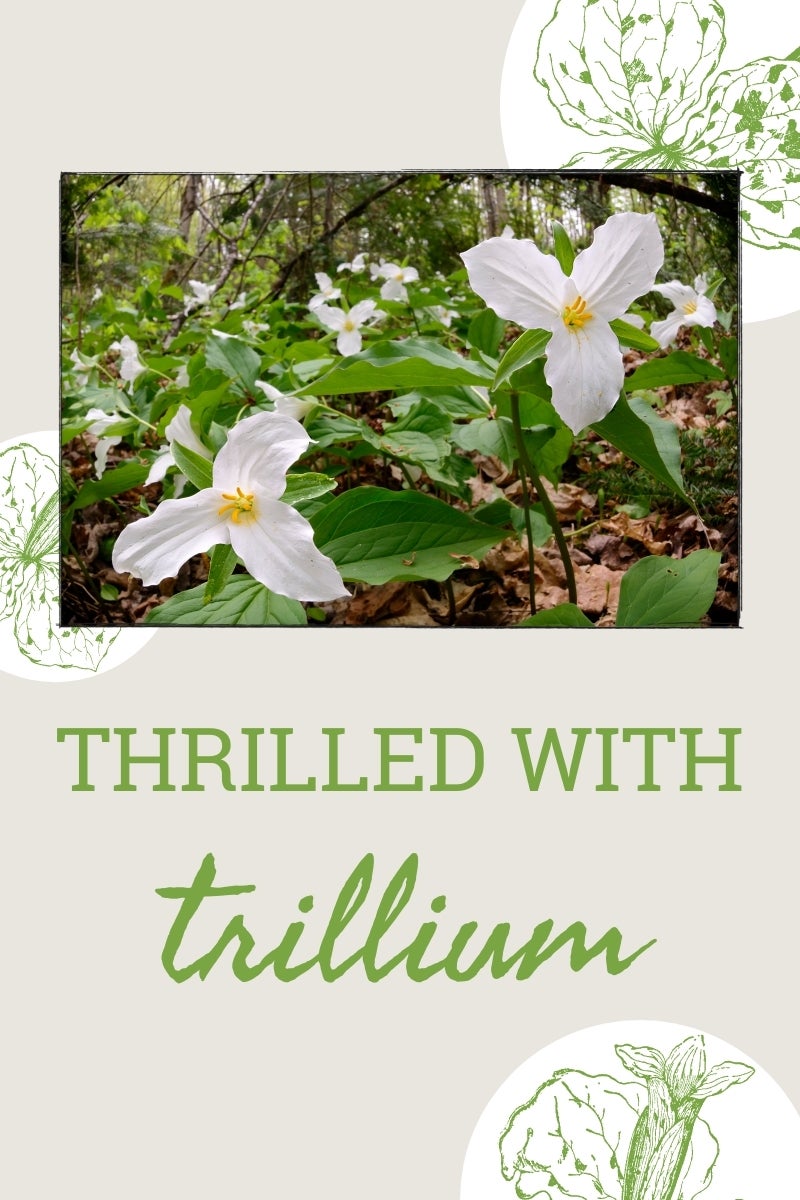 When I was much younger and prone to meandering through the forest near my home, I would often come across large swaths of trillium in the early spring. As I aged, my wanderings grew less frequent but I still loved to get out in the woods on occasion. The only difference was I saw fewer and fewer of the pretty blooms.

The land that trillium plants once called home has been steadily razed and built on, making a sighting of the flower something of a rarity. They can still be found, but one must look deeper into the forest.

Or so I thought. About fifteen years or so ago I moved into a house with two towering evergreens situated in the backyard. The area beneath these behemoths was heavily shaded and overrun with mock strawberry, ferns, woodruff and a single trillium.

I was overjoyed to see a Western trillium or ‘wake robin’, a reference to its early bloom time. I was determined to preserve the flowers growing site by fencing it in so the animals couldn’t trample it.

Why all the care? If a trillium bloom is damaged, the leaf-like bracts can’t produce food for the successive year effectively calling a halt to the plant’s life cycle.

So each year I waited as temperatures warmed a bit to espy the trio of white petals appear aloft above the bracts. I also hoped for additional trillium; a mini field beneath the trees would have been marvelous.

But I waited in vain. We remained in the house for another ten years and, in all that time the little trillium steadfastly made an appearance, but there was no sign of others.

You see, it takes 7-10 years for a trillium to bloom, so it’s unlikely the original plant died and I was viewing a new plant. Trillium can live for about 25 years. Who knows how long it had been there when I moved in, but it was still alive when I moved on… sadly alone.

I hope the new owners derive as much pleasure from the Western trillium as I did. I also hope it’s still alive and kicking and, fingers crossed, propagating.