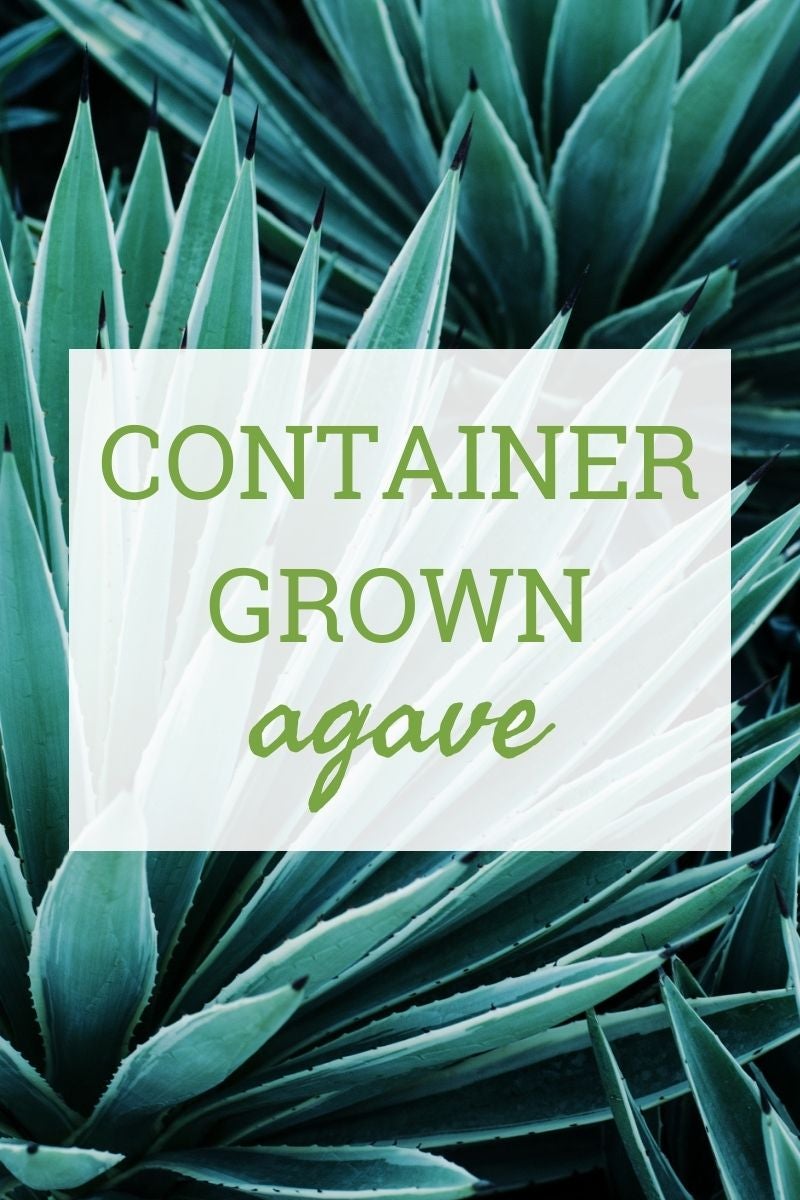 One of my favorite types of plants are succulents. I have a slew of them, many indoors, but a few outside. We have a cactus, sedums, hens and chicks, and even an agave outdoors. My agave is a wonder. It is one of many container plants that stay outdoors all year around. It has been moved 3 times to different climates, and it is still healthy and beautiful.

A couple of decades ago, I purchased several varieties of succulents to make a dish garden for outside. That first winter, several of the plants succumbed, but a few made it. Over time, the sole survivor was the agave, which had had a baby. I separated mother and daughter and replanted both the next spring in larger containers. I have since lost the daughter plant, but the mother remains an enduring specimen, housed in its clay pot.

This agave is a true survivor. I have lived in zones 5, 7, and currently in 6. The container is left outdoors all year. Apparently it is only hardy to USDA zones 7 and above, but I beg to differ. It has never shown any ill health after being covered in snow and ice. The gorgeous blue tinted leaves have no problem with the cold and it never loses them due to the chill. Occasionally, it will drop one in spring or summer, as it actively grows new leaves.

I have contemplated putting this plant in the ground numerous times. Whether out of sheer laziness, or because I truly love it in its Mexican themed container, the plant remains potted. It is surrounded by a cement statue of a mermaid, a Japanese pagoda, and oddly, a small statue of a seahorse. Among these statues are other container plants, some of which are succulents. The agave really shines, with its color, thick barbed leaves, and rosette form. I do nothing special for my agave, save giving it water occasionally in spring and summer. It is exposed to blazing sun in summer, but as the solar light moves into fall and winter, it is in more and more shade.

“Fiddly-Dee”, says my agave. “Bring it on”, says my agave. “The little things don’t bother me”, says my agave. I think the plant is stubborn. It just refuses to give in to weather and conditions that could cause it distress. Instead, it produced another baby, which now resides indoors. I should probably repot it and give it new soil. Perhaps I should feed it, too. But the tender neglect in which it has resided for over 2 decades seems to belie that advice.

I love this plant. Don’t let my cavalier attitude toward its care confuse you, though. I love how stoic the agave plant is. I love its devil may care style. I love that it is a reliable old friend, who shows up every year with carefree beauty and indomitable will.