Up, Up and Away: Vertical Vegetables Look Good And Harvest Easily 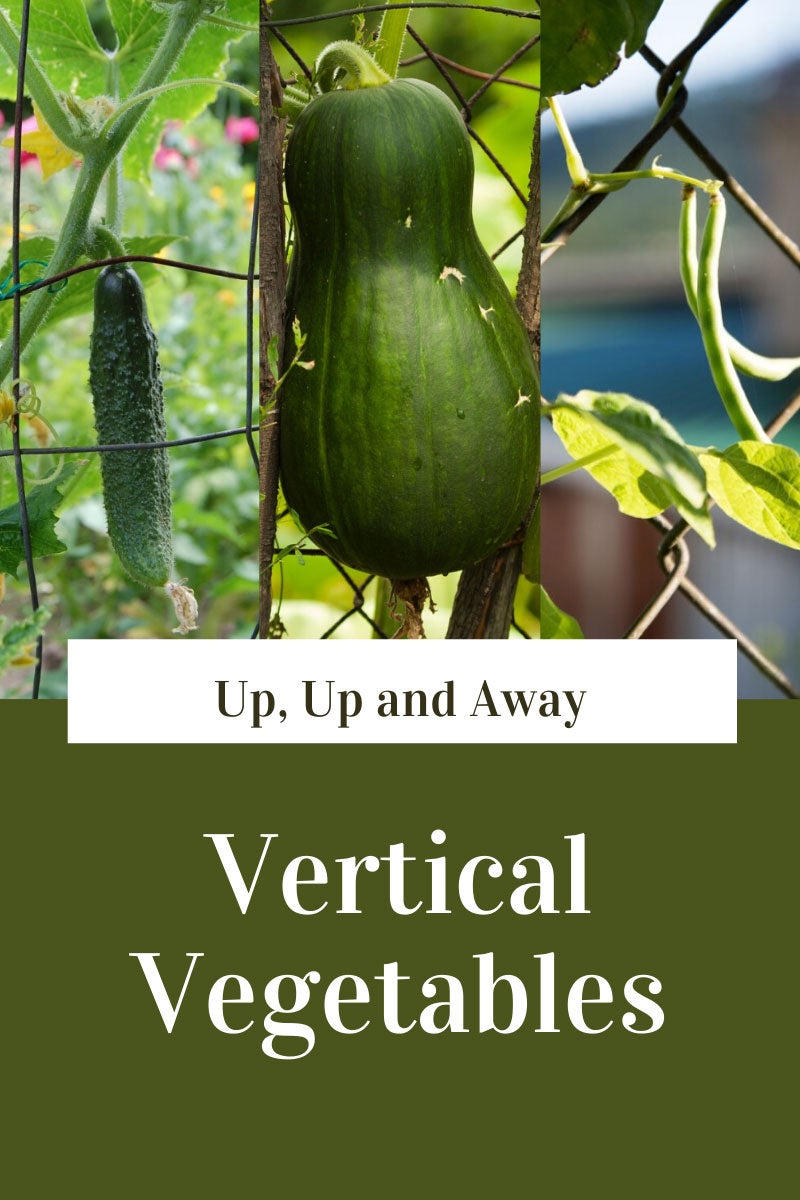 Every year we plan a vegetable garden but until fairly recently it was plotted out in a standard rectangular garden plot. Then two things happened”¦

Making the “Move” to Vertical Gardening

The first thing to happen was we moved. That’ll shake things up in the gardening department. We no longer had the type of space for a large garden plot as we had before and, yet we still wanted the pleasure of growing our own produce.

Although we had less room for a veggie garden, what we did have was sun, and lots of it, and the second thing that happened – an extremely ugly chain-link fence that extended up 8 feet. Having had the pleasure of writing several articles on vertical gardening, I knew exactly what to do with that unsightly fence, at least in the interim.

Growing Veggies on a Fence

That was almost three years ago and we do, indeed, grow lots of our food vertically. The corn goes against one end of the fence and is combined with beans and summer squash. I know, not my idea but rather one that goes back centuries (Three Sisters) and it really does work.

Cucumbers, snow peas, runner beans, green beans, zucchini, and even winter squash (this year it is spaghetti and delicata squash) rapidly cover up the dreadful metal fencing, leaving us in a vibrantly green, ultra-private oasis. Best of all, harvesting vertical veggies makes things so much easier (and cleaner).

Each year to a gardener is yet another year to top the last and I am no exception. So, the vertical growing experiment has now expanded into my front yard which has a small covered porch decorated with wrought iron posts. And what is growing up those posts and railings as we speak? Yep, more vertical vegetables.

Not only are we getting to grow our own food, and plenty of it, but the one thing about this property that bothered me, the lack of privacy due to a see-through chain-link fence, has been solved. At least during the growing season.

I mean it’s not like we’re going out to our backyard to relax when it’s snowing and 18 degrees F. (-8 C.) outside. Actually, we do but no one else is out so”¦