I Dream Of Visiting Tudor Gardens 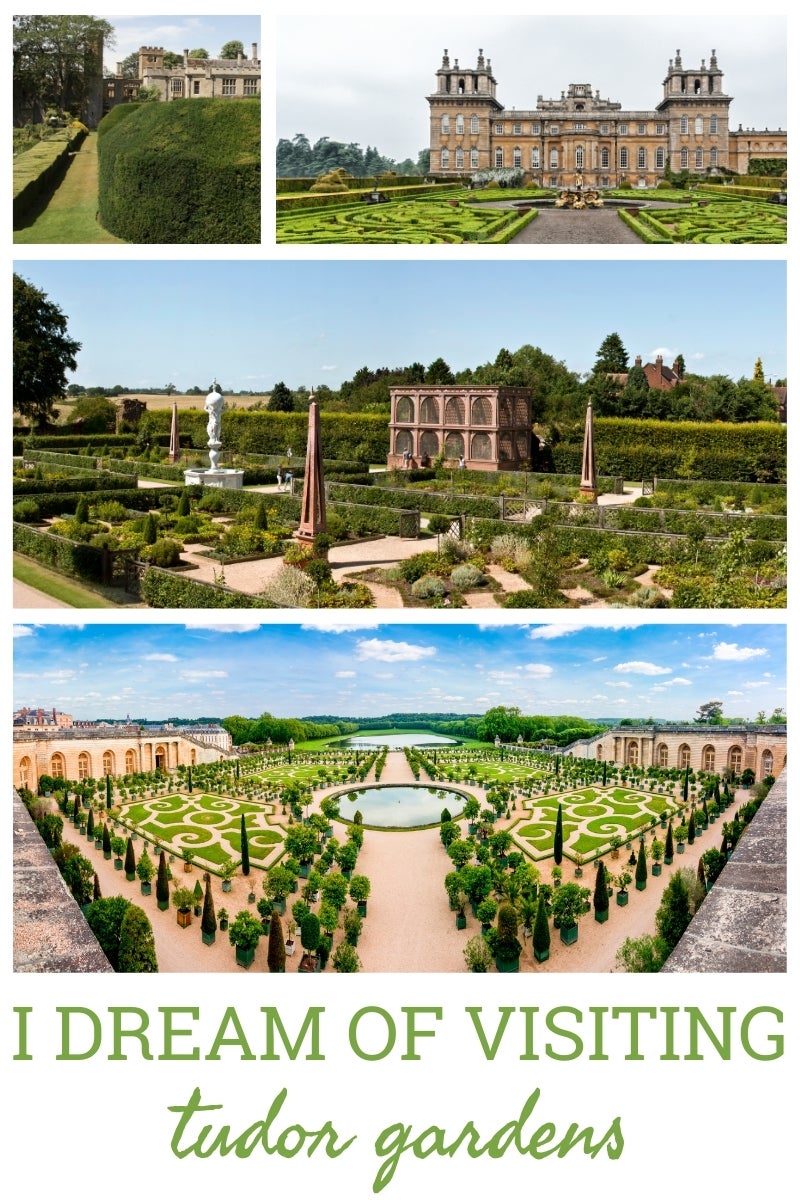 I am not much of a traveler. While the concept of globe-trotting sounds romantic, I’m quite content staying in my small corner of the world and attending to my own garden. But if I were to travel abroad, the must-see on my touring agenda would be French-style and Tudor gardens, particularly those with formal garden designs featuring a knot or parterre-style garden.

I’ve always been drawn to the Tudor era in history. I suppose this goes back to every little girl’s dream of being a princess. To me, the thought of looking down from one’s bed chambers every morning and seeing the fog lift from a Tudor knot garden below seems intriguing.

What is an English Knot Garden

While we often associate the Tudor knot garden design with Elizabethan England, these formal garden designs came from Italy much earlier during the reign of King Henry VIII. Often created with low-growing shrub like evergreens, these geometric gardens used color and texture to create visually-interesting patterns.

The typical English knot garden design featured rows of intersecting hedges which were trimmed to give the appearance of being woven together, like a basket. Two popular plant choices used in Tudor knot garden design were hyssop, with its dark green leaves, and the grayish-green foliage of lavender plants.

What is a Parterre-Style Garden

A similar garden design is the parterre. This French-style garden features evenly trimmed shrubbery in ornate patterns. While both garden styles contain geometric designs, the parterre-style garden is more likely to include intricate design elements, such as a fleur-de-lis. Low-growing varieties of boxwoods were commonly used in these gardens.

While I find these formal garden designs to be both refreshing and inspiring, the amount of work necessary to maintain them is not for me. (Not to mention, the formality of these gardens would clash horribly with my cottage-style, depression-era house.)

Perhaps, someday I’ll travel to Europe to tour French and English gardens. Currently, many of these gardens are closed to the public due to the pandemic. But for now, I’m content to look at pictures and take virtual tours of parterre-style and Tudor gardens. Here are some of my favorites: