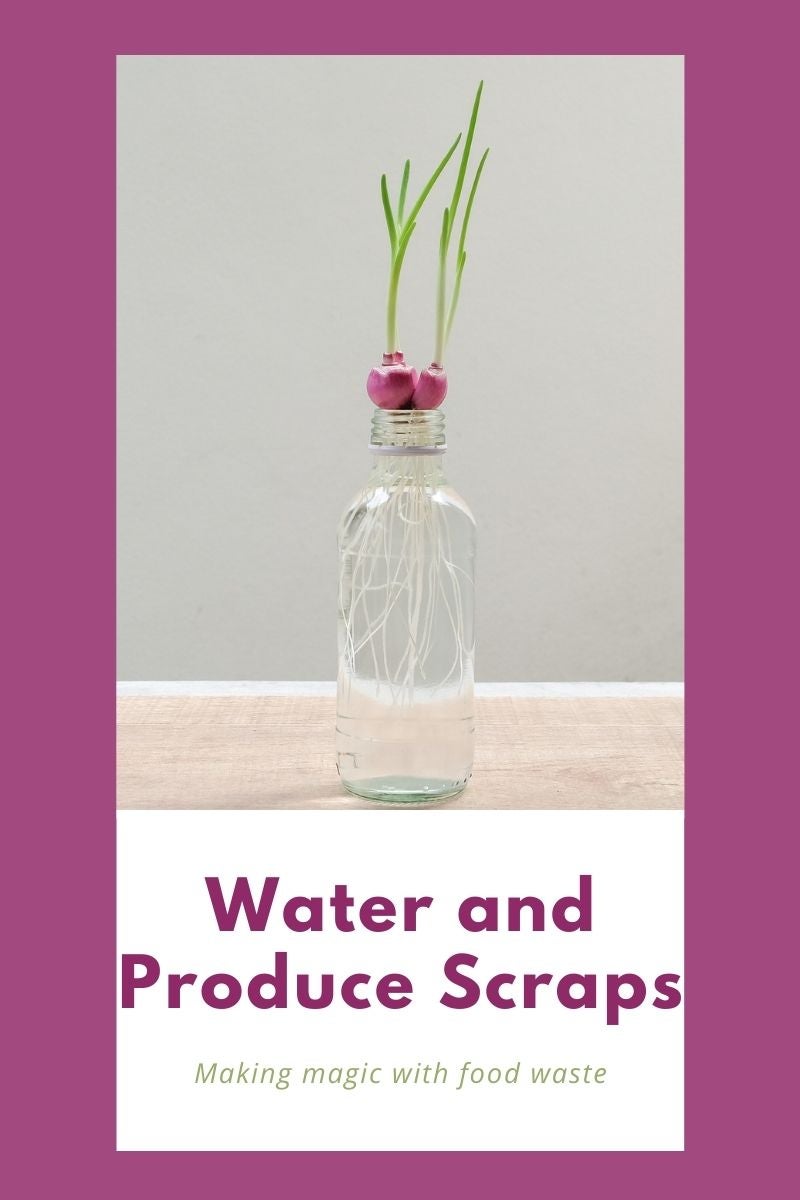 Most of us have tried to grow an avocado pit with some to no success. Mine became a plant but there was no chance of getting fruit, unfortunately. Wouldn’t it be nice to have a win with leftover produce debris? Fortunately, you can, and I did. I tried growing a variety of veggie scraps with some actual success.

I’m a fan of free plants. It all started with my cooking career and some filched potato varieties which I planted in my garden. They produced for years, thanks to leaving a few in the ground every harvest. I became curious about growing other food plants from the remains of veggies. A quick internet search showed me that you can start plants from numerous food scraps.

My first start came from a stem of basil that my sister gave me. It was accidental, as all I wanted to do was keep the basil fresh until I could use it. I placed the stem in a glass of water and in a few days, it was rooting. So, I planted the cutting and soon had a decent sized basil plant. I was able to use fresh leaves for quite a while until the plant finally departed this mortal coil. I was now hooked on growing vegetables from cuttings.

My internet search was purposeful. The growing season outdoors was coming to an end and I was aching for some more fresh produce. Plus, we live in the middle of nowhere and trips to the grocers are only once per month. The first of my veggie scrap starts was the end of my celery. After using all the stalks, I would usually cut the end into smaller pieces and compost them in my tumbler.

However, this time I filled a shallow dish with water, just enough to cover the root end of my celery base. In just a few days time, there were new leaves forming. I wasn’t sure what to do, so I put it in a pot of soil. This was not a good idea. The newly forming plant withered and died. So, I tried again but kept the end in water. I never got good sized stalks but enough leaves and a bit of stalk to flavor my recipes.

I was jazzed up and next started some carrot tops and part of an onion. The onion produced nice little sprouts similar to green onion greens. The carrot formed leaves and started to develop roots. Carrot leaf pesto was an interesting experiment. Of all the attempts at growing vegetables from cuttings, the Allium family was the best. Shallots and onions produced delicious little green tendrils that were delicious in food. Veggie scrap starts won’t really turn into a fully fledged vegetable like the one you grew in the garden or purchased at the store. However, it is a fun project, super easy, and did yield some interesting and tasty results.