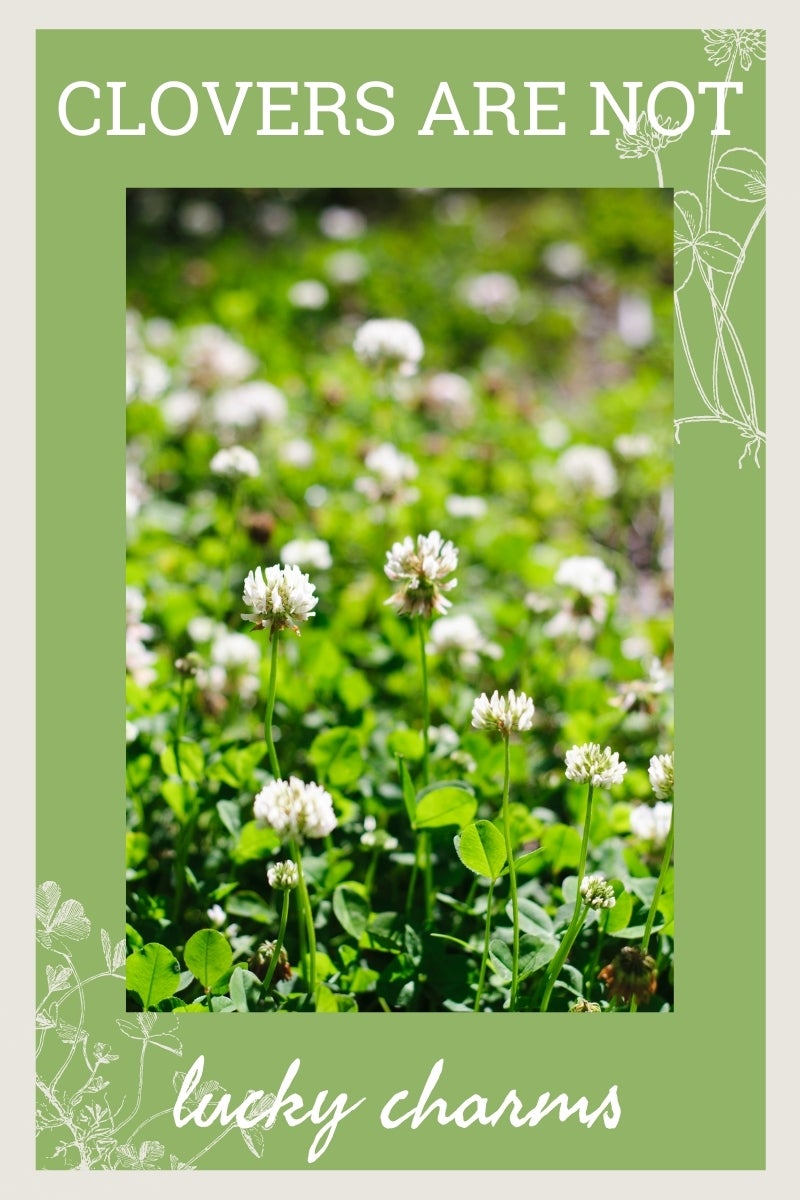 Even though gardeners love to garden, most of us have one chore that is the bane of our existence. For lots of people, weeding is the most heinous chore known to mankind. I on the other hand generally love to weed… except when it comes to clover.

Clover is a perennial with small white blooms that grows low to the ground. It has charming foliage comprised of three small connected leaves that look like, well, clover. This clover however is anything but auspicious. When I find a patch of clover (because yes, clover is never a solitary weed) I feel downright unlucky.

Why do I have such an issue with clover? Clover reproduces via both seeds and creeping runners, and it is these scattered tiny runners that give me fits. I don’t use any sort of weed killer so the only way to eradicate the weeds is to dig them out. Trying to get all the radiating rootlets of clover is a near impossible task. Invariably, a couple of days later, the clover patch looks like nothing ever happened to it.

Clover seems to gravitate towards growing in the lawn, but here I let it be. It is green and blends in with the lawn so it has never bothered me.

It turns out that prior to WWII, clover was purposefully included in seed mixes for lawns. Clover, a legume, has the ability to fix nitrogen, plus it thrives in drought conditions and poor soils which made it a perfect addition amongst the fescues and Kentucky bluegrass of the time.

Of course, the lawn isn’t exactly my domain. My partner is the one who fusses over the lawn like it was a PGA championship golf course. I have tried to explain to him the beneficial effects clover has on the turf, but he’s having none of it. He apparently ascribes to the aesthetic of post war suburbia and the increasing use of chemicals. We have had words on the subject but compromise is the key to any relationship. So, the clover stays!