Purslane, Thou Art My Bane 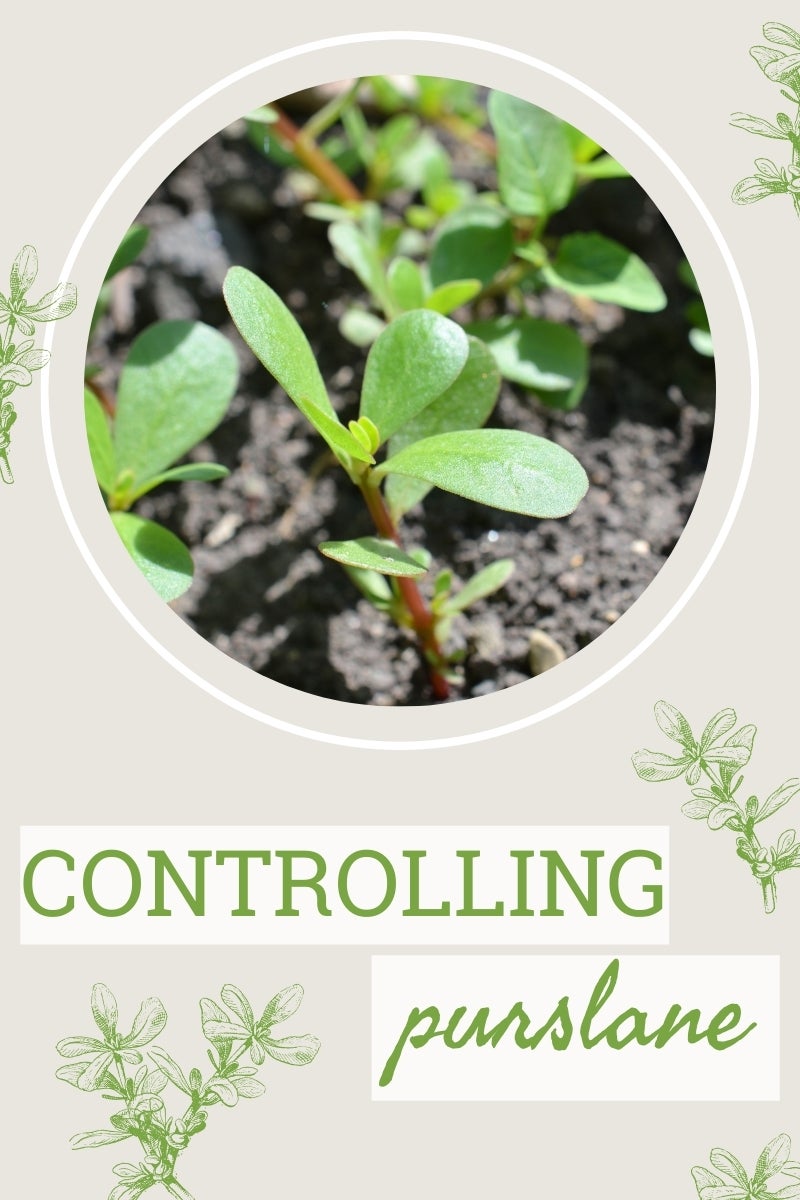 Organic gardeners can really take a hit when it comes to weed control. There are some effective homemade herbicides, but there are also some weeds that just thumb their noses at such attempts to eradicate them. Purslane is one of the latter. It is like something out of a horror movie in that it will spring back even if you think you have killed it. It also spreads like wildfire, creating a pandemic of matting weeds and their attendant yellow flowers. I hate the stuff.

I never really had a problem with the weed purslane until I moved to the hot, dry side of the state. In spite of deeply freezing temperatures in the winter, this annual reliably springs up every year. My much neglected new property was rife with the stuff when we moved in. In life, it is good to try to make lemonade from lemons. My foraging book recommended eating the stuff and touted it as one of the top edible weeds. So we tried. It is not an unpleasant taste, a bit grassy. However, the texture leaves much to be desired. It is like an overcooked okra, mucilaginous and slimy. So the thought of leaving it as part of our edible landscape was taken out of the equation. Annihilation it was to be.

I tried just hand digging out the huge, sprawling mats of the stuff. Image-wise, this worked until a couple weeks later. I soon had large patches developing in the same sites. Not one to give up easily, I dug these up again. There is a saying that insanity is doing the same thing over and over again and expecting different results. I was officially insane. Research indicated that any part of the purslane root or leaf left behind would cheerfully re-sprout. It was like a bad dream.

Next up was horticultural vinegar. I hoped this acidic product would burn out the plants and provide excellent purslane control.  It has worked on some of my most tenacious weeds but I knew it would require reapplication. No matter, spraying was much easier than kneeling in dirt and digging. I sprayed, waited a week, sprayed again. Lather, rinse, repeat. For a month I tried the vinegar but the waxy cuticle on the leaves of these edible weeds resisted taking in the poison. What was that saying again? Vinegar was not a good purslane control.

Finally, I tried my excellent homemade, all purpose weed control solutions. Surely the plant couldn’t withstand an assault of the simple, but effective, boiling water and salt method. Nothing. The next option was a mixture of Borax and water, spot sprayed on each plant. Nada. I was really ready to rip my hair out, but it was the end of season and we had a freeze. I assumed the plant would succumb. Nope. It finally did die back after sustained freezing, and I hoped getting on it early in spring would control the problem. How many ways are there to say “no”?

You guessed it. Spring was purslane’s time. It revelled in the warming temperatures, giving me rude gestures at every turn in the garden. It was worse! Apparently each plant can shoot out thousands of seeds which will just wait in soil until conditions are ripe for germination. I probably had millions of seeds in the ground at this point. The only thing for it was solarization. Large swaths of black plastic covered the bare ground for months. Did it work? Nyet.

So I am waiting for another spring and the yearly battle with purslane. It is useless to me as an edible, it is far too prolific and tenacious, but maybe I should live with it. It has rather pretty leaves, and attractive golden blooms. Should I just treat it as a natural ground cover and not worry about it? Spring will tell the tale.

Tell us what you think: Leave a comment
31 people are already talking about this.
Printer Friendly Version
Read more about Backyard Stories
<PreviousNext>
Did you find this helpful? Share it with your friends!
FacebookTweetPinEmail