Weeds, Weather, and Pests In The Garden 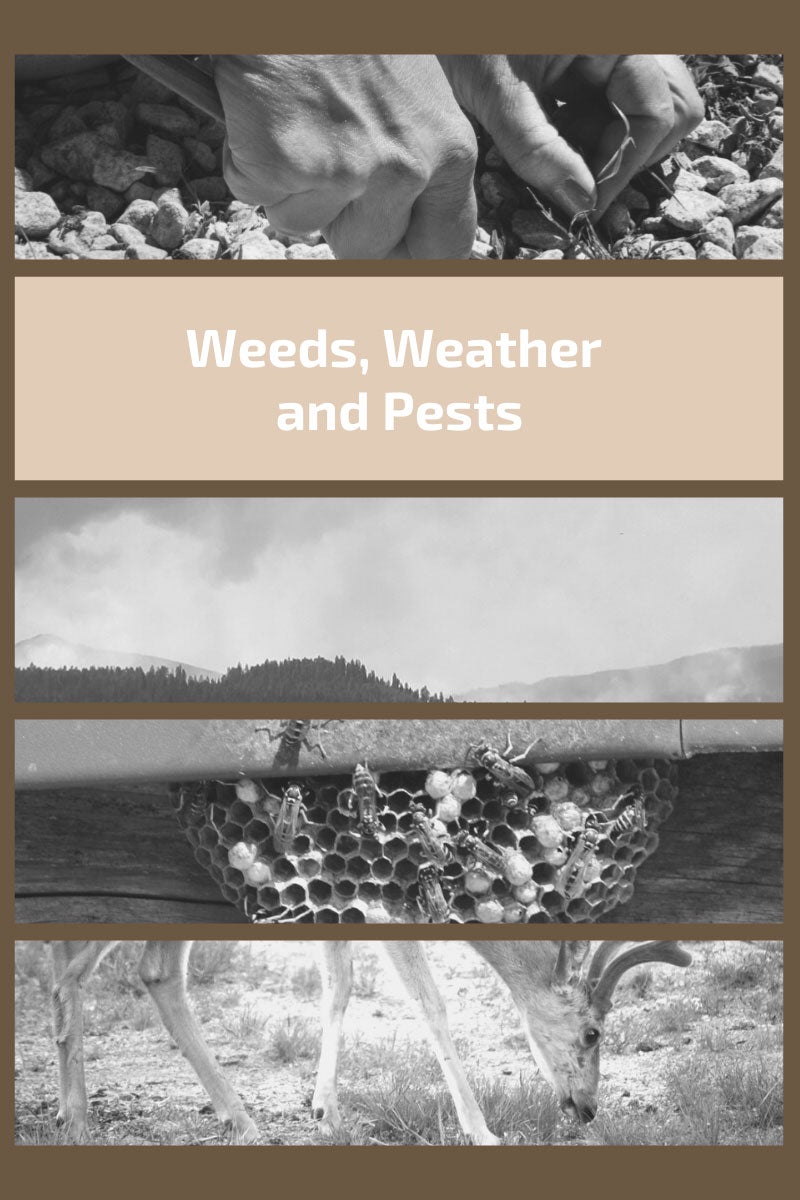 When it comes to handling issues in the garden, sometimes I want to just throw up my hands and pour concrete over the entire kit and kaboodle. I live in the high desert region of Eastern Oregon, and it’s a trifecta – weeds, weather, and pests.

Battling Issues in the Garden

There’s not much I can do about the weather. We aren’t safe from frost until about June 1, and newly planted seedlings (and local wheat crops) are sometimes pounded by wind and hail throughout early summer. Summers are traditionally nice once they get started, with warm days and cool nights. Lately, however, summers are sometimes so smoky that it isn’t healthy to be outdoors. (Thank you, global climate change).

There were no fires in the area last summer, but we were inundated by wasps. A few are common, but the numbers were incredible across the region and nobody seems to know why. Maybe the wetter than usual winter? I’m committed to a chemical-free yard (as much as possible), and we probably knocked down thirty or forty small nests with a rake.

However, when they’re continually building nests under the deck (and other places we can’t reach), they’ve just gone too far. This species was extremely aggressive, and after numerous stings, we blasted them with wasp and hornet spray. This all-out battle continued until the first hard freeze.

There’s always the deer. There’s no way we can afford to build an 8-foot fence around our gigantic yard, and I actually enjoy the deer, so I try to co-exist. They don’t bother my echinacea, rudbeckia, poppies, or zinnias, and a motion-activated sprinkler protects tender tomatoes and peppers.

A 94-year-old member of our local garden club recommended a product called “Liquid Fence.” I’m going to try that on a few strategic spots this summer, and I may even try planting a rose bush or two.

Weeds? There’s really not much to say, except that I love my Hori-Hori knife and short-handled Japanese weeding sickle when combatting these pests in the garden. We’re going into our fifth summer here, and we’ve probably reduced the sandbur population by at least half. We also fight Russian thistle, yellow mustard, cheatgrass, dalmatian toadflax, diffuse knapweed, and many others.

We take it one day at a time, one season at a time. Still, it tests my patience but one can only hope for the best in these situations. Weeds, weather, and pests”¦we all have issues with them at some point.